Below is an insightful update from Alex McNeil, who is Quark's Expedition Leader on the Greenland Explorer. Alex has a strong passion for the polar regions, and has traveled extensively in the Arctic and Antarctic, completing nearly 100 expeditions:

Things have been going incredibly well. Everything we have been able to do has far exceeded even my own expectations for this voyage. We have been able to identify and take advantages of every opportunity and the passenger energy is very high. I think that the key element to this success is that no one really knew what to expect. We have had the ability to highlight all aspects of the places we have visited and have not only been able to achieve our initial goals but also to create added experience value in many ways.

On day three the original itinerary showed a transit of Prins Christian Sund, the excitement started on our approach, when the first narrow part of the entrance was seemingly blocked by a large iceberg. There was only a narrow gap between the iceberg and a small island holding us from either making it into the sound or having to turn back out into 40kn winds outside. After assessing current (we were luckily going into the current, and did not have it behind us), soundings, and the composition of the ice Captain Oleg decided it was safe to proceed. It was an incredible feat of navigation and all of the passengers cheered as we cleared the passage and entered the fjord. In the recap the night before I had told the passengers that our goal was to transit Prins Christian Sund and ship cruise through this scenic fjord. As always we would take into consideration time, distance, and local conditions and see if any opportunities presented themselves. 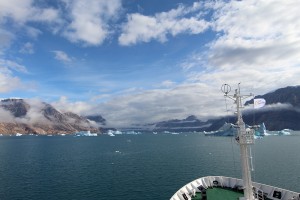 Shortly after entering the fjord our first opportunity arose. There was a sheltered bay with a nice glacier where conditions were stable and we were able to offer a zodiac cruise. The passengers were thrilled and when I returned to the ship I was satisfied that we had already exceeded any expectations for that day. As the day progressed after lunch, and after spending a significant amount of time studying the topographical maps and nautical charts, we found an option for an afternoon landing. A true expedition landing as no one had ever been into this fjord arm before. We were able to land, offer an extensive hiking program (charger, medium-fast, medium-slow, and the best contemplative walk I have ever been on). We had plenty of time to explore this magical place and everyone returned to the landing with smiles on their faces. From a day which began with a very low probability for success, and with the weather Gods seemingly against us, we were able to offer two landings and a stunning ship cruise.

The following day the rough weather had passed, we were off to the south of Hierjolfness, the sun was out and the sea was calm. The exposed landing site was clear and ready to receive us. Our first taste of the rich Viking history everyone had been learning about was ahead of us. The weather held, we made it ashore, and had ample time to explore the ruins of the Viking settlement. Laurie said that he had not been able to land here for the last 7 years despite many attempts. We then re-positioned to Uunartoq where we were able to offer a hiking program as well as a hot spring dip (which was actually warm) to all. The best part was that the hiking groups were so well spaced that the pool never seemed crowded. There was a slight mist and nice big bergs floating by. One berg was even nice enough to entertain us with a collapse and flip performance. 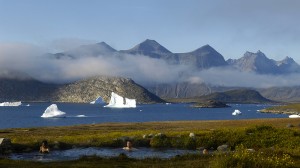 Our schedule had shown us continuing on the theme of Viking history for the following day with a visit to Hvalsey. However there was one element of this area of Greenland that I knew was entirely unique, and that our guests would not have the opportunity to experience anywhere else; the agricultural economy of South Greenland. After trying to find contacts and utilizing every resource I was finally able to get in touch with a nice lady named, Malena from Igaliko. She said that the community would be happy to welcome us so we planned to be there in the morning and Hvalsey in the afternoon. We awoke to fog and mist and by all estimations we were in for a wet and foggy landing in this remote community. Upon our arrival to the beach we were greeted by Malena and her sheep dog Koko. Her first words were "I think it’s going to be a nice day" as she finished her sentence we looked up and saw our first glimpse of blue sky. Coincidence we were sure. I asked what options were available for our passengers other than visiting the Viking ruin of Gardar (the cathedral of Eric the Red, a pretty big deal), she said that there was not much but she could do a farm tour. As the boats came ashore, the weather changed from fog and mist to brilliant sunshine and blue skies (shorts and t-shirt weather). 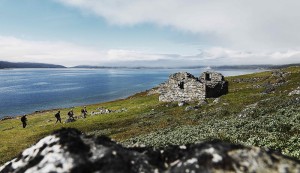 Everyone walked up to the Viking ruins and from there Malena and Laurie gathered people for a farm tour. At least 60 passengers joined and Malena was incredible. She managed the group as if it was an intimate tour for a small group, answering every question and involving everyone. I did not take the tour but the feedback was that it was the best experience anyone had experienced thus far. Malena and her sheep dogs walked with everyone to her family farm where they met her sheep and lambs, she showed them the buildings and discussed the processes involved. People could not believe that the farm was managed by Malena, her husband, and their son. Three people only! The weather held throughout the landing and before noon the day was already a great success. We came back on board and re-positioned to Hvalsey. The sun remained throughout the day and we offered hiking groups around Hvalsey, each group (especially the contemplatives) ample time at the church ruin. This was the cherry on top! The itinerary could not have been better planned. To start at Hierjolfness where all you can see are the foundations of the buildings; then to go to Gardar, where you can make out door frames and low walls; finally to finish at Hvalsey and see a Viking ruin standing almost exactly as it did when it was built was the perfect sequence. This was a progression through Viking archaeology.

Stay tuned for Part 2 of Alex's update from the Greenland Explorer tomorrow! 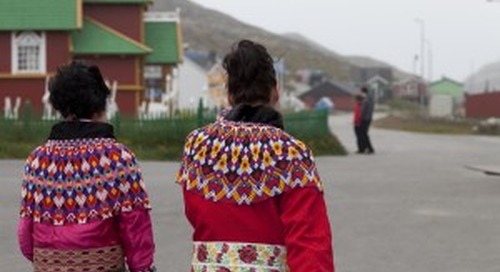 The second update installment from Alex McNeil, Quark Expedition Leader on the Greenland Explorer. Our tim... 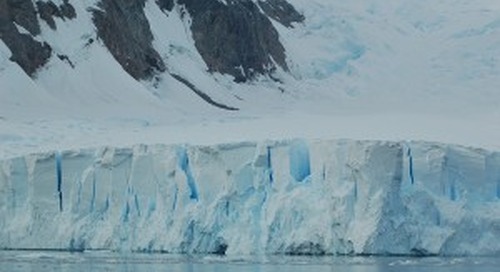 Guest Post: Antarctica through the Eyes of an Arctic Aficionado by Andrew White

As someone who has truly been bitten by the Arctic bug, I was chomping at the bit to see Antarctica. And as...