Our time amongst the Viking spirits was over we headed north and prepared people for our first visit to an Inuit community. An extensive recap highlighted the cultural, social, and economical aspects of these communities. People were excited to visit this remote outpost and move into the next phase of our journey. Yes, I have broken this trip into three phases: wilderness / historical, cultural, and wilderness / ice. 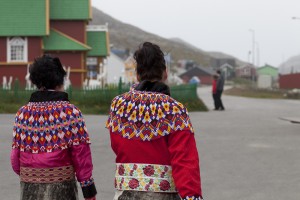 In Paamiut, the shore staff we were greeted by Helga, our guide, at the dock. After finding a floating soccer ball in the drink on our way in the staff broke into a spontaneous game of street soccer with the local dock workers, as we were waiting for our dock to be fixed. A few nuts and bolt tightening’s later and we were ready to go, luckily we had arrived with ample time before passenger disembarkation and Helga was already on top of the local handymen getting them to fix the dock. We had a great team of local guides: Helga (whose mother was watching us from her kitchen window), Christer (the local policeman), Saqqoq (the local paramedic), and Else-Marie. Our guests came ashore and immediately began engaging with the locals. Helga was answering everyone's questions (of which there were many) and the guides went off with folks to show them around the town. 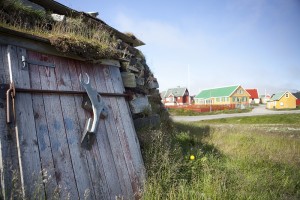 It was like releasing a group of school children, who had been learning about something in class into the theory meets practice arena. Funny enough the local teacher had the same idea, and brought her english class out for a real world test. She challenged her young students to approach the yellow coated guests and practice their english, a test which many passengers were thrilled to take part in. Almost everyone chose to take the fish factory tour. At this time they were processing Cod and Snow Crab (yes there was a tasting). Our guests were given a further insight in the local economic structures of these communities. We arrived around the same time as the local fishermen were returning from fishing and Jimmy and I went over to investigate what the "catch of the day" was. The first gentleman we spoke to, an older man (likely in his 60's), had hauled a good catch of Arctic Char. When we asked what he would sell them for we almost fell out of the boat. He had 10 - 12 large char 10 - 15 lbs each, caught only hours ago, and he wanted 500 kr for the lot. Around $90! I always keep a keen eye on the Char section of the St. Lawrence market and one fish that size would sell for between $50 - $80. Anyhow, Vincent (our hotel manager) was thrilled when Jimmy brought the fish aboard and said his chef would prepare the fillets and be able to have enough for every passenger!

Today we were in Nuuk. Luckily we booked three busses for the bus tour (08:30 - 10:00) as everyone took part, and as it is Saturday nothing was open until 10:00 anyhow. People were able to enjoy the museum and all were keen to see the famous Greenland Mummies Laurie had told us about the night before. Our guests explored the vast metropolis of Nuuk and were back on board by 16:30, some with shopping bags, and most with smiling faces. The ace in the hole was the surprise (yes, I kept it a surprise for dramatic effect) performance by the local choir. They came dressed in their beautiful traditional costumes and sung some soothing hymns in the Oceanus Lounge as we prepared for departure, there was even dancing at the end. We waved goodbye to our guests and set off for Simiut. 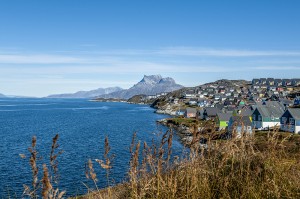 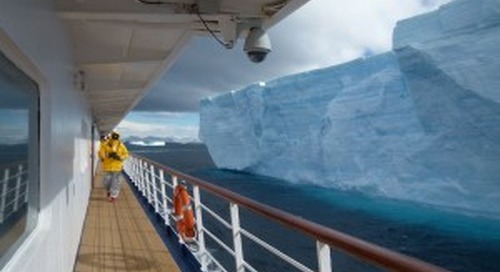 Polar expeditions, by nature, are meant to be immersive, explorative adventures enabling passengers to trul... 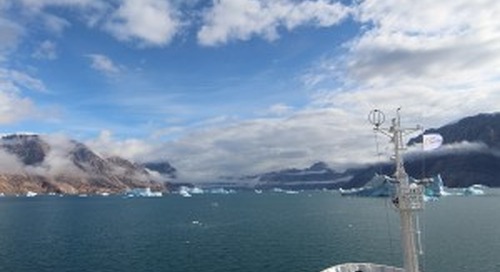 Below is an insightful update from Alex McNeil, who is Quark's Expedition Leader on the Greenland Explorer....