When I was an employee at Quark Expeditions®, I was privileged to be one of the first passengers to experience the Antarctic Express: Fly the Drake expedition when it launched. My husband, Jeff, and I were intrigued by this opportunity to shave 4 days off the time we would otherwise have spent at sea, crossing the Drake Passage. 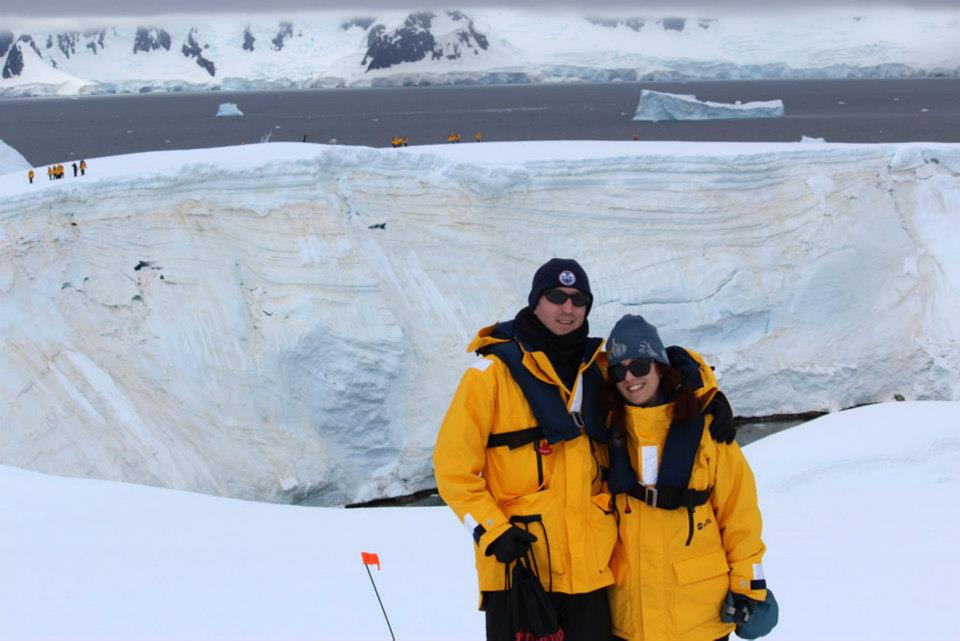 As we began planning our fly/cruise vacation, we discovered that we’d actually be traveling through 2 amazing cities: Santiago and Punta Arenas, both in Chile. Santiago, the country’s largest city and capital, would be our first stop. From there, we’d travel on to Punta Arenas in Patagonia, where we’d board a charter flight bound for King George Island, to meet our expedition ship.

Although we had enough vacation time to make our Antarctic adventure work, we both agreed that we’d rather spend some extra time exploring a South American city. Knowing we would be starting a family soon, it seemed like an excellent opportunity to have one last adventurous hoorah, just the 2 of us (at least for the time being!).

Packing for a Cruise … and a Land Vacation

Flying over the Drake seemed ideal for us, as it saved us time that we were then able to spend in vibrant, visually stunning Santiago. We decided to add an extra night in Punta Arenas en route to Antarctica, and an entire week in Santiago on our way back home. 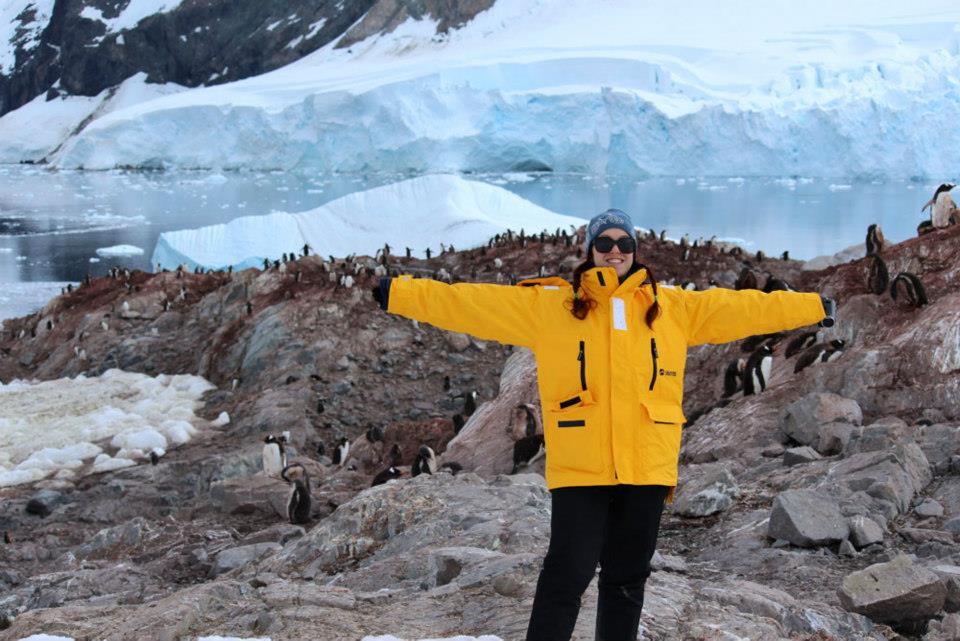 That created a unique challenge, though. We learned that there were baggage restrictions for the charter flight from Punta Arenas to King George Island, as you’re flying right into a Chilean military base and landing on a gravel airstrip.

We needn’t have worried. Our Polar Travel Adviser assured us there would be safe storage for extra luggage at our pre-expedition hotel in Punta Arenas. Sure enough, we met our expedition group and had a safety briefing the night before flying to Antarctica. Our expedition leaders helped us sort through our luggage and made sure that all passengers were within the weight limits but still had everything we needed. We were each given waterproof hiking boots to use throughout the trip, and a Quark parka to keep. Jeff and I left our summer attire in a suitcase that was kept locked in safe storage at the hotel until we returned from Antarctica.

Our expedition group was split into 2 separate flights, and by the afternoon, when it was time for our group to fly, King George Island had been socked by a snowstorm. Despite the sunny, clear weather in Punta Arenas, our flight was delayed. Sharing in this experience with the new friends we were making helped the time pass quickly; after all, the weather is part of the adventure! 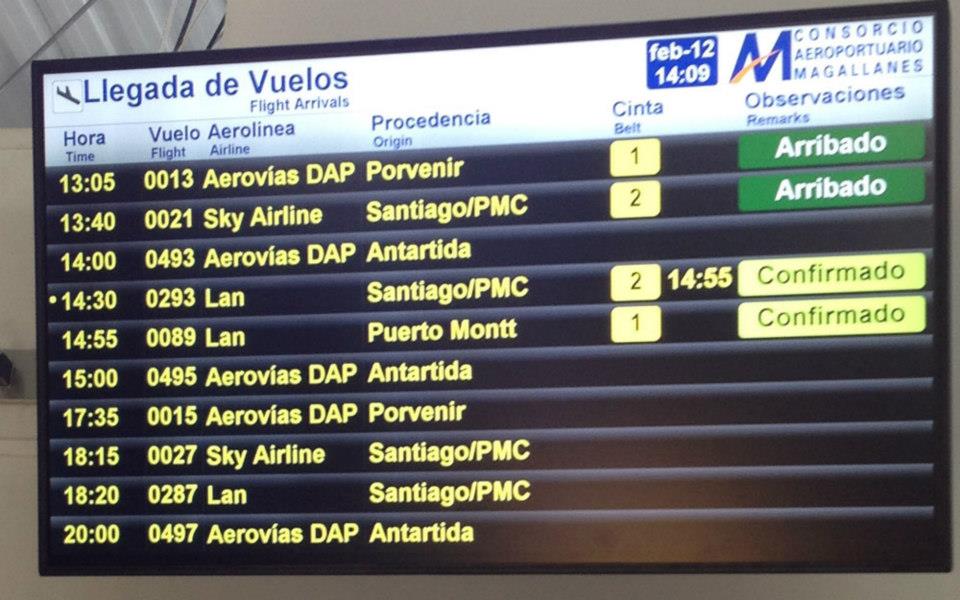 By the time our flight was called, you could feel the anticipation in the air inside the tiny Punta Arenas airport. Walking out to the plane, we were allowed to pause briefly to take selfies beside the aircraft, making sure to capture the word Antarctic emblazoned on its hull.

The mood was celebratory as we lifted off, and once we reached altitude, the champagne came out. Our Antarctic adventure was already in full swing, and the energy was electric as we peered out at the rolling Drake Passage waves beneath us.

Arriving for Our Fly/Cruise

As we made our approach, we donned our muck boots, waterproof pants and parkas. We’d spent at least 2 hours chatting with those seated around us on the flight, but Jeff and I both felt like it had passed in the blink of an eye.

We’re told that our next experience was out of the ordinary, and it really was pretty incredible. As we deplaned, we were hurried into a “muster tent” to wait while a VIP passenger readied to board another plane. It turned out that the president of Argentina had been visiting! Security regulations kept us on the tarmac for a few minutes, but it was quite the spectacle to see. How many people can say they stood in the South Shetlands waving a visiting president’s plane goodbye? 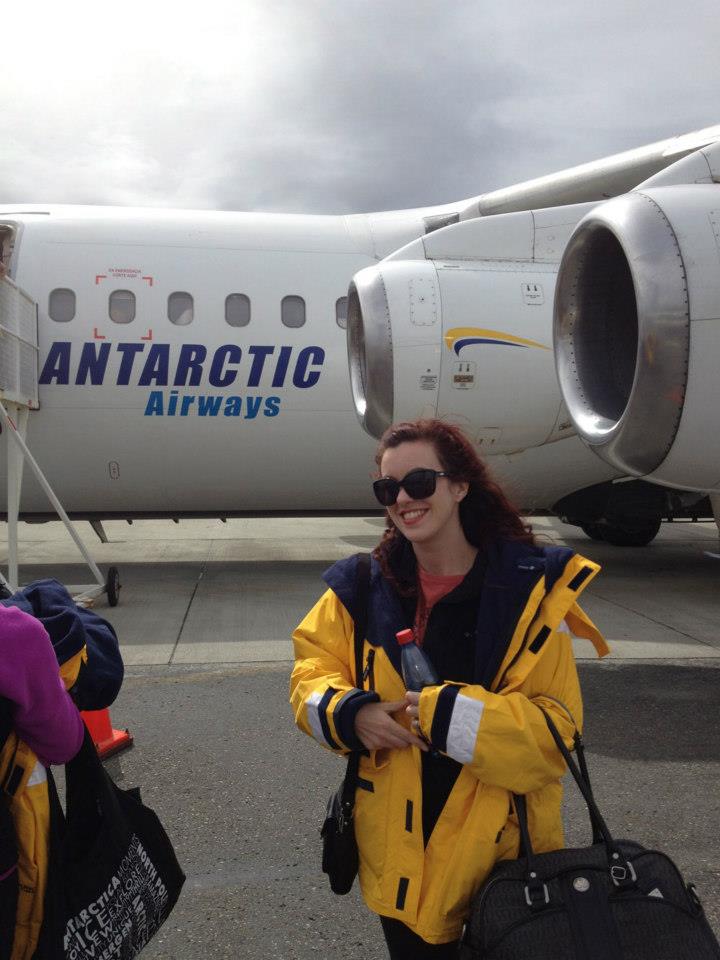 They say you should expect the unexpected when you visit Antarctica. That’s an understatement! Our Antarctic adventure was fascinating and surprising at every turn, and yet we were still able to have those iconic Antarctic moments, like visiting penguin colonies, watching glaciers calve and hiking to epic vantage points along the Antarctic Peninsula.

Best of all, in our opinion, was the contrast in the 2 experiences we had during that trip. The vast, untouched frozen wilderness of Antarctica was a shock to our senses, especially right before we spent a week in vibrant, bustling Santiago. The time we saved by opting to fly the Drake made our combined Antarctic expedition and South American city adventure the trip of our pre-parenthood lifetime!

Keep reading to learn more about the unprecedented access and convenience of fly/cruise expeditions. 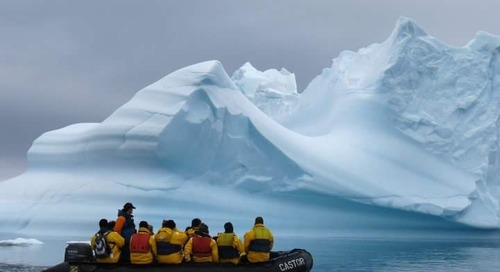 Guest post by Paul Schuster As a Polar Travel Adviser, I was incredibly excited to be amongst the first to ... 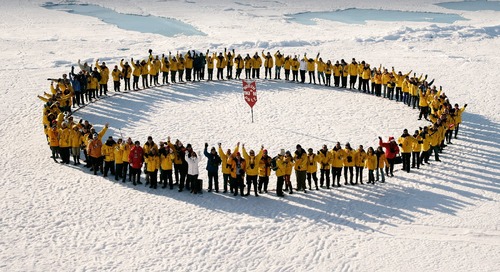 Are you concerned about issues like arctic climate change and are wondering how you can contribute? Do you ...