As a Polar Travel Adviser, I was incredibly excited to be amongst the first to experience a Fly/Cruise Antarctic expedition. It was something entirely new to me, even though I’d been on a traditional polar cruise with Quark Expeditions®. 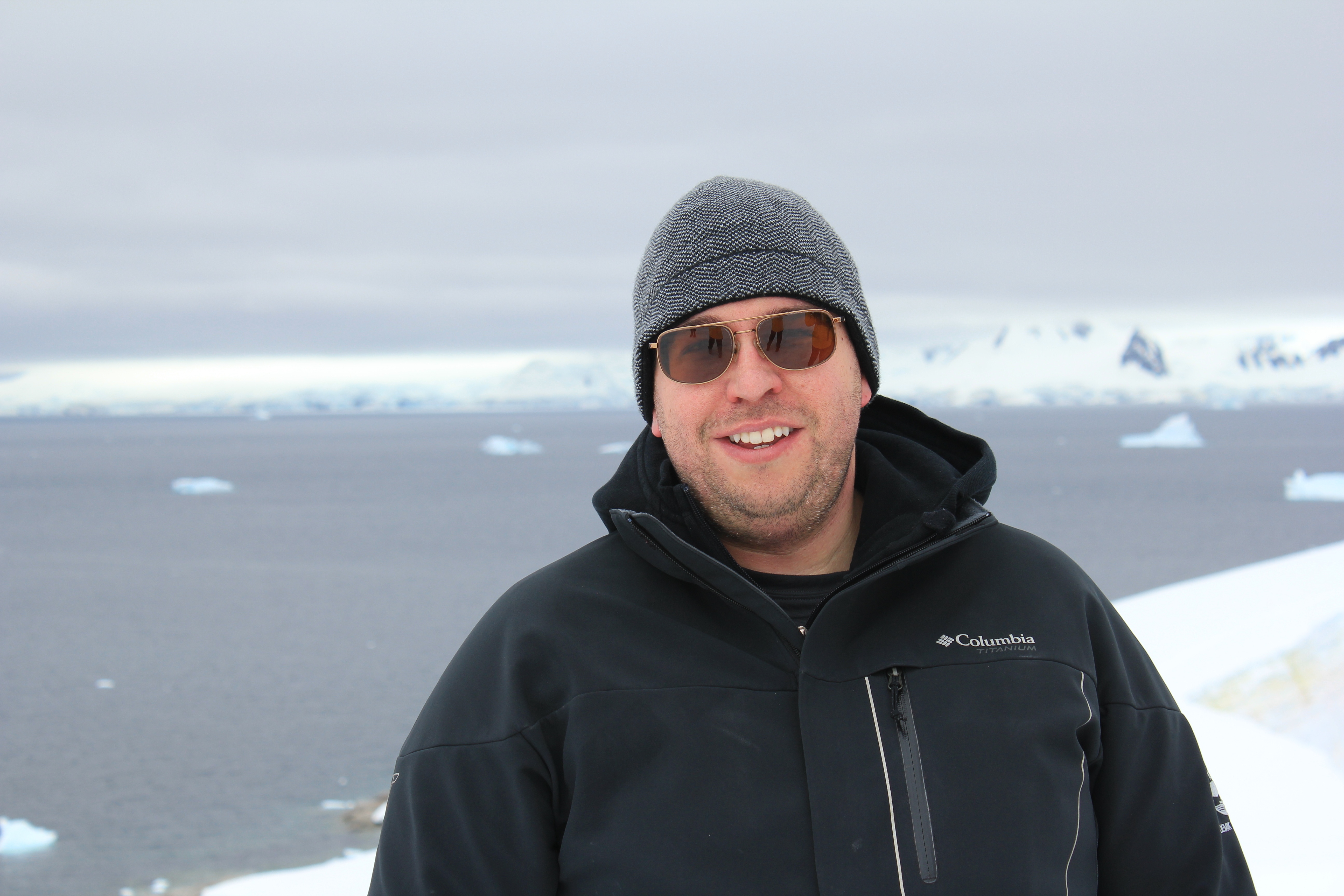 The idea of not having to cross the Drake Passage is what first sold me on the concept. I’m not one to get seasick, but I had already crossed the Drake once, so that had been ticked off my “must-have experiences” checklist. The opportunity to save 4 days of my holiday time for other adventures was pretty attractive, and it was still a brand-new itinerary for me. So how do Fly/Cruise expeditions differ from traditional cruises?

Initially, I had thought that the time savings was the major difference between a traditional cruise and a Fly/Cruise; however, as I learned en route to Antarctica, flying the Drake is an adventure in itself! Here, I count down the 5 incredible experiences that really surprised me as I made my way to the bottom of the world on an Antarctic expedition.

From Toronto, Canada, I flew to Santiago, Chile, and then continued to Punta Arenas to meet my expedition group. Once we had boarded our charter flight to King George Island and I had settled in with a glass of wine, I was feeling quite proud of myself. 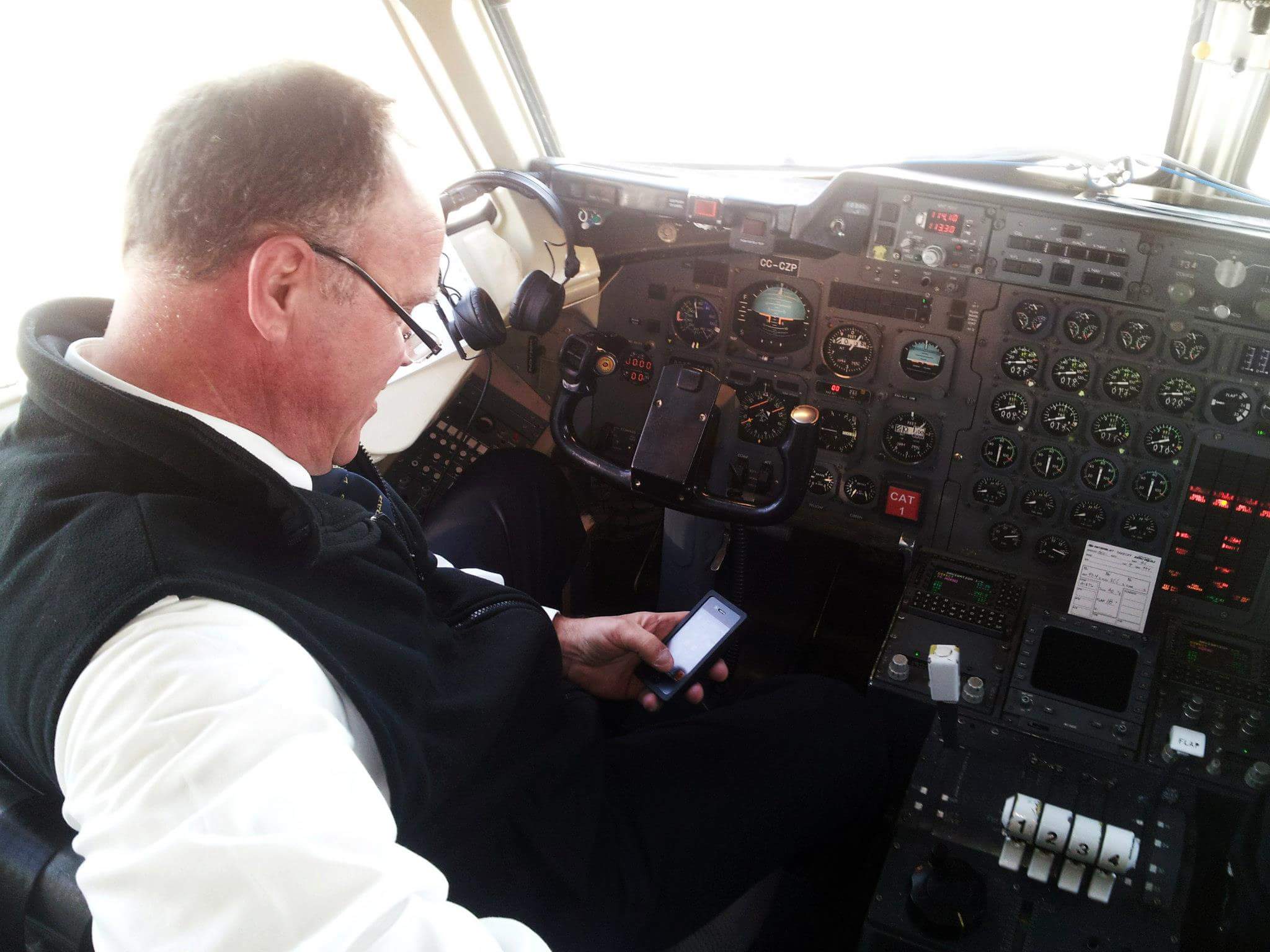 You know, I don’t think I would ever have said that flying to Antarctica was on my bucket list, but once I was actually doing it, it felt like an epic accomplishment! Not many people can say they’ve done that, and it was such a civilized way to travel to this wild, untamed place.

4. Enjoying a Different Kind of Excitement

I already knew the slow-build excitement of crossing the Drake by expedition ship en route to Antarctica. It’s this amazing anticipation that builds over the course of 2 days as you chat with other passengers, get to know your expedition team and mentally prepare yourself for the adventures that lie ahead. The first time I laid eyes on the Antarctic Peninsula on a traditional expedition after crossing the Drake, it was such an emotional experience, I felt so overwhelmingly grateful. A couple of passengers were even moved to tears. We were all so silent, just not wanting that moment to end.

Flying the Drake was a completely different, immediately exhilarating kind of excitement. Waiting in the Punta Arenas airport for our charter flight to be called, I couldn’t believe we were almost there. Our adventure had already begun back at our hotel, where we had our pre-expedition briefing and received our Quark parkas and muck boots. There we were, at the airport, all ready to go. 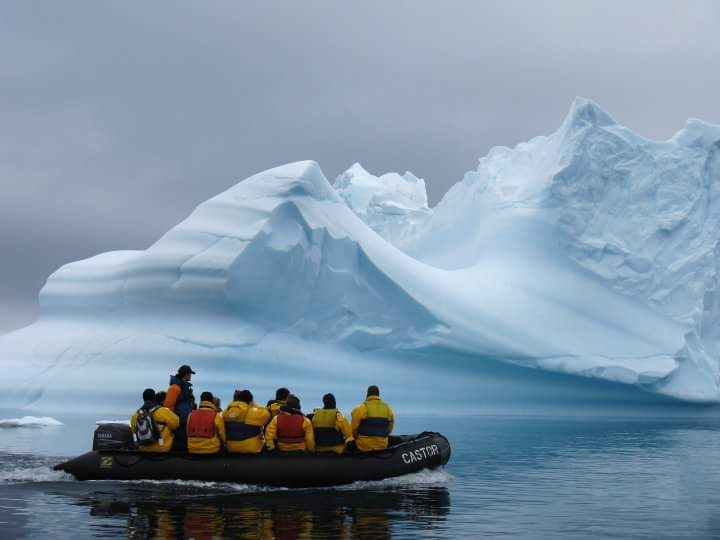 On the flight, we enjoyed a few beverages and one another’s company, and then it was over before we knew it! We were thrust right into the Antarctic experience, and it was completely exhilarating.

3. Landing at a Chilean Military Base

Our charter plane was a BAe 146, designed for gravel runways. If you have any doubts as to why there are luggage restrictions, it will all make sense when you touch down in King George Island! The runway at the Chilean military base was long enough for landing this type of aircraft, but a lot shorter than you might be used to if you’ve only ever flown on commercial jets.

Coming in to land, we could see other military bases in the distance. The Russian base Bellingshausen really stood out to me – the cathedral-looking structure was a bit of a culture shock!

Our expedition team met us at the airstrip, and together, we walked the 20-minute path down the hill to the shore. Below us, we could see Zodiacs waiting to load us (and our luggage) and transport us to the ship. 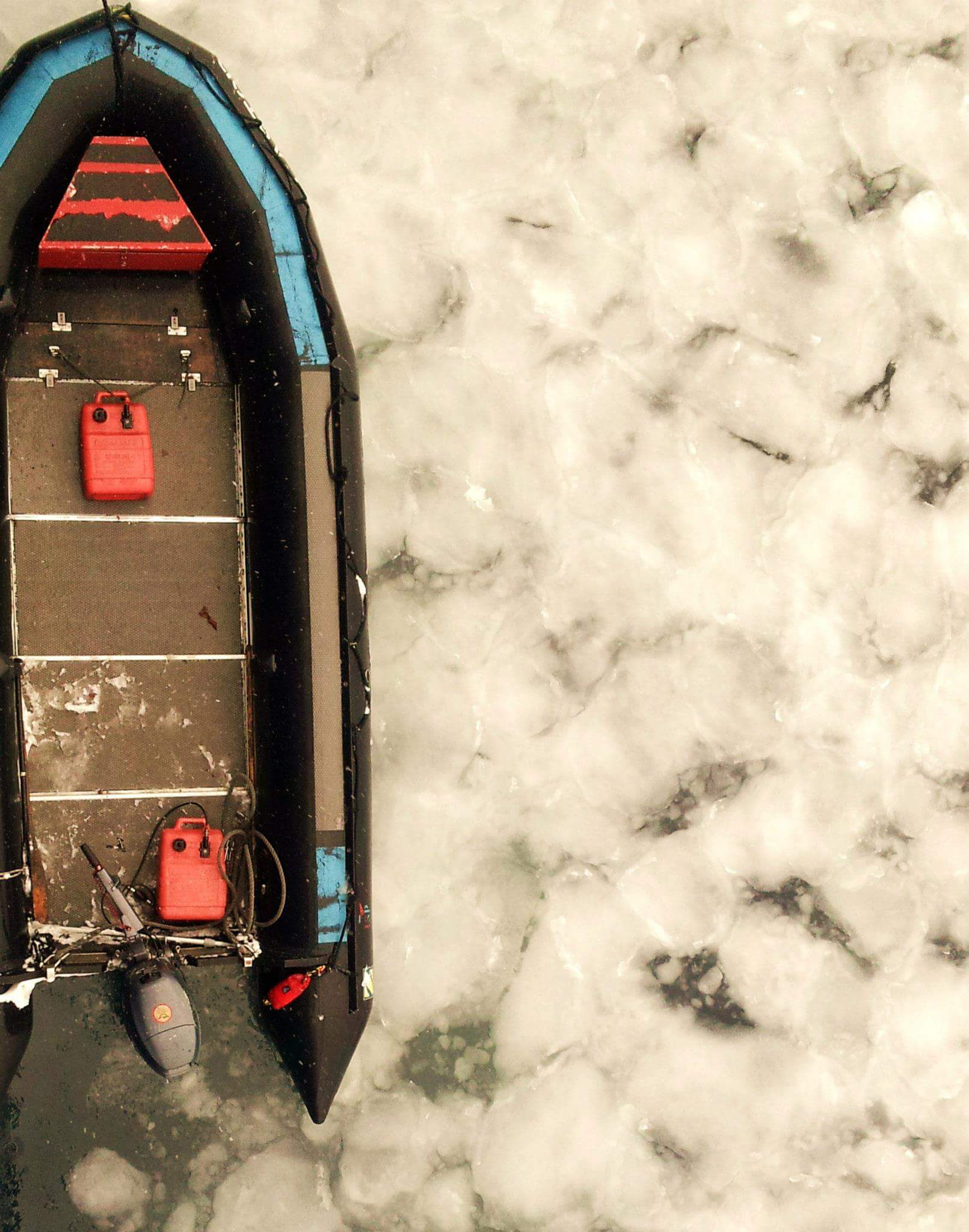 The whole thing felt completely surreal. I’d woken up that morning in a beautiful hotel in a modern city, with all of the conveniences that entails. The next thing I knew, I was cruising across the surface of an icy bay, saltwater misting and splashing my face and over my waterproof clothing. It was incredible. I mean, talk about feeling alive!

1. Waking Up in Antarctica

That first evening, our ship crossed the open water of the Bransfield Strait. I woke up the next morning and jumped out of bed to look out my porthole. We’d left the rocky coastline of King George Island behind, and I was looking out at this spectacular, surreal scene of mountains, ice beaches, and icebergs floating by between us and the shore. 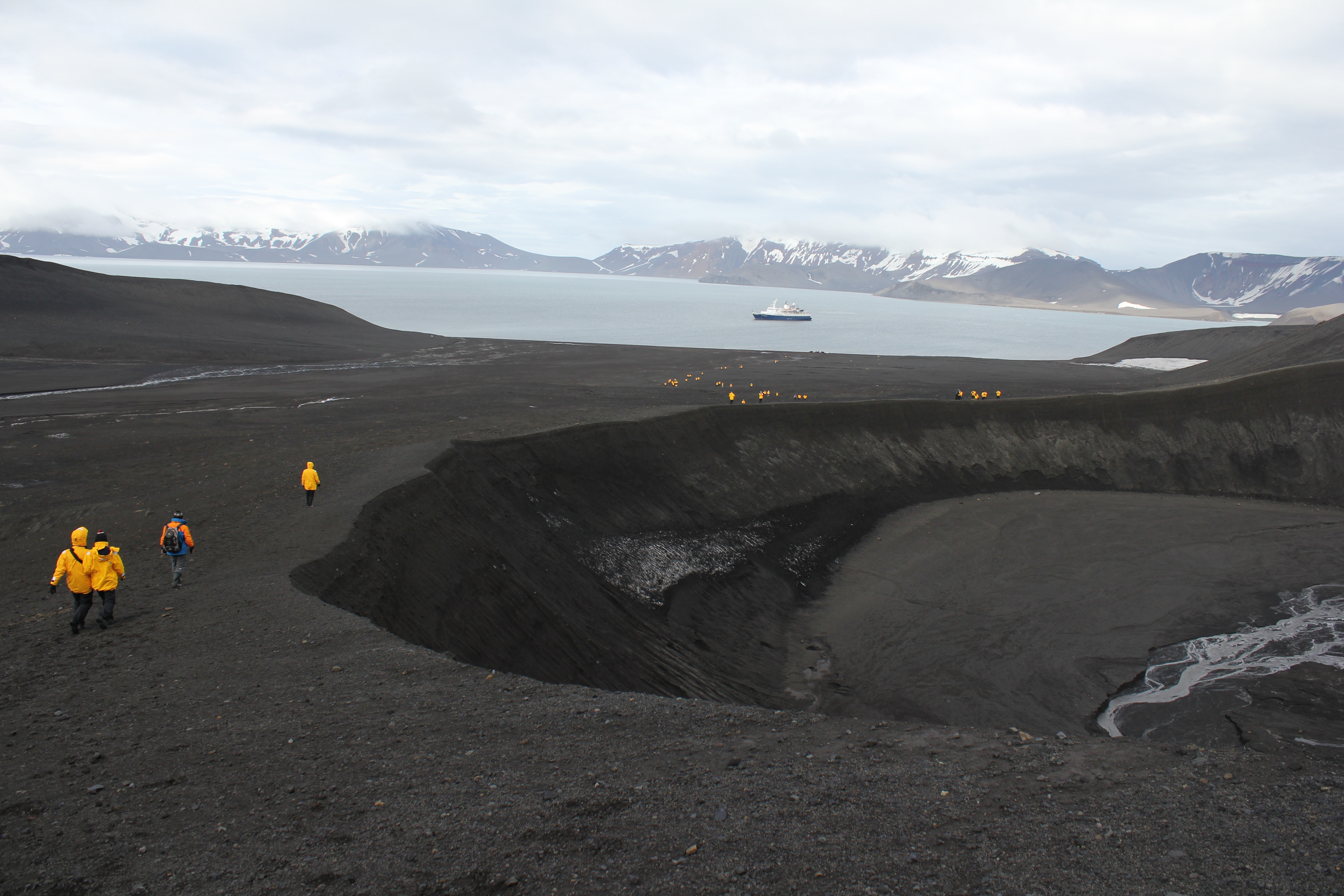 That first morning, we landed at this amazing place called Portal Point to go hiking, and I just kept thinking, “How many hours ago was I was sitting in an airport?” It’s like I’d been transported to another planet, as if the trip was just a dream. It really is surreal.

A Fly/Cruise Is a Whole Other Antarctic Adventure

When they hear “express,” many people might think they’re going to be rushed around and miss out on something. That was my concern initially, too, especially after having spent time in Antarctica before. 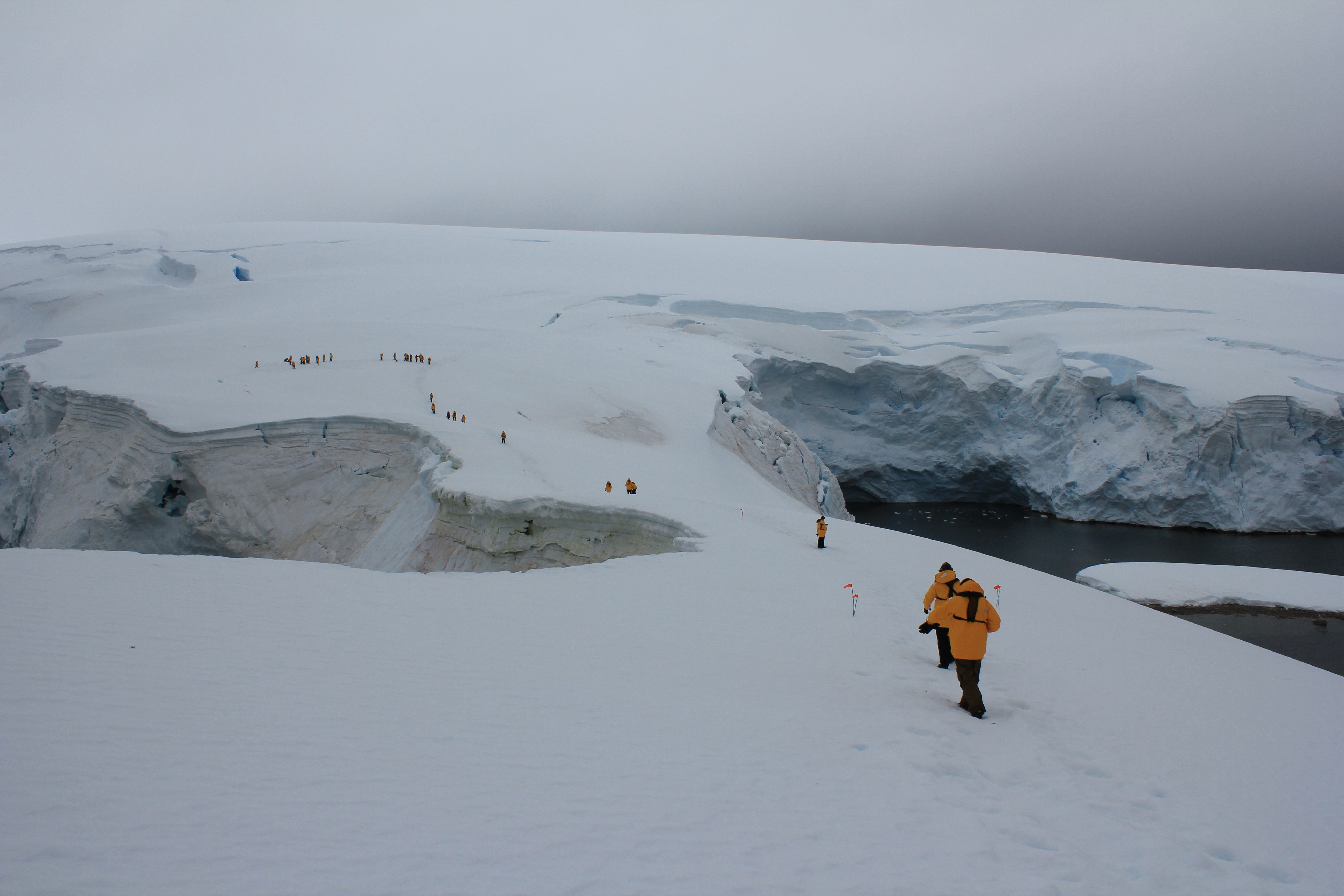 But the experience was so fulfilling. We visited Cierva Cove and Iceberg Alley and got to see breaching humpback whales right in front of our Zodiac. I sat on an ice beach and watched an iceberg float by while a penguin chick pecked at my boots. I still had an epic connection with nature and felt like I had a complete Antarctic experience, but with these surprising Fly/Cruise elements, as well.

Curious about the Fly/Cruise experience? Contact me or another Polar Travel Adviser to learn more! 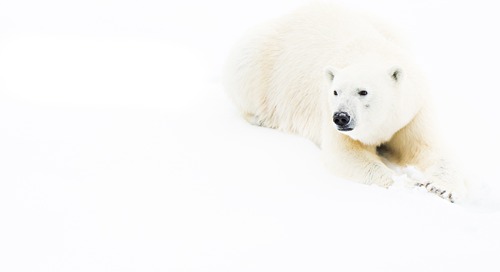 How can you turn your passion for wildlife into award-winning photography? Expedition passenger Harry Skegg... 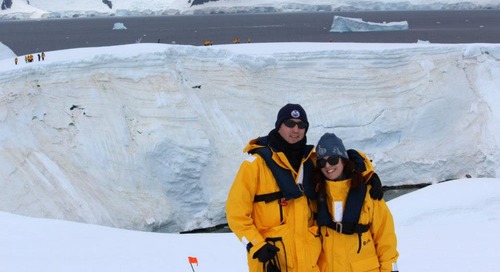 Guest post by Corina Hitchcock, digital marketing specialist at Exhibition Place When I was an employee at ...