All about the International Association of Antarctica Tour Operators

While researching travel to the Antarctic, you've probably come across the name "IAATO" (International Association of Antarctica Tour Operators) a number of times. We asked Dr. Kim Crosbie, Operations Director for IAATO to answer a few questions for us about what exactly IAATO is and why it's so important. She also gave us a few words about her personal experiences in Antarctica!

(1) What is IAATO?
IAATO is a member organisation founded in 1991, to advocate, promote and practice safe and environmentally responsible private-sector travel to the Antarctic. Originally just seven tour operators (including Quark Expeditions), the Association now comprises over 100 members, associates and affiliates. The membership includes around 50 operators who run programs in Antarctica, and another 50 tour companies, conservation groups, individuals and organisations who support the Association's mandate of ensuring a first class visitor experience, while only treading softly on this last great wilderness.

(2) What is IAATO doing? Why is it important?
Antarctica is governed by an international treaty. While the treaty is very good at making sure that the continent is maintained as a natural reserve devoted to peace and science, the treaty system works on a basis of consensus and so coming to a decision can be a slow process. IAATO fills an important gap in four ways:

- Firstly, the organisation supports day-to-day management for tour operators in Antarctica through communication and coordination systems and by acting as a conduit for information. This enables operators to work together to support each other and deal quickly with any issues that arise;

- Secondly, IAATO supports its operators lead the way in developing - and where needed, reviewing - best practice techniques, guidelines and operating procedures that support the organisation's mission statement. IAATO also works with its operators to build programs and mechanisms that develop and enhance management techniques to ensure that Antarctic tourism is responsible and sustainable well into the future;

-Thirdly, IAATO works with Treaty Parties and other government forums by providing data and information on Antarctic tourism activities and contributes to discussions on the management and regulation of Antarctic tourism; and

- Lastly, IAATO and its members support and contribute expertise to research and conservation work in Antarctica. This is done in a variety of ways including participating in various research studies, providing logistical support, and through the organisation working with various academic groups by contributing to studies and bodies of research related to visitation to Antarctica.

Ultimately the goal is to create a corps of "Ambassadors" for Antarctica through responsible visitation to the continent.

(3) Why do passengers have to pay for IAATO?
Many nature reserves, national parks and wildlife preserves charge a visitor fee. These fees go toward continued conservation efforts, to fund scientific programs and protect against environmental degradation. By comparison, the Antarctic Treaty System – an international organization that provides governance for this “natural reserve dedicated to peace and science” – charges no visitor fee, for various political reasons. Nevertheless, the management of Antarctic tourism is critical in the long term conservation of Antarctica and it, of course, takes resources to achieve. IAATO works on behalf of its Member companies – and, in turn, you, their passengers – to ensure tourism is safe and environmentally responsible, an important ingredient in any conservation effort. With a very small percentage of your overall trip price – just US $30 – you are making a valuable contribution to this cause.

(4) What has been your favourite Antarctica experience?
I have been very lucky and have worked in Antarctica since 1992. One of the things that I love most about being in Antarctica is that it is such a humbling place - no book, no film, no photograph can convey the sheer scale and other-worldly majesty of this place. Inevitably, though, there are fantastic cameo memories, like having a group of very inquisitive penguin chicks come to join you while sitting on a beach minding your own business, or a humpback whale apparently showing its calf what a zodiac is, or on a very still evening with magical light, climbing high up a hill to look out over a small channel full of icebergs and imagining those first explorer's sailing through those very same waters. Antarctica is a magical place.

(5) Any tips from your end for our passengers?
It is always very tempting to try to take lots of photographs and capture everything that you see when you are in Antarctica. But often the most rewarding experiences can come when you put your camera down, and just sit, listen and drink in the whole vista with all your senses. If you let it, Antarctica will touch your soul.

Kim joined IAATO in 2005 and directs the organization's strategic planning process, including sustainable tourism growth management strategies. She is responsible for all operational and environmental aspects of the Association's work. This includes standard operating procedures, seasonal preparation and day-to-day support, reporting and documentation of activities, development of best practices. Kim also coordinates the work of many of the Association's committees and working groups, and directs IAATO's efforts with the Antarctic Treaty Parties and other government bodies relevant to Antarctic tourism, including the International Maritime Organization.

Kim has been working in the polar regions since 1991, initially as a research student at the Scott Polar Research Institute, University of Cambridge, UK. There she completed her M.Phil. on environmental protection in the Canadian Arctic before joining the Institute's Antarctic program, spending three seasons, two as leader, at a small temporary field camp in Antarctic Peninsula researching wildlife / human interactions for her Ph.D. Her work has led to several publications and presentations at international symposia. On completing her academic work Kim worked full-time leading expeditions to both the Arctic and the Antarctic, primarily onboard expedition cruise vessels. 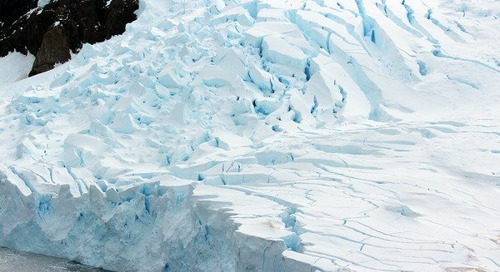 Snow and Ice in Neko Harbour

On a recent Antarctic voyage, we spent a few hours one morning in Neko Harbour, which quickly became my fav... 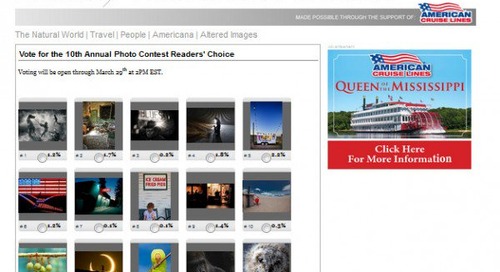 On a recent trip to Antarctica through Quark Expeditions, passenger Neal Piper took a photo of "Breeding Pe...