The UN International Court of Justice (IJC) has ordered Japan to stop hunting minke, fin and humpback whales in the Antarctic, ruling that the practice was not for the benefit of science.

The March 31, 2014, decision has already resulted in Japan's issuing a statement that though they find the ruling disappointing, they will abide by the judgment of the court. Japan's Chief Cabinet Secretary added, "We will consider our concrete future course of actions carefully, upon studying what is stated in the Judgement."

Australia had brought the complaint forward, with the support of New Zealand. They had accused Japan of attempting to manoeuvre around a moratorium on commercial whaling imposed by the International Whaling Commission in 1986. Japan's official statement after the ruling made clear the tension between the country and the commission: "Japan joined the International Whaling Commission more than 60 years ago; and despite the deep divisions within the Commission, and its inability in recent years to function effectively, Japan has stayed within the Commission and tried to find generally-acceptable solutions to the Commission's problems."

Japan's defense had been that the whales hunted fell under a provision in the 1986 ban called Article Eight, which permits the killing of whales for scientific purposes. However, Australia convinced the IJC that Japan's program had little basis to do with science. One of their primary concerns was that data could have been collected using non-lethal methods.

According to court documents, Japan's program has resulted in the capture of approximately 3,600 minke whales since 2005, with little scientific output to show for it. The meat from captured whales was then sold commercially in Japan.

Japan's whaling program was known as JARPA II and operated in the Southern Ocean Sanctuary, a 50 million km2 area around Antarctica where all forms of commercial whaling have been banned since 1994. It's one of two such sanctuaries in the world; the other is the longer-established Indian Ocean Sanctuary, designated as such in 1979.

Willie MacKenzie, a spokesperson for Greenpeace UK, told the BBC, "The myth that this hunt was in any way scientific can now be dismissed once and for all," he said.

Is it the end of whaling in Antarctic waters? Not entirely; what the ruling actually means is that Japan's JARPA II whaling program did not meet the criteria of a scientific whale hunting program as it existed to date. The order states that "Japan shall revoke any extant authorization, permit or licence granted in relation to JARPA II, and refrain from granting any further permits in pursuance of that programme."

Any new program permits will need to meet the scientific requirements of Article Eight. 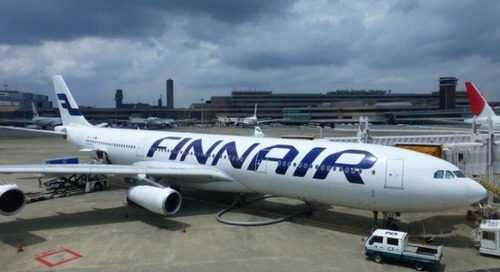 Getting to the Arctic: Travel Tips for In & Around Arctic Gateway Cities

Getting to the Arctic with Quark Expeditions® involves travel through a major gateway, such as Helsinki, Fi... 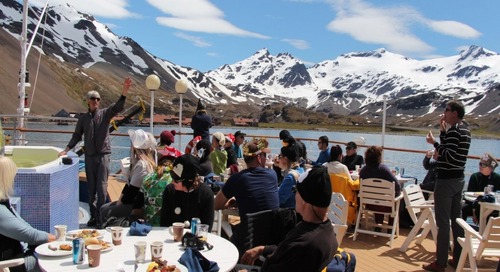 Not all that long ago, expeditions were undertaken by only the hardiest of travelers. If you were among the...