When we think of Greenland, a formidable, rocky and barren span inhospitable to life comes to mind. However, it is far from that! Greenland’s pristine Arctic wilderness is rich with wildlife, both land and water-borne. Passengers on our 14-day East Greenland expedition have a unique opportunity to view animals few will ever see outside of a zoo in their natural habitat, including Greenland’s largest land mammal, the muskox.

Muskox stand four to five feet (1.1 to 1.5 m) high at the shoulder and weigh up to 900 pounds (410 kg). Their average weight is a hefty 630 pounds (285 kg). Both male and female muskox sport long, curved horns and impressive trailing beards. In fact, the Greenlandic name for muskox is “Umimmak,” meaning “the long-bearded one.” 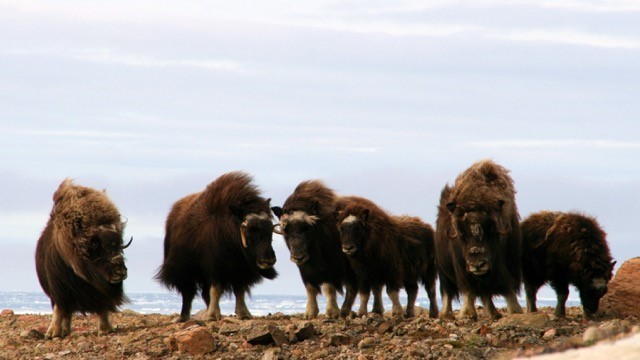 Muskox sport thick, shaggy coats of black, brown, and gray outer hairs (“guard hairs”) that conceal a dense, woolly under-layer. This layer closest to their skin insulates the tundra giants from the worst that Arctic winters can deliver. Temperatures in this extreme northern clime can dive to a bitterly cold minus 40 C for days on end! With its woolen under-armor, estimated to possess insulating power six times that of a sheep, muskox are able to endure these frigid temperatures. Come spring, this undercoat is shed.

Spring also ushers in the birthing of a single calf, between April and June. In a matter of hours, newborn calves are keeping up with the herd as it grazes on spring’s lush banquet of flowers and grasses, after a long winter’s diet of mosses, lichens, and roots. Within two months, calves join their elders in eating the tundra’s vegetation, only nursing occasionally. This weaning process coincides with the rutting (mating) season, which begins in late June to early July.

The rutting season is dramatic. Young bulls challenge the established dominant males in hopes of usurping their elders’ reign over estrous cows. Bulls fight by lowering their heads and charging into each other, much like rams. This violent clashing continues until either the dominant or subordinate bull concedes defeat.

Such “bachelor” and elderly bulls sometimes will form their own herds, or live solitarily. When their original herd is threatened, though, they will rush in to help defend it. Both bulls and cows are quick to protect their young by forming a horn-pronged circle around them, stomping, swinging their heads, and bellowing or snorting.

Muskox are protected from hunting in Greenland National Park, which contributes to their relative abundance there. However the young, weak, and elderly are still susceptible to natural predators – namely Arctic wolves and Polar bears. 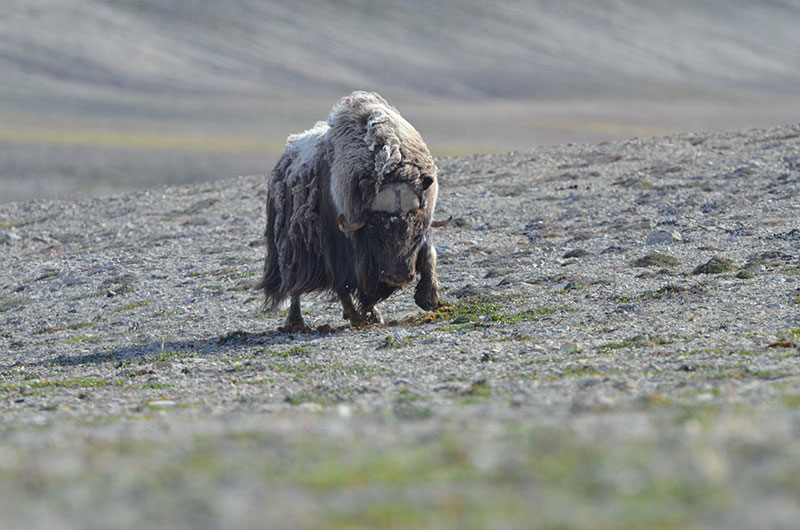 Come fall, the turbulence has given way to a relative calm. Dominant bulls have established their respective “harems” of six or seven cows and their calves, and herds have reunited.

Muskox herds may number up to 36, but you’re most likely to see anywhere from 8 to 24 individuals. If you happen to get close enough so they perceive you as a threat, you may well witness them “circling the wagons” in defense of their calves!

As with all wildlife, we recommend that visitors keep a healthy distance. This is where your photo equipment will come in handy!

Our East Greenland adventure takes you to a place untouched, where you can experience the raw and majestic splendor of the Arctic. 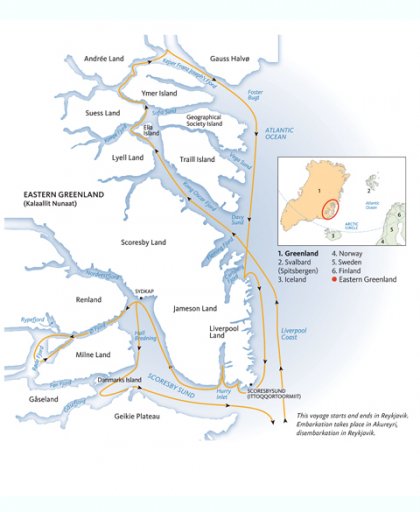 Coinciding with the height of the Aurora Borealis’ otherworldly northern lights show, you'll first journey through the Denmark Strait. A preferred feeding area, here you’ll be greeted by a host of seabirds and may spy orca, fin, humpback, Minke, and blue whales.

This passage is followed by four days of exploration in Greenland National Park. The world’s largest and most remote national park, it offers breathtaking views of Greenland’s wilderness and is home to a number of the Arctic’s wildlife denizens – notably muskox.

After hiking about Greenland National Park, you’ll once again come aboard ship and cruise to Scoresbysund, where you’ll be awestruck by the world’s largest fjord system. For the adventurous, the steep, narrow fjords of Scoresbysund can be closely explored by sea kayak or zodiac. Its towering mountainsides and enormous icebergs will positively mesmerize you!

At the beginning of the Scoresbysund sound, you’ll have the opportunity to visit East Greenland’s most northern town, Ittoqqortoormiit. An aboriginal village and hunting community of 450 Inuit people, you’ll be enthralled both by their warm welcoming and unique artisan crafts.

Ready to plan your adventure to East Greenland? Call us to learn more about this active expedition! 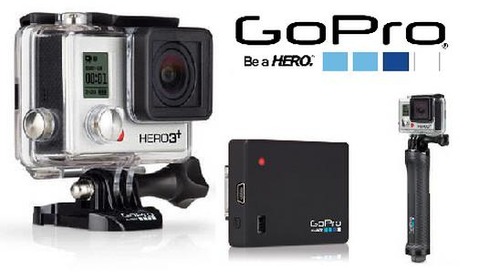 We're working on our 2015.16 Quark Expeditions brochure and want YOU to help us create the perfect polar-th... 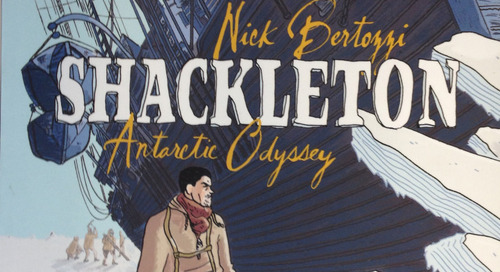