If Greenland is known for one thing, it is probably its amazing views of the Aurora Borealis. Known to most as the “Northern Lights,” this majestic display of natural light in the northern sky is breathtaking to say the least.

The Greenlandic people believe the dancing of the Northern Lights are their “ancestors’ spirits playing football [soccer] in the sky.” Some of the best displays in August and September can be found near Scoresbysund Fjord where the white and green colours dance around the night’s sky. Meteorologists say that 2013 will have the best display of lights in over a decade. So take a blanket, a hot drink and sit back and enjoy the show on a clear night!

During the day, Arctic animals are plentiful like the curious Arctic fox playing in the valleys and musk ox families roaming everywhere. These pre-historic animals resemble shag carpets with legs and hooves. When the ice is thick, spot polar bears walk around purposefully hunting for food, while in the sea orca, fin, humpback and minke whales abound as the Denmark Strait is a rich feeding area. 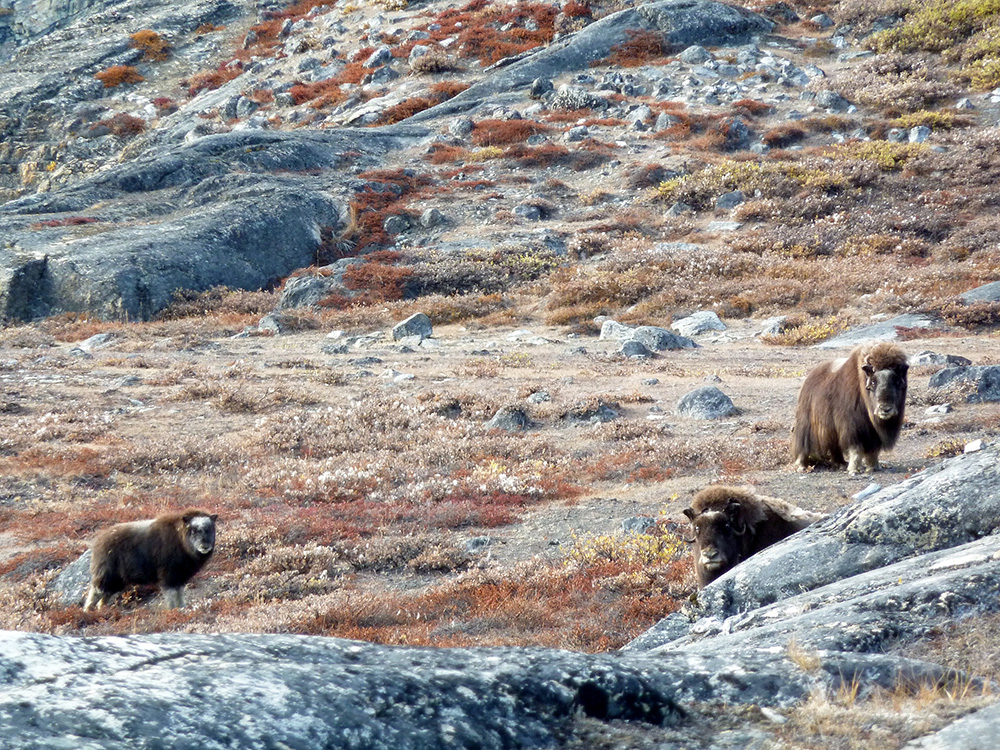 What Greenland might not be known for as well, but definitely should be, is its beautiful lush scenery. With icebergs of every shape and size everywhere you turn and blossoming colorful flowers guide you along your hikes, you won’t know where to look. Choosing to hike up to the top of Ella Island will present you with a view of five converging fjords; a spider web of fjords.

A perfect, and calm, way to enjoy the Greenlandic landscape is by sea kayak. While on a single or double kayak, you’ll sail past icebergs, float through fjords and marvel at the marine wildlife. The narrow fjords and high walls on each side, not to mention the multitude of places to pull ashore and explore this land make this a unique opportunity to see Greenland like it was meant to be seen.

Part of Greenland’s rich past includes old trapper huts scattered across its eastern seaboard. While out on a winter hunt, men would stay in these huts for months at a time. Some of these historical huts have been restored and modern-day adventurers sometimes choose to stay in them, while other huts are run down and barely left standing. Take a tour and let your camera be your guide.

A small village of 450 people await you in Ittoqqortoormiit; the most northern town on East Greenland. This hunting community still abides by the ways of old; traditional garbs, pelts and exotic animal meats will entertain all your senses.

So visit East Greenland for a chance to see some of the natural wonders of the world. 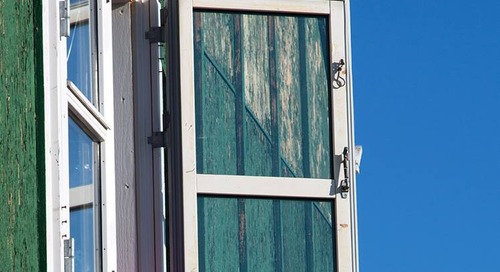 From unique cultures and rare wildlife to majestic landscapes and towering icescapes, Greenland is beyond i... 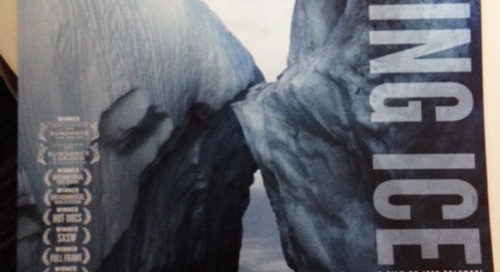 It's #IcePhoto Wednesday so to celebrate, we're giving away 4 copies of the official "Chasing Ice" movie po...