Belugas, walruses and the icy waters of the Red Army Strait

With that night’s satellite download we received a weather forecast which announced strong winds for the next few days of our journey through Severnaya Zemlya on the west side of Komsomolets Island. The ice chart revealed a continued dispersal of ice to the east. We elected to head for the east side of the archipelago. 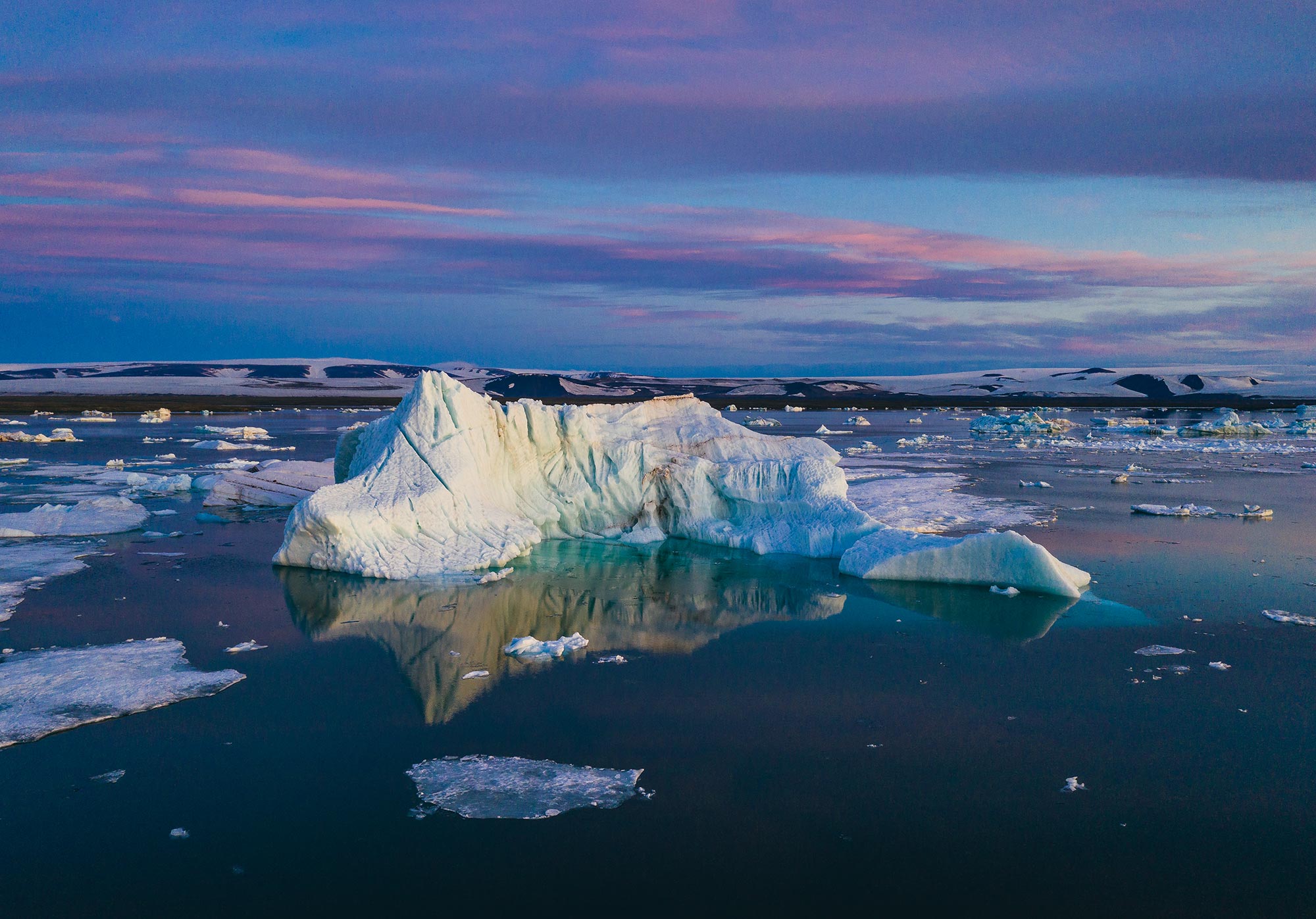 Ice in its many manifestations throughout the archipelago.  Photo: David Merron

The Red Army Strait (RAS), the narrow body of water between Komsolmlets and October Revolution connecting the east and west sides, was our next objective. The ice charts were general so we couldnt be certain if the transit of the strait were possible. Captain Litau, as always, was ready to go forth and explore.

The nights weren’t getting dark in late August. Just as we arrived at the mouth of RAS, Ruslan woke me. It was 4:30 am and we had a one-mile clear visibility with a dense cloud layer above. Even before I went to the bathroom or put on all my outdoor clothes, I grabbed my binoculars and went onto the deck—driven by excitement and curiosity. First, go and look, then gather gear and prepare for time outside.

In the even light of an overcast morning I saw low hills and continuous landscape, which were difficult to distinguish as islands. Icebergs and brash ice bands flashed on the near horizon. I scanned slowly, noticing an area of troubled water current? Then, a gull, many gulls, a mass of birds over the water, kittiwakes too. Clearly some abundant food in the water. I kept scanning, even more focused. I saw a one, two, three gentle bows right next to each other. Straining my eyes through my binoculars, I saw a dark grey body, a light grey body, a white body, then many white bodies! “Beluga, beluga! There’s beluga!”

I yelled into the cabin and rushed to the forward birth, “Get up fools! Grab your camera! Are the batteries on charge? I’ll get your lifejacket!” Soon we were all on deck. I asked the captain to hold position a few hundred meters from the group of feeding whales and birds. Then he turned into the current and accelerated enough to hold our position.

We watched and photographed. Before our eyes the situation changed rapidly with current moving the feed and the ice, and the whales and birds following, the fog rolling in from all directions. 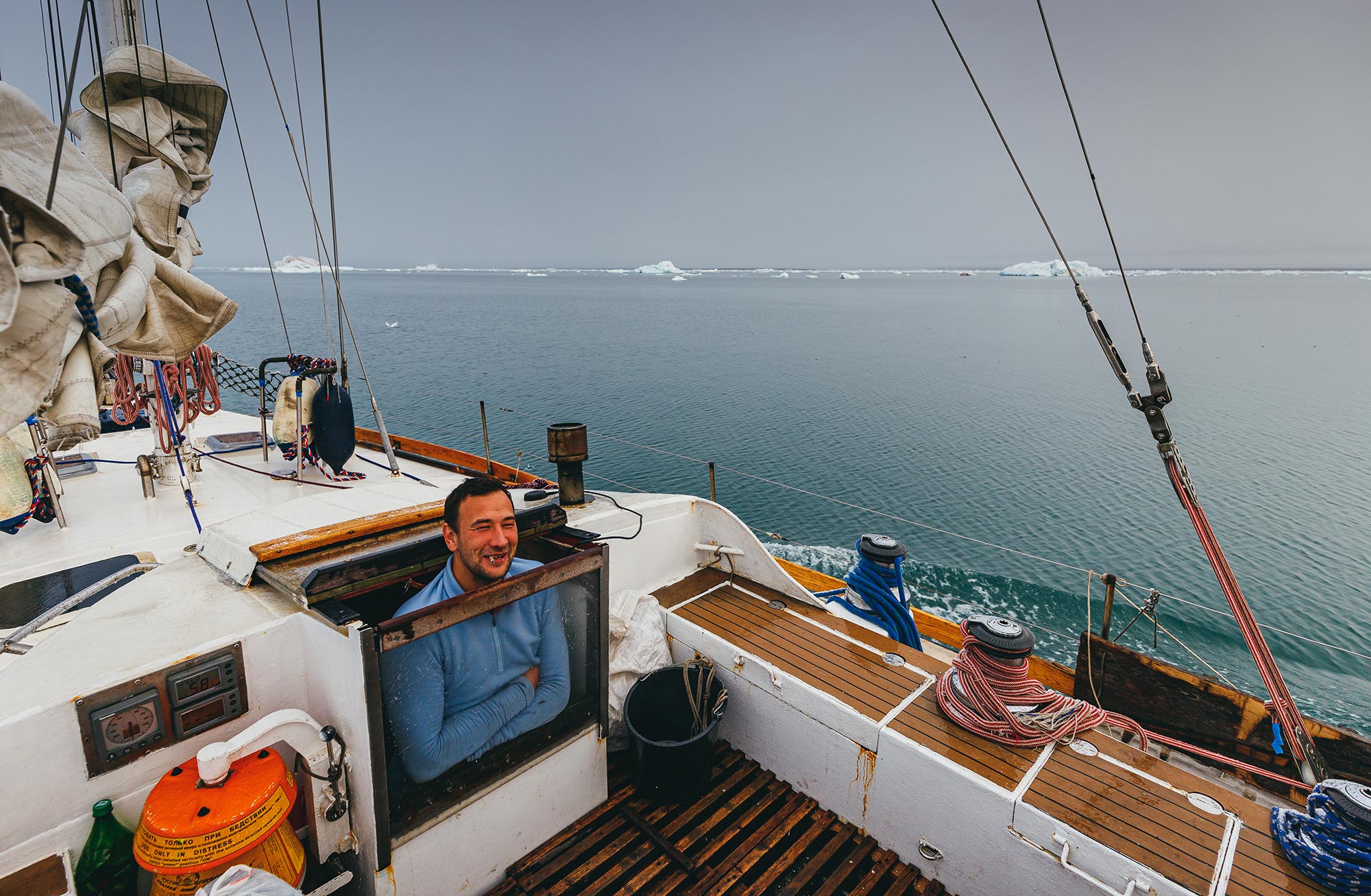 On the lookout for belugas in the Red Army Strait. Photo: David Merron

Still on a buzz from the encounter, we moved on, continuing into the strait. Soon there were walruses, three then four family groups. Larger and larger icebergs and denser fog. We pulled into a bay just before the most narrow long stretch of icy water in the Red Army Strait to wait for a break in the fog.  Visibility was essential if we wanted to maneuvre between the ice-flows and bergs. We anchored for lunch. A few members of the team napped.

Ice bumped against the vessel while at anchor. Chief stepped out every few minutes to check that no large bergs were heading our way. I was reading a historical survey of the islands when Pavel urgently gestured for me to come to the deck. I could just make out a polar bear swimming along the shore when I get outside. It climbed out and watched us from shore through the fog for considerable time.

Visibility improved so we set off into Red Army Strait. Most of the day was spent slowly weaving our way among castle-size bergs that had caved from the the south face of the Academy of Sciences Glacier. There were dense collections of sea-ice to push through. It was a magical time with moments of visual clarity, between heavy snow and fog and occasional gusts of wind.

By dinner time we were nearly through the Red Army Strait. We anchored near Vysokiy island on the south side of the strait to explore before heading to the east side of archipelago. We came ashore and hiked a few hundred meters to the summit of the island in soft tundra. The clouds and fog started to disperse at a dramatic pace. Soon we could see for miles. We watched the sun slowly set over Komsolmolets island, which was reflected in the mirror calm water of Red Army Strait dotted with icebergs. Not a ripple in sight. Pastel blues and purples washed the sky. We were excited and congratulatory and soon quietly at work, documenting, then just immersing ourselves in the stillness. This was one of a few nights in the Russian High Arctic that felt like the earth was experiencing one giant motionless pause. 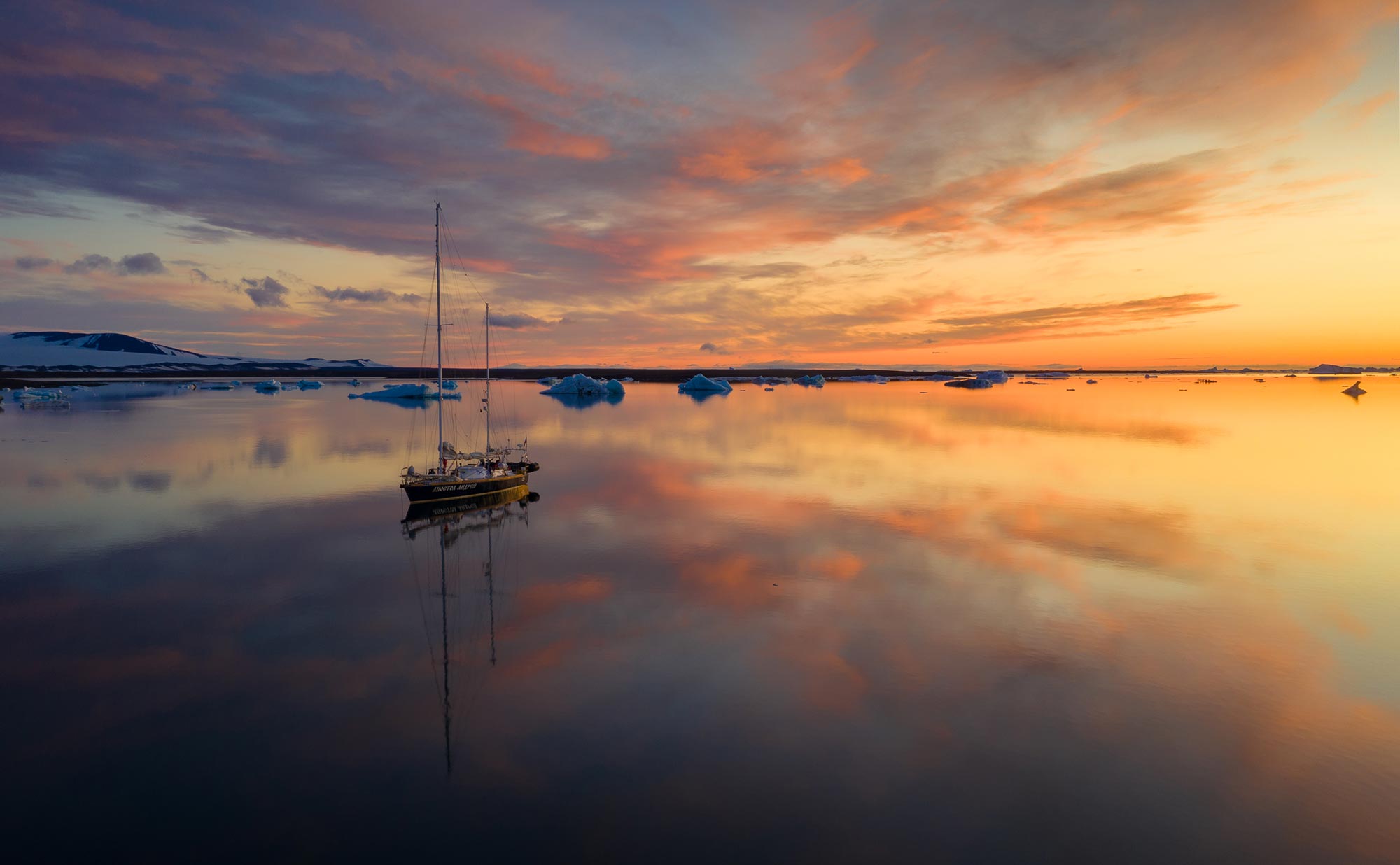 That night as the tide changed, the current sent small bergs drifting in our direction. For the duration of our time at anchor, we traded the job of deflecting icebergs from hitting the bow and anchor chain using the barb end of a long boat hook. We didn’t sleep that night as it was clear the only thing to do was to absorb the imperceptibly changing light against the shapes of this incredible archipelago…to absorb the never-ending mysteries of Severnaya Zemlya—just as those who would journey here after us. They, too, will make discoveries of their own. 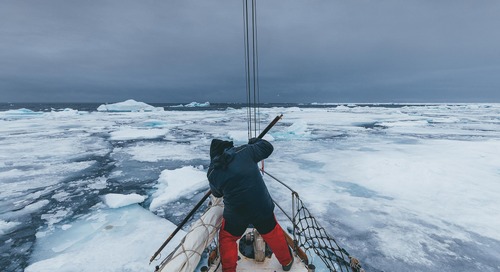 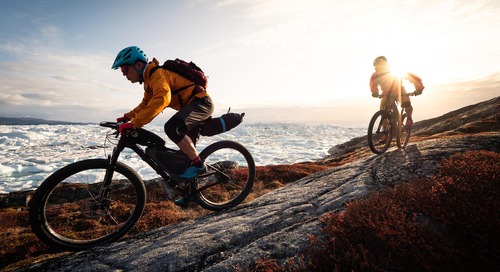 Hopping on a mountain bike in South Greenland is an exciting way to get closer to nature—and closer to the ...