Home » Blog » Beyond Reykjavik: Iceland Off the Beaten Path
× Share this Article

While the city of Reykjavik may easily compete with the best cities in the world for nightlife and great dining, a true adventurer travels the lesser-known, often more interesting spots – the secret hideaways only the most serious explorers venture into.

Fortunately, you don’t have to seek out these areas on your own. Icelandic historian and Quark guide Ragnar Hauksson is happy to accompany you there.

Ragnar has been plying his trade, tucking over 25 years of traveling, guiding, and adventure seeking under his belt. He has personally visited every corner of the country; if there are hidden gems and adventures to be found, he can show you where they are and guide you through them. Ragnar will join Quark passengers this season on three itineraries - one Iceland circumnavigation and two East Greenland voyages.

Rest assured you’ll be fully prepared to take on the lesser known wilds of Iceland and its hidden corners. We asked Ragnar to share his insider's knowledge of what to see in Iceland and here's what he wants you to know:

The Iceland Circumnavigation: Ultimate Fire & Ice voyage begins its first day quietly and comfortably at the Grand Hotel Reykjavik, where you can relax and explore on your own. It’s after this brief introduction to urban life in Iceland that we'll venture out into the areas less commonly known by outsiders.

For instance, you’ll sail into a small harbor on the Northern coast of Snaefellsnes peninsula and discover the small Icelandic town of Grundarfjordur. While walking around this picturesque fishing village of 1,000 residents, you can chat with and meet the residents. As you become familiar with the local seabird colony, you will almost certainly get a chance to spot Atlantic puffins, an Icelandic icon, as well as thick-billed murres, and black-legged kittiwakes. 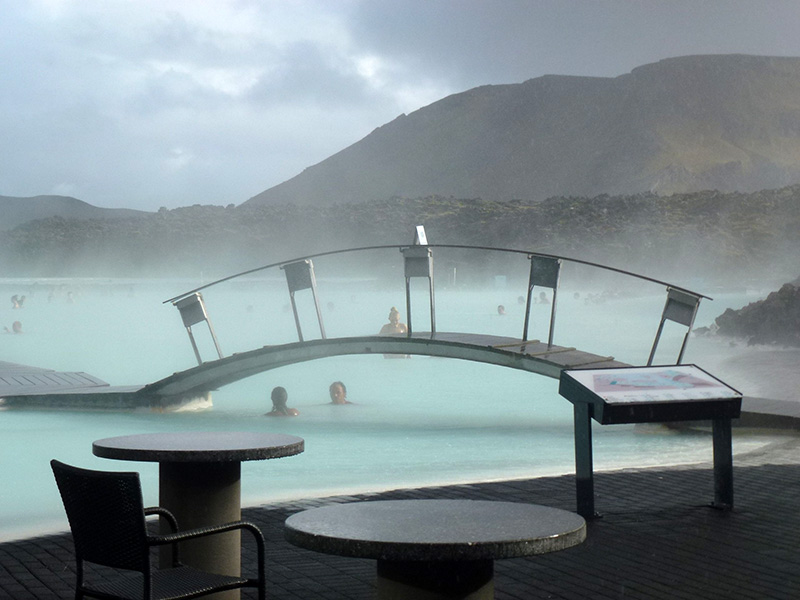 Your quest will also take you to the Westfjords area of Isafjorour (aptly known as the “Capital of the Westfjords”), and Grindavik, home of the world famous Blue Lagoon. While Isafjorour claims only 2,500 residents, the Blue Lagoon at Grindavik is one of the most popular places in Iceland among foreigners, says Hauksson. Its popularity is due, no doubt, to the nurturing geothermal baths of seawater, said to be good for rejuvenating the body and soul.

Though deceptively small in area, Iceland holds a broad and ancient history. You can uncover fascinating bits and clues at almost every turn on your Iceland expedition.

A prime example of this exploration of living history, Hauksson says, is the town of Seydisfjordur in the East Fjords area, which has a population of about 800 people. There you’ll find many beautiful wooden houses still lived in and well maintained, that have stood against time and weather from the days when Norwegians first came to Iceland to catch herring. At the time, Seydisfjordur was the centre of their operations. 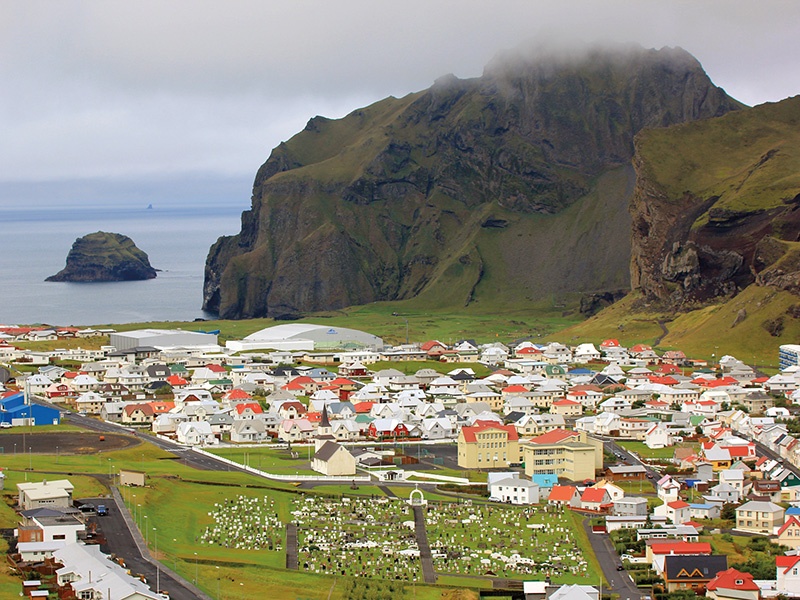 Historic views of Iceland also include the main island of Heimay or, Home Island, the only one of Iceland's islands where approximately 4,000 people live. This stop is where your true drive for exploration is set free, with the opportunity to trek to the volcano and mountain formed after a 1973 eruption. The island also features a new museum, opened just last year, which spotlights the volcanic eruption, and was actually built over top after houses that were buried under lava and volcanic ash that had been excavated. In addition to the volcanic eruption and its history, you will also have a chance to reacquaint yourself with puffins and various other seabirds.

An Exclusive View of Iceland’s Outdoors

Throughout your Icelandic journey, you’ll stare, breathless, at a side of nature you don’t see or experience in our normally mundane world. These sights are unique to Iceland and include a variety of breathtaking landscapes, waterfalls, lava fields, mountains, volcanoes, and fascinating marine mammals.

Glaciers around the world are retreating, but this is Iceland, where you can still see glaciers in all their magnificence. Upon sailing into Hofn, you’ll take a bus to Jokulsarlon, a lake formed at the end of a glacier and one of the NYTimes' top travel destinations of 2014.

The name Jokulsarlon literally means “glacial river lagoon,” and began appearing 80 to 90 years ago when the glacier started to retreat. At that time, the edge of the ice was only 300 meters or so from the ocean, but today because of the growth of the lake over time, it is as much as 5 kilometers from the ocean. The lake is deep at about 250 meters with fish and, occasionally, seals that have staked their claim on the lake. For a close up view, you may be able to take a boat ride and sail among the icebergs, which are breaking off the edge of the glacier.

Your excursion will also include, of course, various stops where you may see a wide variety of plants and wildlife very much unlike those at home. The Hornvik area of the Westfjords gives an intriguing glimpse into Iceland’s nature. Although this area is uninhabited since the 1940s when residents left due to the harsh farming conditions, you can walk in the abandoned area and through the wilderness to view nature’s reclamation of the lands – auks, razorbills, and murres in bird cliffs are the only permanent residents now.

Husavik and Grimsey Island provide stunning views of nature, and are famous for birdlife and boiling mud pools, strange rock formations, and even humpback whales. There are also occasional blue whales, smaller whales and dolphins in this bay. In addition, there is a most unexpected treat: the Arctic Circle runs through Grimsey Island, which means if you make landfall, you can walk up to the Arctic Circle and be one of the very few on earth who have done so. 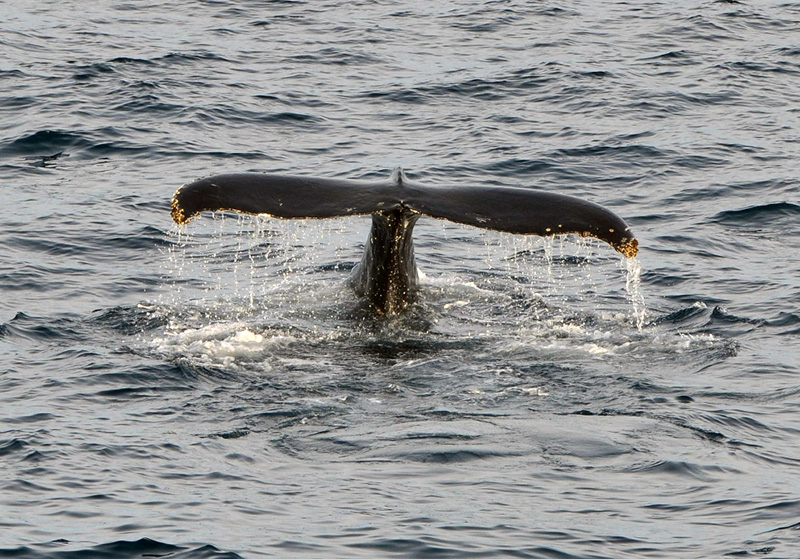 The tour ends with a visit to the second largest town in the country, Akureyri. If time allows, Ragnar says you must visit the botanical garden, which is considered the best in Iceland and houses 7,000 different species of plants. 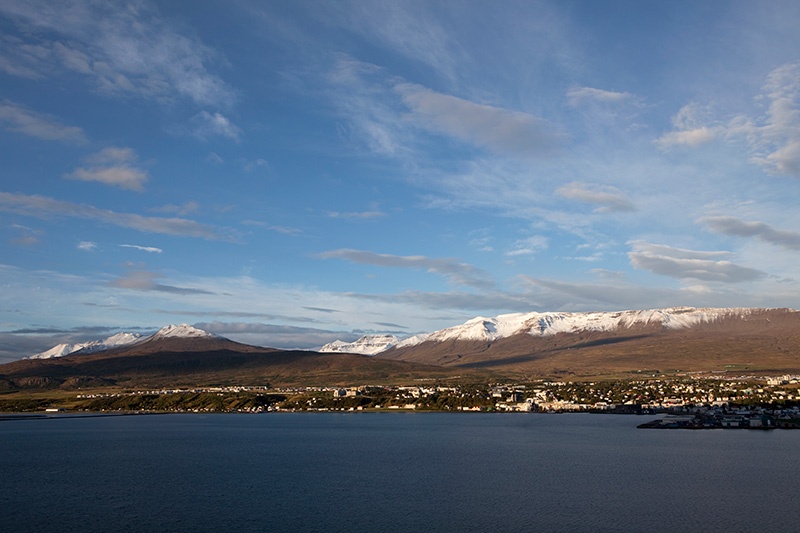 Adventurists and explorers agree that part of the excitement associated with traveling lesser known parts of the world is not knowing what to expect. On this arctic voyage, you can be sure you’ll not only pick up new Icelandic words, but you’ll encounter the nature and history of Iceland, an experience exclusive to very few people in the world. It is often in these areas off the beaten path that you have the most fascinating and unique experiences in life.

Learn more about the wilds of Iceland and how you could get there this coming season! 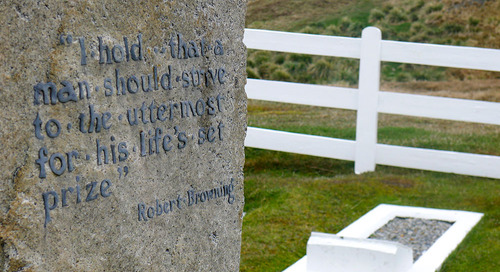 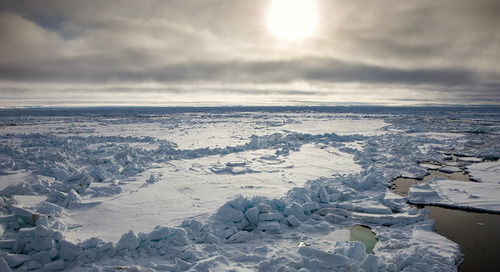 An Arctic Expedition Through The Northeast Passage

The Sea Less Traveled Although it may be hard to believe, the Northeast Passage is even more elusive for ad...