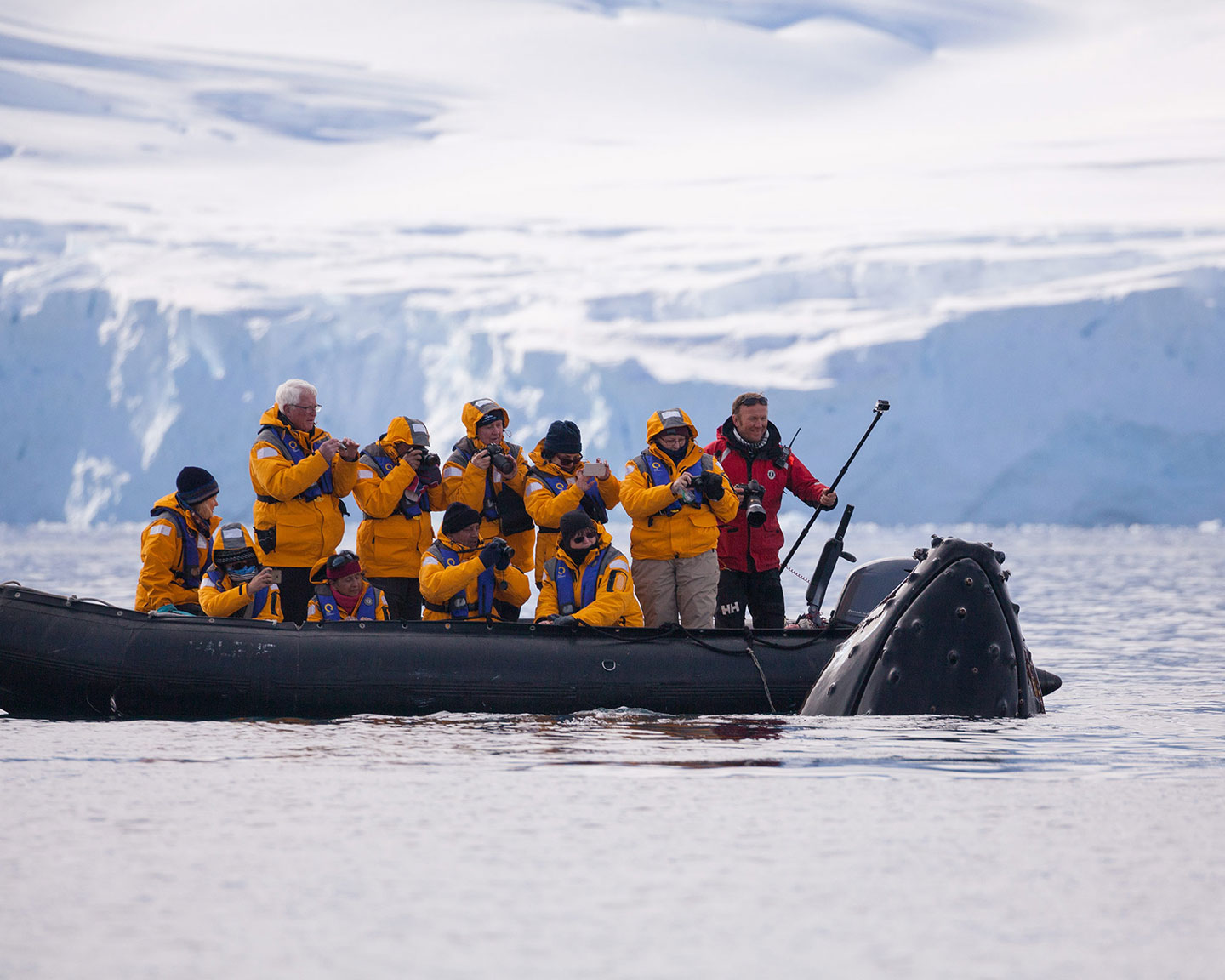 A pod of whales suddenly appears when you were fervently awaiting to see just one. That current of childlike giddiness bursting inside you when you witness for the very first time a humpback whale breaching—leaping out of the Arctic water, twisting onto its back, then dramatically and repeatedly slapping the surface of the water with its tail and fins. Or, the rare vision only a few truly lucky ones get to behold, the sight of a narwhal, which according to marine biologist and polar expedition guide Nick Engelmann, is one of the most elusive of all whale species.

These are the moments we dream of when anticipating whale watching in the northern hemisphere, be it in Iceland, Greenland, the Canadian High Arctic, the Norwegian Svalbard archipelago or the remote Russian Arctic.

And with the right planning, such whale watching moments are all possible in the Arctic.

When is the best time to visit Iceland for whale watching, as well as Greenland?

The best time for whale watching in Iceland and Greenland is from April to late September-early October, with June, July and August recognized as the peak season.

However, whale watching experiences in Iceland and Greenland can differ.

Many visitors to Iceland book a three-hour or even a full-day whale watching tour that leaves from Reykjavik. These types of whale watching excursions are convenient but whales don’t necessarily appear on demand according to a traveler’s schedule. Some years ago I booked a half-day whale watching tour while in Reykjavik but we saw no whales on my whale watching excursion. Our only glimpse of a whale was in the form of a sonar image on a screen down below deck. Now, puffins – we saw plenty of those. But I had my heart set on whales. That doesn’t mean, of course, that all whale loving travelers will have the same experience on half-day tours. 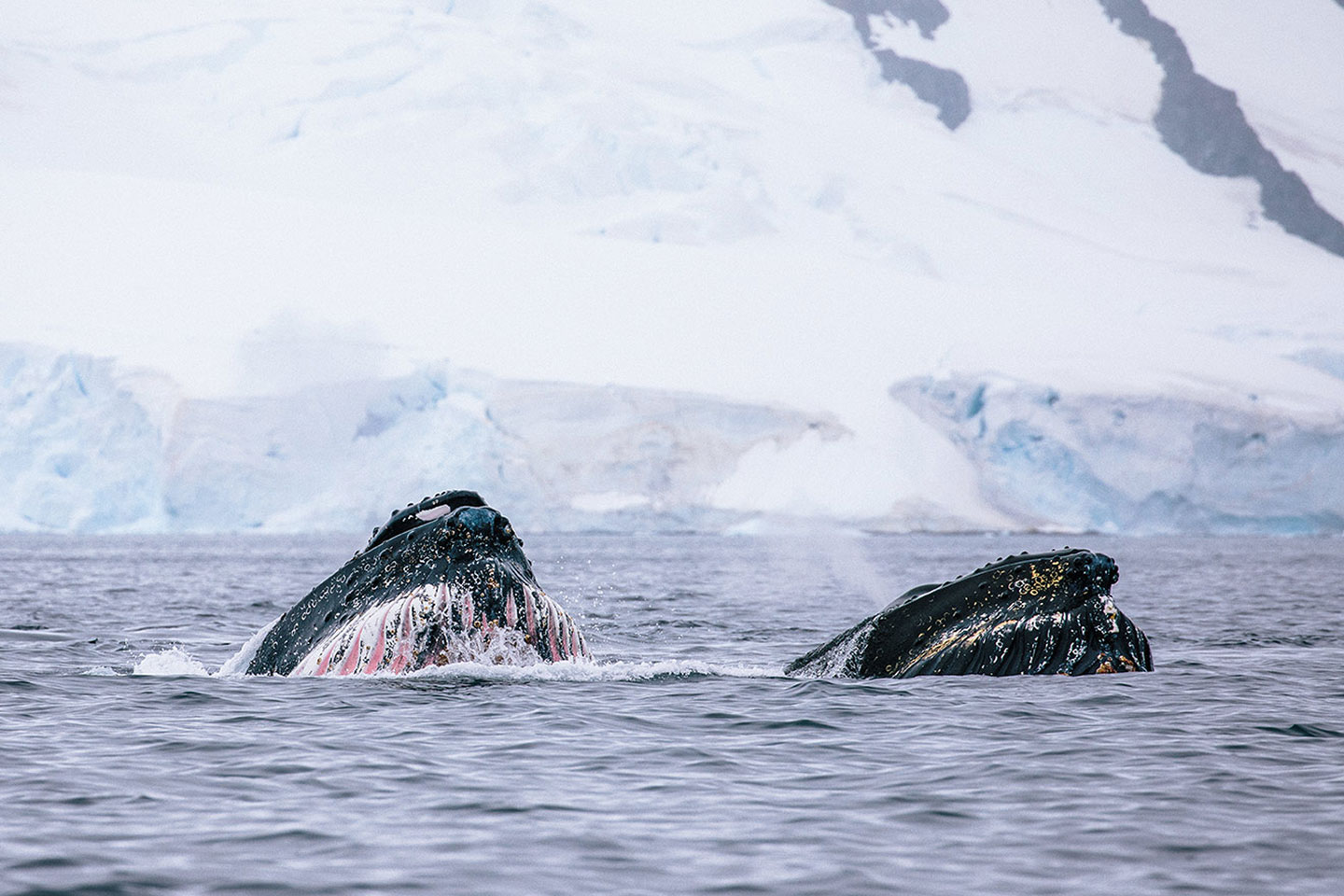 The best way to see whales in this northern part of the world is to join a multi-day Arctic expedition which increases your chances of seeing whales—as well as other wildlife—with the benefit of polar experts onboard your vessel who know where to look, who are familiar with feeding grounds and habits and know from experience when is the best time for whale watching in Iceland, Greenland or other Arctic regions. Remote Greenland, like the Norwegian Arctic, gets far fewer visitors and ocean traffic than Iceland, thus potentially offering significantly more whale watching opportunities in the deep seldom-visited fjords and undisturbed waterways. In my experience, the fewer people there are in a region the greater your chances of seeing majestic wildlife such as whales.

My best whale watching experience was in the Arctic in June of 2019 on a voyage through Spitsbergen but of course you can also see whales in the Arctic as early as May. Experienced expedition teams know to keep watch for whales, as well as for seals, polar bears and other wildlife, which converge along the ice edges. The melting ice opens up passageways for whales to swim toward the estuaries and bays for food and mating. Such whale watching opportunities in wilderness settings aren’t readily available during half-day whale watching tours from busy, populated centres.

How to visit Iceland and see whales on the same trip

If you are keen to see Iceland—as well as experience incredible whale watching—consider one of Quark Expeditions’ multi-day itineraries that start or end in Iceland but also journey to destinations such as Greenland where whales often congregate in larger numbers.  Two voyages to consider:  Under the Northern Lights: Exploring Iceland and East Greenland and Three Arctic Islands: Iceland, Greenland and Spitsbergen. Both of these voyages take place in September and October.

As a longtime traveler, I realize many of my most memorable travel experiences have been those that weren’t originally on my bucket list. For instance, when setting out to determine the best time to visit Iceland for whale watching, ask yourself: what else is there in that part of the world that’s not currently on my radar? Traveling with an open mind is rewarding. Travel-planning with an open mind can be even more rewarding!

What kinds of whales to see in Iceland and Greenland? 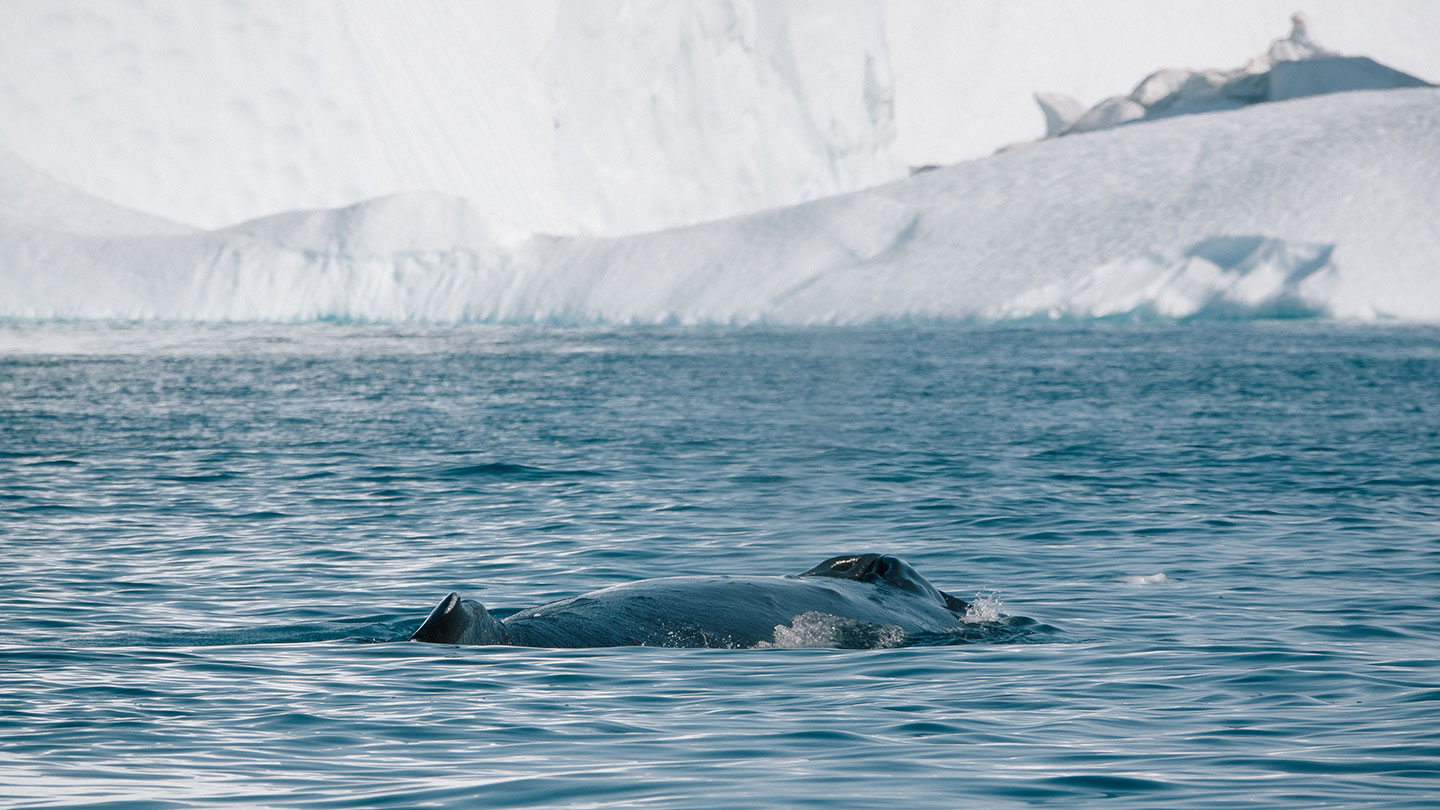 The whale species that are sometimes seen in the waters around Iceland include Humpback, Blue, Fin, Minke, Sperm and Orcas (also known as Killer whales). Greenland is home to about 15 whale species, three of which stay throughout the entire year and don’t migrate: beluga, narwhal and bowhead whales.

The main species spotted in Greenland, which I feel offers more robust chances of seeing whales in true wilderness settings, include: bowhead whales, which grow up to 18 metres in length and sometimes weigh up to 100 tons. Bowhead whales, according to polar wildlife experts, usually spend the spring, particularly April, around Disko Island before moving to other Arctic regions.  Similar in length but weighing much less are humpback whales which are known to be surprisingly curious about expedition ships, swimming close enough for onboard guests to take excellent photographs. Humpbacks are typically seen on the west coast of Greenland, near places like Nuuk and Ilulissat.

One of the smaller whale species is the minke whale which, at 10 metres in length, is still impressive to see. They can be spotted from May to October in the fjords and coastal areas of  South and West Greenland, especially near Disko Bay.

Then there is the elusive narwhal which is noticeable for the long tooth on its nose. The narwhal spends its entire life in the Arctic waters of Canada, Russia, Norway and Greenland.

Beluga whales, the ones that always seem to be “smiling at the camera” because of their flexible head, usually stay in groups of  five to ten and are commonly seen in the Greenlandic waters between Maniitsoq and Disco Bay, and in the vicinity of  Qaanaaq and Upernavik.

The fin whale is quite a sight. It can grow as long as 27 metres and weigh as much as 100 tons. Fin whales are frequently spotted near Uummannaq but also in the waters around Qaqortoq and in Disco Bay.

When deciding the best time to visit Iceland for whale watching, as well as exploring other northern regions where you can see whales, it’s always advisable to start with an operator with a proven track record in polar travel. It’d be a pity to travel all the way to the far north and only see puffins! 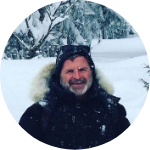 Booking a polar expedition with penguin experts onboard the vessel and an expedition team experienced in po... 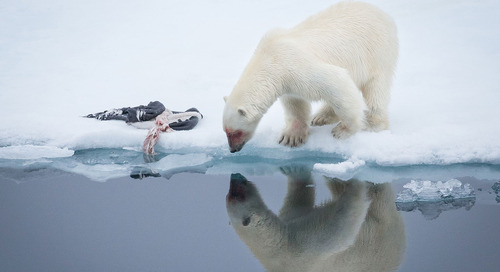 The best place to see polar bears and Northern Lights would be in areas close to the Arctic Circle, such as...