Learn about our “Celebrating Shackleton” Voyage with explorer Tim Jarvis

Tune in as Jarvis talks about Sir Ernest Shackleton’s feats in the Antarctic and what made him so famous in the annals of polar history, plus you’ll learn about highlights of our Celebrating Shackleton: Journey from Antarctica to South Georgia Island voyage:

• South Georgia —the Galapagos of the South Seas

• Grytviken—Shackleton’s final resting place in one of the most remote cemeteries in the world. 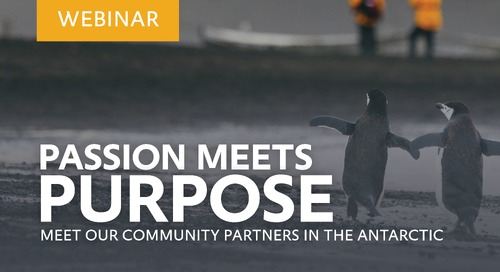 Passion meets Purpose —Meet our community partners in the Antarctic! 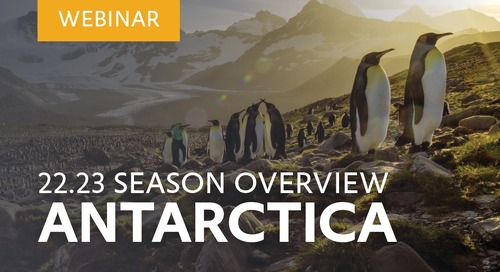 Unpacking the Highlights of our Antarctic 22.23 Season

Join us as Cara Matthew shares the highlights of Quark Expeditions’ Antarctic 22.23 season. Hear what it’s ... 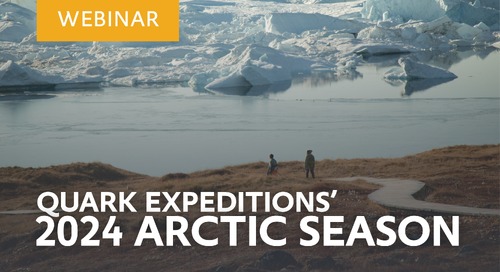 Business Development Manager Tamara Olton will present the big reveal of our Arctic 2024 season, which offers more ways to explore the Arctic than travelers ever thought possible. Get the scoop on A 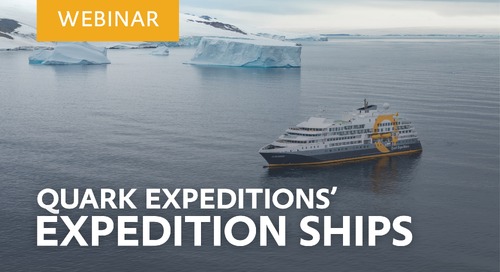 Tune in as National Accounts Manager Chris Hanna shares a detailed breakdown of Quark Expeditions’ fleet of small polar vessels, and why exploring the Polar Regions in a smaller ship has so many advan 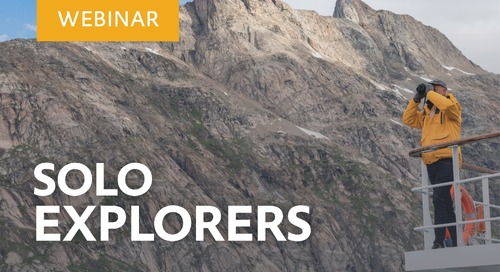 Join Tamara as she shines the spotlight on the solo traveler experience with Quark Expeditions—and how you can take advantage of special offers if you’re traveling on your own. Tamara will discuss: 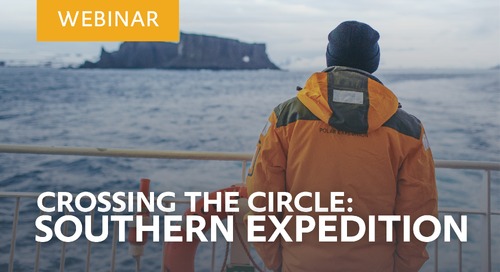 46:10
Tune in for our Crossing the Circle: Southern Expedition webinar hosted by Rebecca Stacey

Join passionate polar ambassador Rebecca Stacey as she shares highlights of our Crossing the Circle: Southern Expedition—of which the most memorable moment is the experience of crossing latitude 66°33 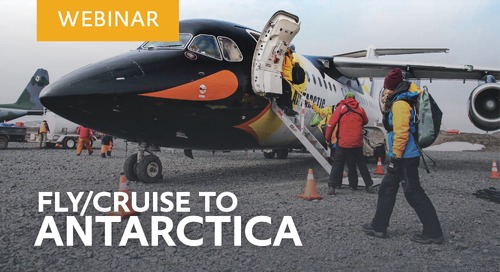 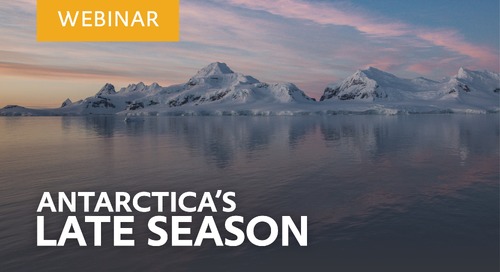 52:03
Tune in for our “Late Season in Antarctica” webinar with Laurence Deloison, Business Development Manager with Quark Expeditions

Join seasoned polar traveler Laurence Deloison as she shares the incredible highlights you can experience when visiting Antarctica late in the season. You’ll be intrigued to learn about: •The increa 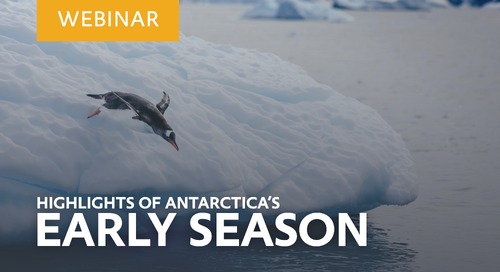 Join Beth, who has participated in multiple expeditions to the Polar Regions—at different times of the year—for what promises to be an insightful webinar, “Antarctic: Early Season Highlights.” Beth w 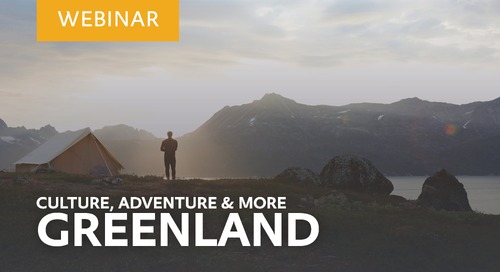 Join seasoned polar experts Alex NcNeil and Beth Mercier as they delve into the highlights of our “Greenland Adventure: Explore by Land, Sea and Air” itinerary. They’ll explain how you can enjoy a tri 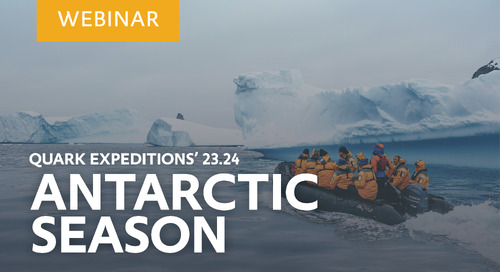 1:14:19
Tune in for our “Antarctic 23.24 Season Preview” with Business Development Managers Laurence Deloison and Christiane Bach

Do you want to go on vacation? Or on an expedition of a lifetime? Laurence and Christiane, both of whom are seasoned polar travelers, will unpack highlights of our Antarctic 23.24 season, which inclu 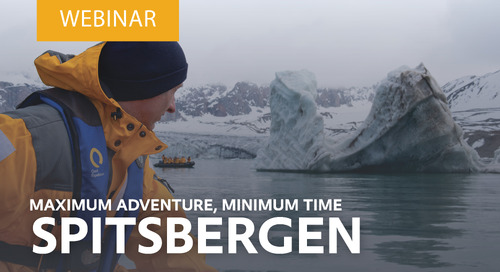 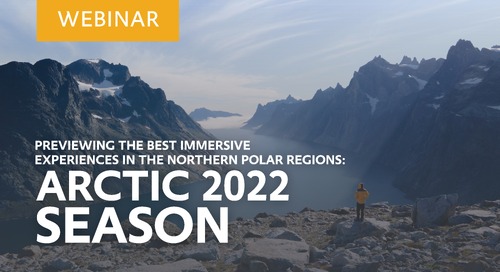 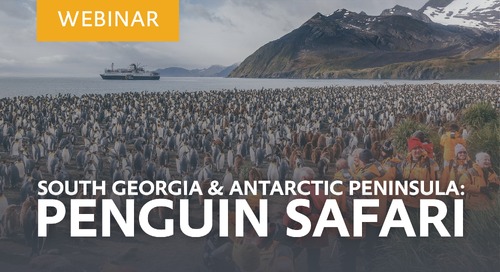 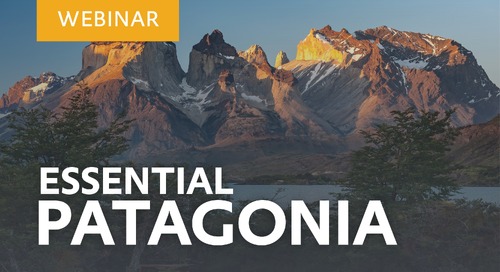 (We apologize for the technical difficulties throughout the first few minutes of the webinar. Thank you for understanding!) Tune in as Business Development Manager Chris Hanna hosts a captivating dis 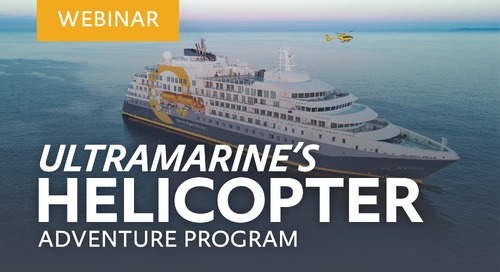 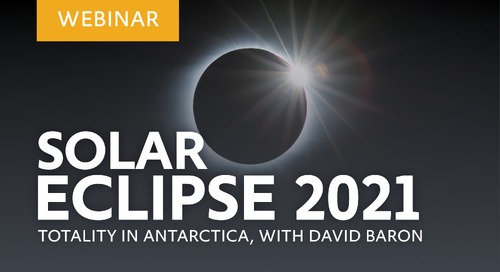 Learn about the rare phenomena about to unfold later this year in Antarctica—a Total Solar Eclipse! Tune in as author and respected eclipse-chaser David Baron explains the incredible moments guests c 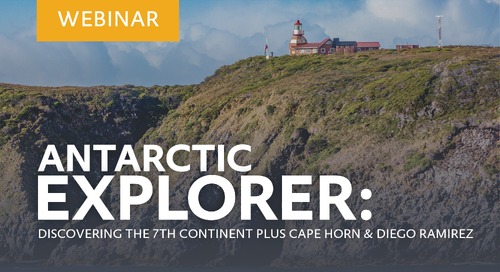 29:22
Learn about our “Antarctic Explorer: Discovering the 7th Continent plus Cape Horn and Diego Ramirez” voyage with Carlos Ramirez

Discover what it’s like to journey to the “edge of the earth,” while visiting the historical landmark of Cape Horn, the world-famous albatross nesting grounds at Diego Ramírez Islands, and the classic

1:01:52
Passion meets Purpose —Meet our community partners in the Antarctic!

Penguin conservation. Biosecurity. Preservation of Antarctic heritage buildings. Giving back to the Polar Regions has always been important to us at Quark Expeditions. But the work we do in the Antarc

59:28
Unpacking the Highlights of our Antarctic 22.23 Season

Join us as Cara Matthew shares the highlights of Quark Expeditions’ Antarctic 22.23 season. Hear what it’s like to observe thousands of penguins, whales breaching, and glaciers crashing into the ocean 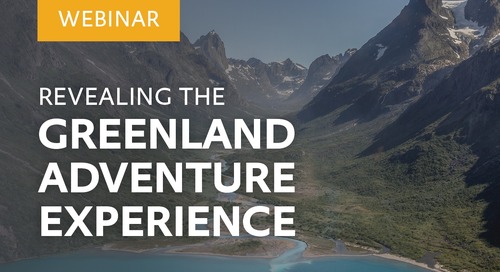 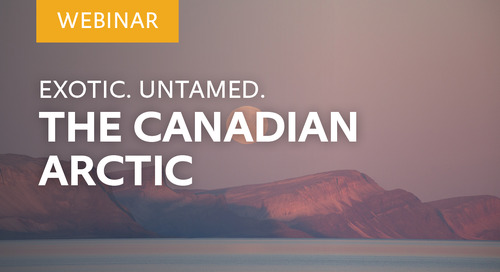 Ancient glaciers. Towering icebergs. Dramatic fjords. Incredible wildlife. And it’s all in your own backyard—where you can travel safely: the Canadian Arctic.