On a beautifully warm day in Churchill, Manitoba, the Sea Explorer welcomed a new group of passengers aboard. After a long day of travel and sightseeing for our guests, we had initially planned a restful evening for their first hours aboard the ship – but nature had other plans. In the true spirit of an expedition, we decided to seize the opportunities that presented themselves, because outside, something amazing was happening.

Alongside the ship, in the Churchill River, thousands of beluga whales and their young calves broke the surface of the water as far as the eye could see. The water itself stood mirrorlike and calm, dazzling sun reflecting in all directions. We set immediately out for a zodiac cruise in the evening light. A few short minutes from the ship, we set our engines to idle, and we waited.

The belugas surrounded the zodiacs, skimming under the surface of the water and breaking through in short and frequent bursts. The grey calves splashed energetically, the pristine white adults sleek and elegant in their motion. I thought about how amazing it would be to listen to them underwater, as belugas are the most vocal of all whale species, with an incredible range of sounds they use to communicate. Some of the staff tried squeaking their boots against the zodiac pontoons to capture the whales’ attention; my closest encounters happened without any efforts whatsoever. 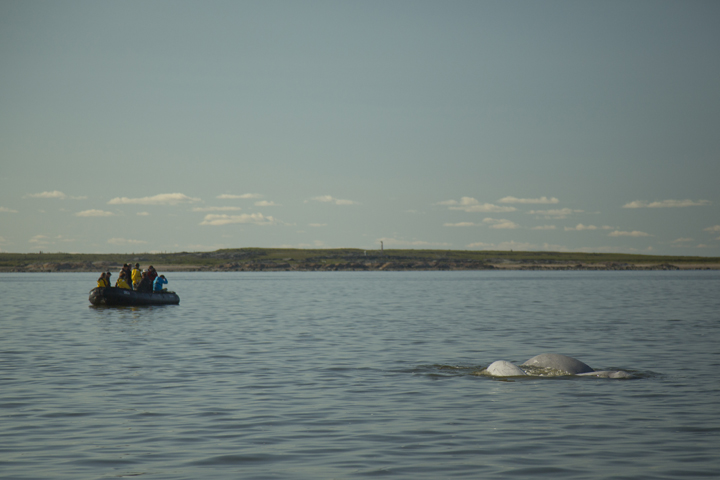 As I looked over my shoulder at the zodiac’s motor, my eye was drawn to the constant stream of water that keeps the engine cool. There, mere inches below the surface, was the face of a beluga whale, staring curiously up at the engine’s cooling stream. As I watched, it slowly spun around a few times, seeming to look right up at me as it did so. I laughed aloud in delight and called for my passengers to take a look. “It looks as if it’s drinking from a fountain!” exclaimed a passenger. “You’d think it hadn’t seen water for days!”

For most of that remarkable evening, there was little to do except intermittently laugh and exclaim from the sheer wonder of it all. Such a close and friendly encounter with wildlife was like something out of a dream. As the time passed and we moved slowly towards the ship to return for dinner, the whales gained a newfound fascination with the zodiac’s motor. Nearly the entire drive back to the ship, we were followed by a group of about five whales, only a meter or two away, porpoising curiously in the boat’s wake.

We could not have asked for a more stunning start to our trip to Kangerlussuaq. With the magic of the evening still lingering over us, we sailed east from Churchill, watching a brilliant orange moon rise above the sea as our voyage began. 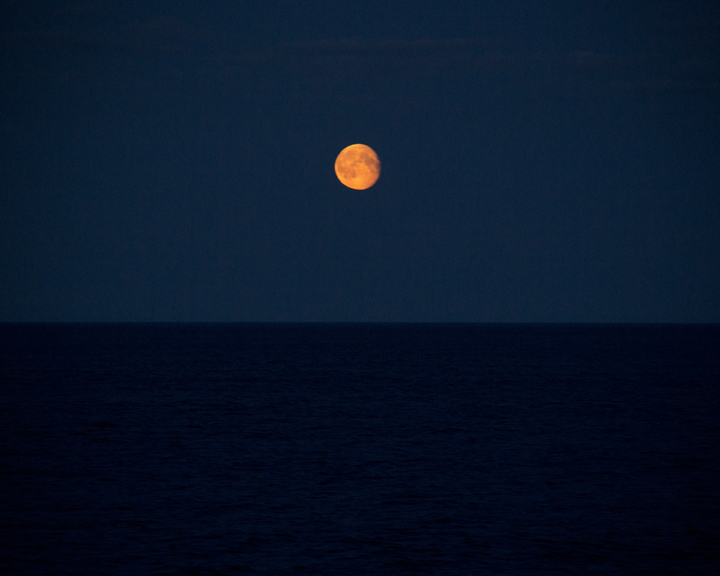 What To Pack For The Polar Regions

What to Pack Consider the Weather You will be traveling to the coastal regions of Antarctica during the sou... 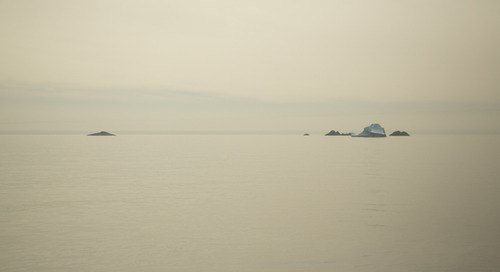 By Acacia Johnson Having spent a day crossing Davis Strait from the foggy, ice-filled wonderland that was G...