As we sailed toward South Georgia we were blessed with gentle seas. Our last day at sea was blessed with playful humpbacks and some good views of their massive pectoral fins slapping the water.

We sailed toward and around Shagg Rocks and were rewarded with an avian extravaganza. Shaggs flew by in squadrons, Black browed albatross kept a graceful and elegant vigil on proceedings and then we were joined by a splendid Wandering albatross which with its 3.5 metre wingspan made all the other birds look a little less. Captain and helmsman navigated a course around these isolated rocks which jutt out of an often storm swept sea giving us great views. 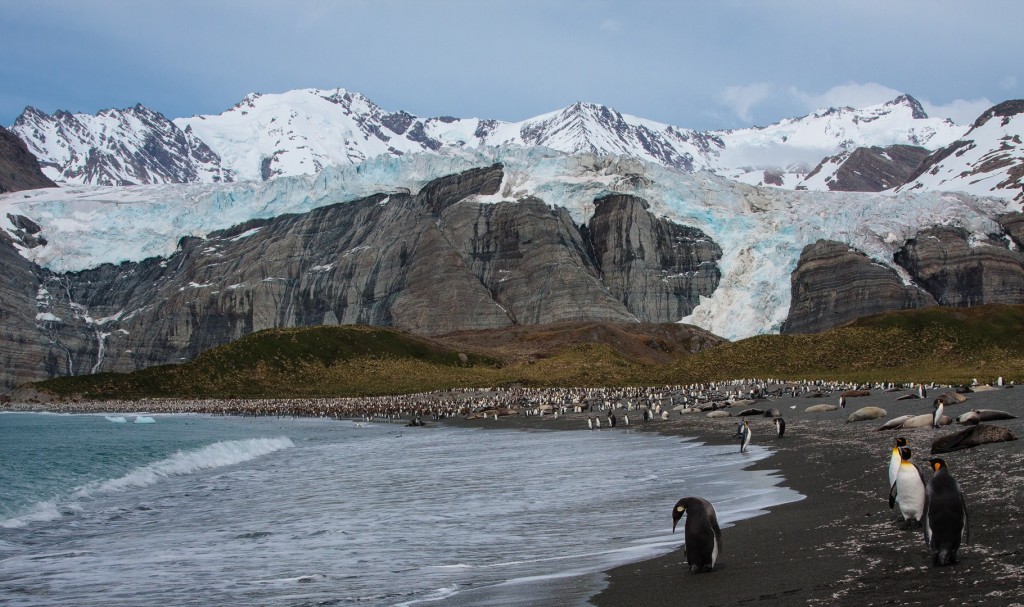 An early start provided our hungry eyes with immediate rewards. Our first views of the savage South Georgia scenery was as we sailed into Stromness Bay. Fresh snow dusted the scenery. Soon at anchor at Stromness harbour we went ashore whilst others from our party zodiac cruised the bay. Shackleton completed his crossing of South Georgia in Stromness. We were able to walk in the footstpes of this iconic explorer of the heroic age of Antarctic exploration. Fur seals had divided the beach into territories and we carefully navigated our way through enjoying the fresh snow falling, the strong smelling elephant seals and King penguins parading.

We sailed into Grytviken where beautiful scenery provided a wonderful backdrop to the remains of the whaling station. 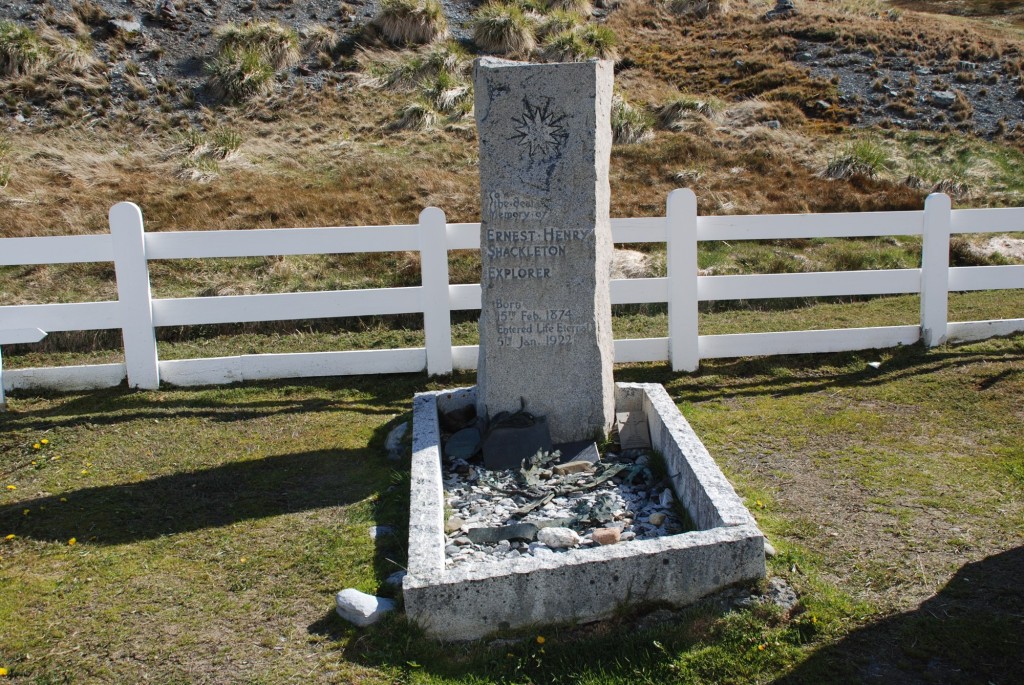 Driving snow and strong winds created a majestic scene at Gold Harbour. We enjoyed great views from the ship but the crashing waves and dramatic surge precluded zodiac operations. In expedition style we decisively changed the plan sailing directly to Fortuna Bay. At Fortuna bay strong winds whipped across the surface but a protected position at Anchorage Bay gave us wonderful King penguin views with a glacial backdrop. Seals reclined, rested and sometimes bounded into a flurry of fur in conflict with a neighbour. We enjoyed their antics without becoming part of the battle.

Our afternoon excursion appeared threatened by strong winds which buffeted the ship. As we sailed into Bay of Isles we found a niche of protection and all enjoyed a bounteous harvest of King penguins and their chicks, Hundreds of thousand of King penguins were present in all manner of poses. 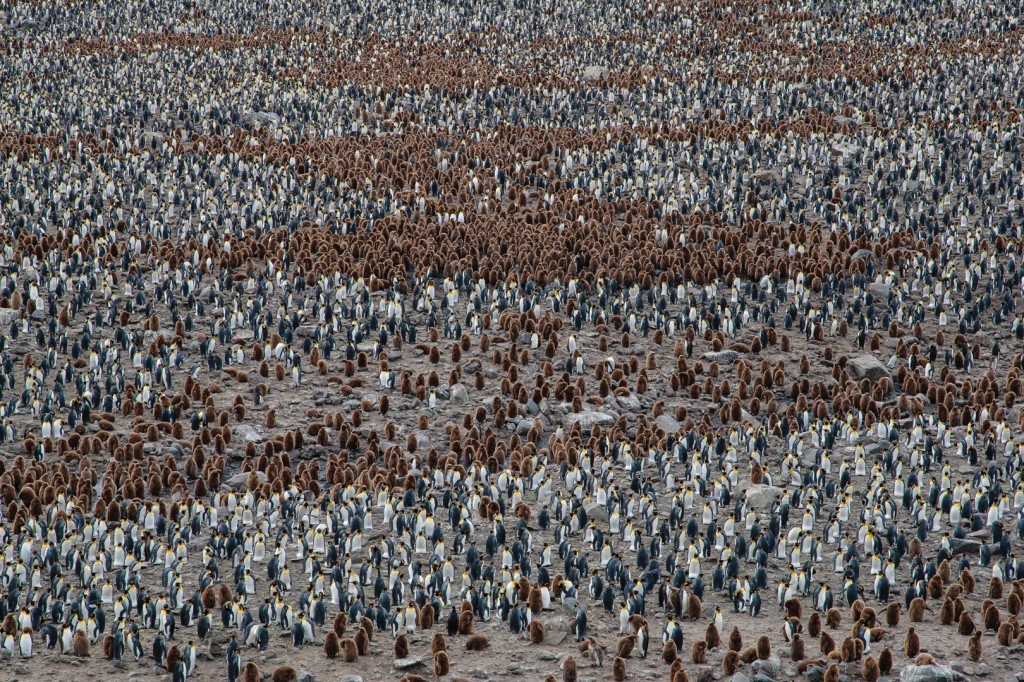 A five a clock wake up brought the ship to life. Captain found a great position for the ship and e all had an incredible time at the largest King penguin colony in South Georgia. Elephant seals lolled affectionately on the beach. Elephant seal pups gazed up with deep wide eyes as we walked to the edge of this massive colony of Penguins. Reindeer put in an appearance grazing nearby. We spent in total about six hours at St Andrews bay either in landing or zodiac cruising and all were rewarded with great viewing, a wide range of perspectives and time to observe the behaviours of the wildlife in an awesome landscape.

Our final excursion was a zodiac cruise and kayak up into Larsen Harbour. We gently explored relishing a less frenzied environment where the landscape took our breath away. Weddell seals lolled on shore, fur seal pups frolicked and terns hovered, dipped and fed elegantly from the kelp tendrils which flutter in the sea here. 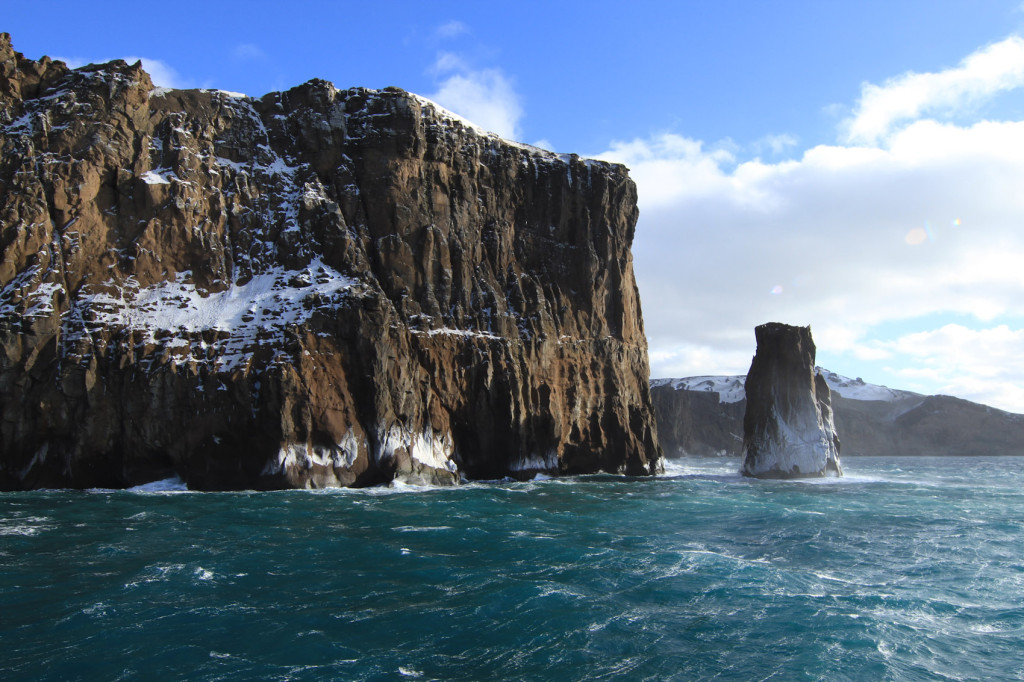 Ferocious, furious and frantic winds ripped at us as we sailed into the culdera of Deception Island through the entrance, Neptunes bellows. Winds accelerated over the icy parapets and ripped down into Port Foster measuring over seventy knots. The water was smoking as the wind tore across its surface. These conditions were impossible for zodiacs. We marvelled at the forces of nature here and the power they exert. We sailed out of the bellows countering currents and buffeting winds and sailed south.

We rose early to a bright blue sky day and ventured out to spend some time with the gentoo penguins. Icebergs decorated the surrounding seas and at the shore we had build steps into the snow to get onto the penguin polar plateau. Magical conditions left us glowing. Kayakers revelled in the calm as they circumnavigated Cuverville island. 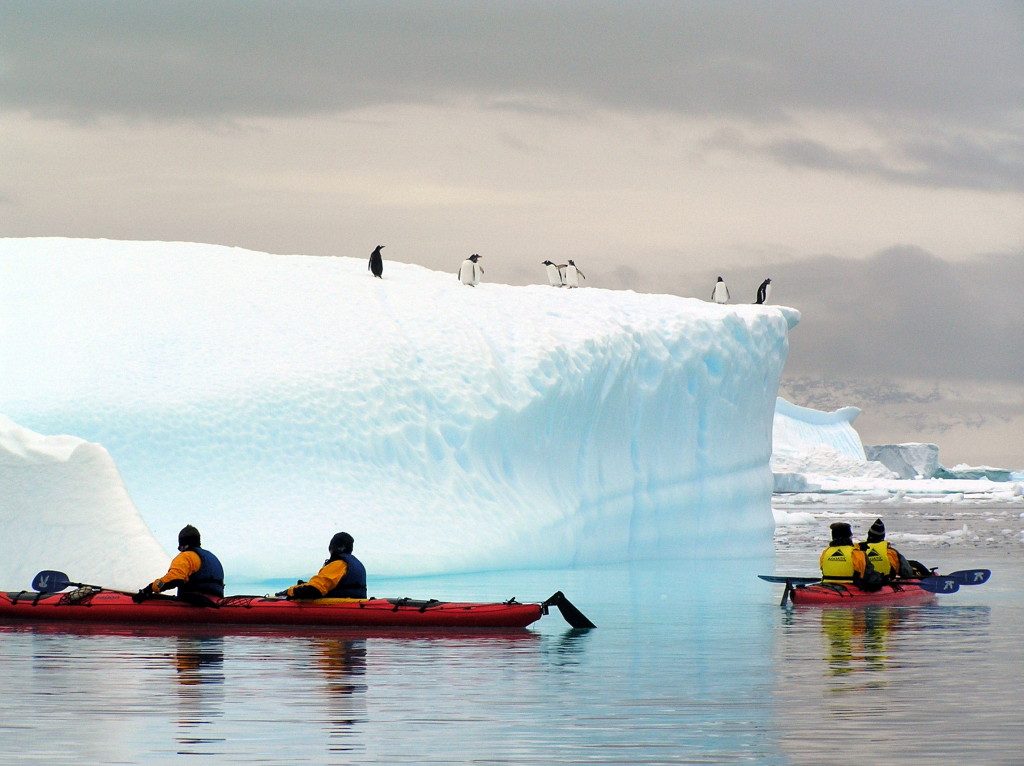 Stepping up in snowy steps to enjoy panoramic views of the errera channel and watch the antics of gentoo penguins in the lofty nests.

Captain Oleg skillfully penetrated the ice net to bring us into Paradise. We all celebrated landing on the continent of Antarctica. We reflected on this special place and were in awe of its grandeur.

Back on board we dined royally on wonderful food whilst the glacila scenery astonished and delighted us.

Interested in this superb voyage? Check out: Falklands, South Georgia, and Antarctica 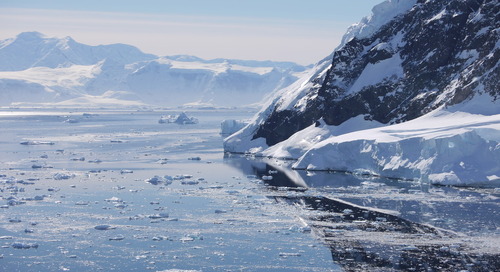 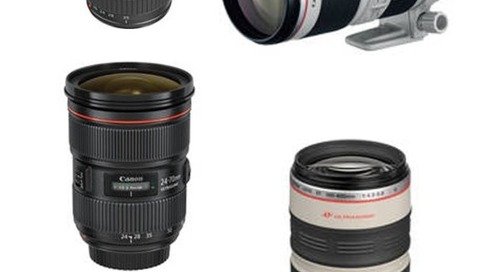 Feature photo by Göran Ehlmé, National Geographic Creative Can you introduce yourself? My name is Paul Nick...