The Arctic is a magical place that, if explored with the right operator, offers bold adventurers unforgettable immersive polar experiences. A beautiful domain encompassing frozen tundras, sculpted icebergs, fjords, glaciers, and snow-capped mountain peaks, the Arctic is also home to a wide array of wildlife. Many of the animals that dwell near the top of the world are never seen anywhere else. If you love to take photographs of rarely seen wildlife, the Arctic is home to some of the most hard-to-come-by animals on the planet.

Most people think of polar bears as the defining Arctic animal and, while polar bears are the undisputed Kings of the Arctic, other marine animals also inhabit the waters of the north. In particular, Arctic seals are some of the most rarely seen but also most sought-after animals to encounter while cruising through the Arctic Ocean. 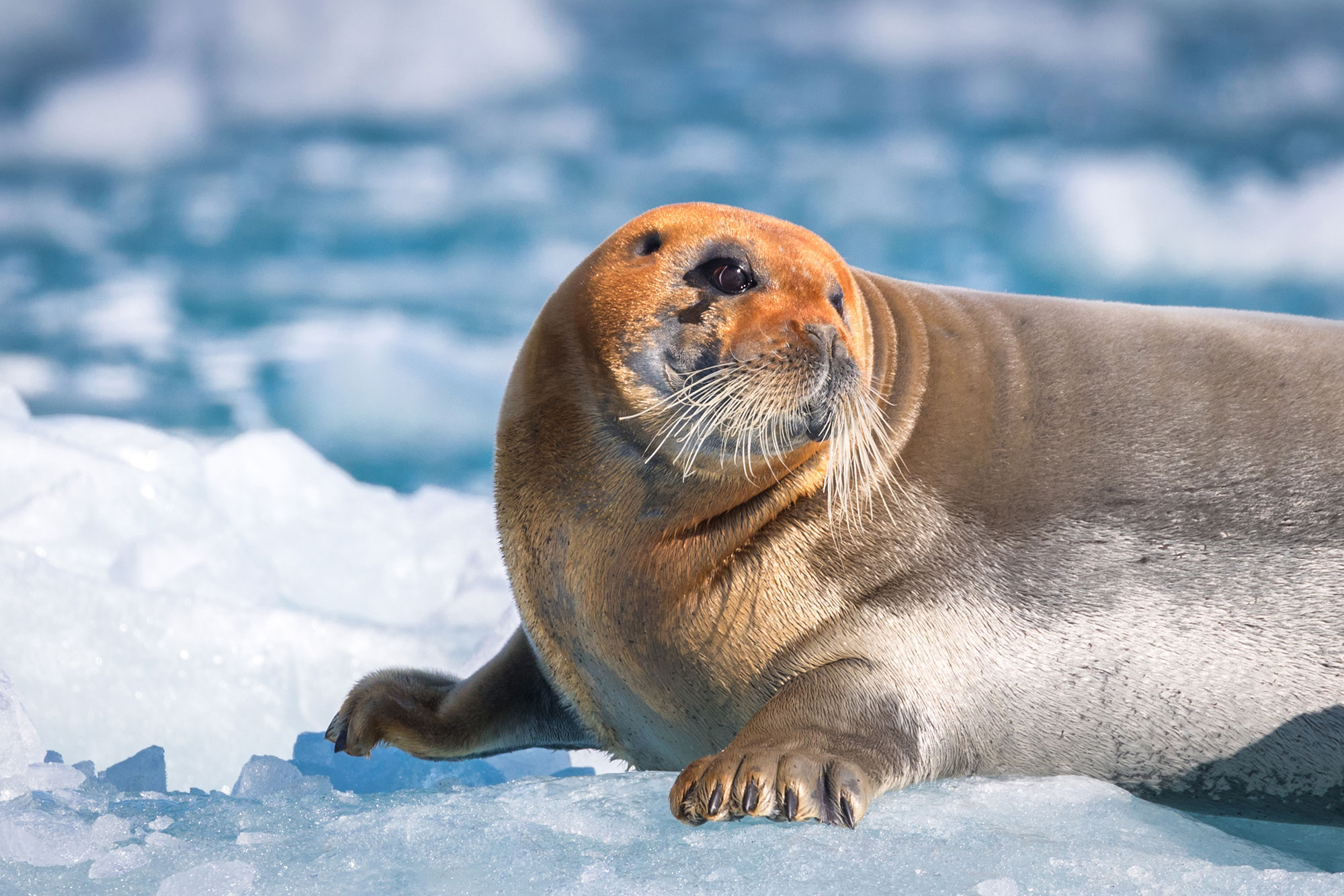 Believe it or not, you don’t have to go to the middle of the Arctic to see Arctic seals. Northern portions of Canada and Greenland, which cross into the Arctic Circle, serve as home to many families of Arctic seals that migrate to and from the center of the Arctic itself.

One of the best opportunities to encounter Arctic seals while on a cruise is by booking the Northwest Passage: Epic High Arctic voyage. This 17-day journey takes you on a voyage through the Baffin Bay with stops in both Greenland and the Canadian Arctic. You’ll immerse yourself in local Inuit culture while on land and have an opportunity to see pods of seals, whales, and other animals playing in the water while traveling at sea.

Best ways to see Arctic seals in the wild

One of Quark Expeditions’ team members wrote about the best ways and the best places to see Arctic seals in the wild. This nature lover took a journey through Canada’s fabled northwest passage and witnessed families of seals, narwhal whales, walruses, and other animals. On another journey, she traveled through East Greenland where guests encountered families of amazing Arctic wildlife as a surprise treat for her adventure. When contemplating a cruise like this, it’s always a good idea to get your Packing list and Gear planned out well in advance

You can also see Arctic seals in the wild when you travel on the Spitsbergen Explorer: Wildlife Capital of the Arctic itinerary. This 12-day adventure begins in Oslo and takes you as far north as Phippsøya on the cusp of the Svalbard archipelago.

On this journey through Spitsbergen, polar bears are the more commonly seen Arctic animal. Polar bears are natural predators of Arctic seals, which is one of their preferred mammals to hunt on the shores and along the ice edges. Wherever there are polar bears, it’s a safe bet that Arctic seals are not too far away.

Types of Arctic seals you can encounter on a cruise

Like with most wild animals, there are organizations dedicated to the study of rarely seen seals to help scientists and voyagers pinpoint the best locations to track activity among those animals. The National Snow and Ice Data Center are one of those organizations, and they’ve compiled a list of six types of Arctic seal species most commonly found. 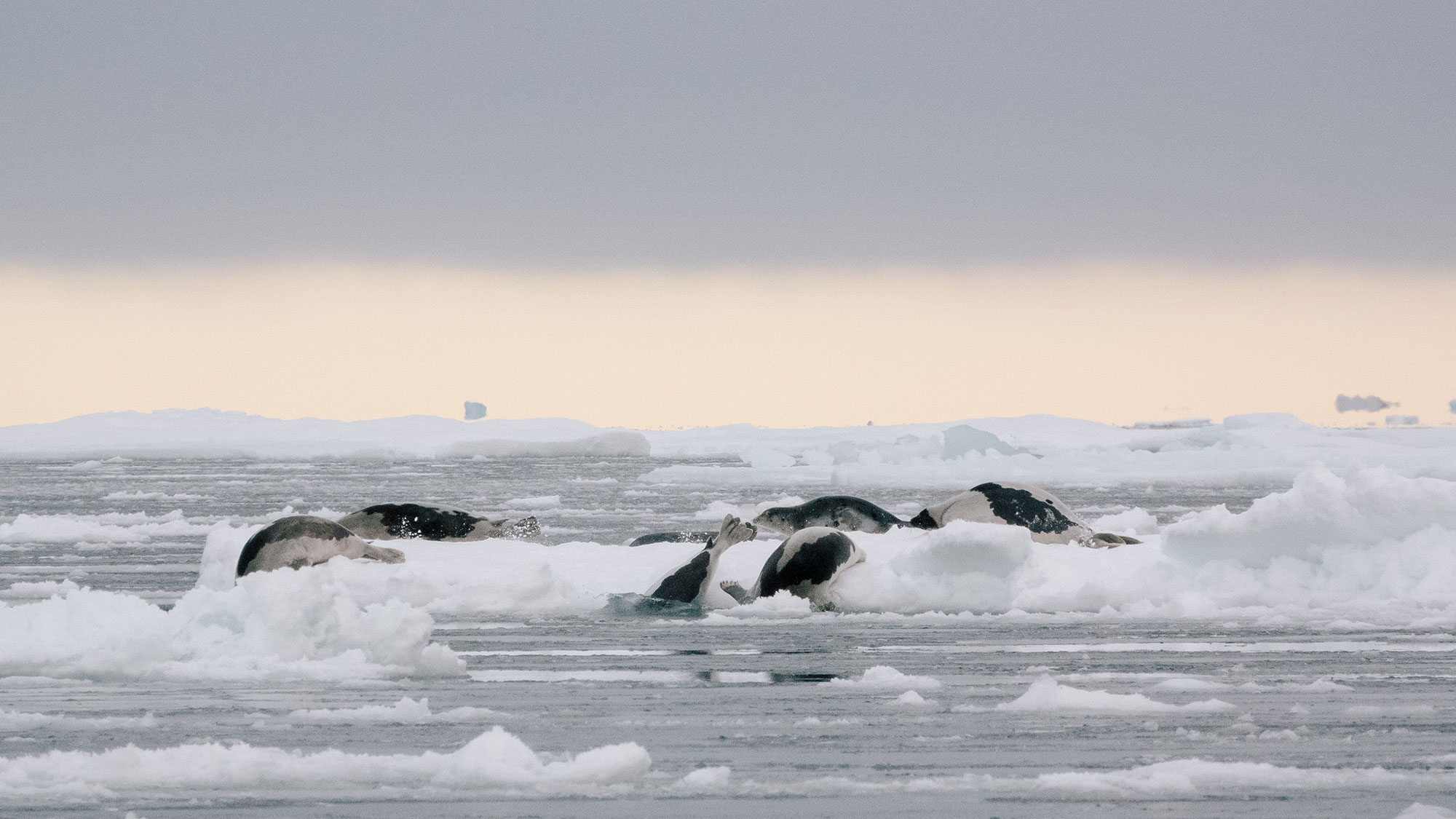 A colony of harp seals cavort in the Arctic ice and ocean. Photo: Sam Edmonds

Harp seals are also known as saddleback seals, and they can dive as deep as 500 meters underwater. They also have the nickname, the Greenlandic seal, due to their propensity to swim and make their homes in and around the island of Greenland.

The hooded seals weigh up to 180 kilograms and are distinguishable for their silvery grey coats of fur. Unlike other Arctic seals, hooded seals often swim much farther south of the Arctic circle. Some voyagers and fishermen have spotted hooded seals in the Gulf of St. Lawrence in central Canada.

Ringed seals are very distinct in that they are earless and are much smaller than other types of seals. Their skin is covered with rounded dark spots that are encompassed by grey rings that give the animal its name. 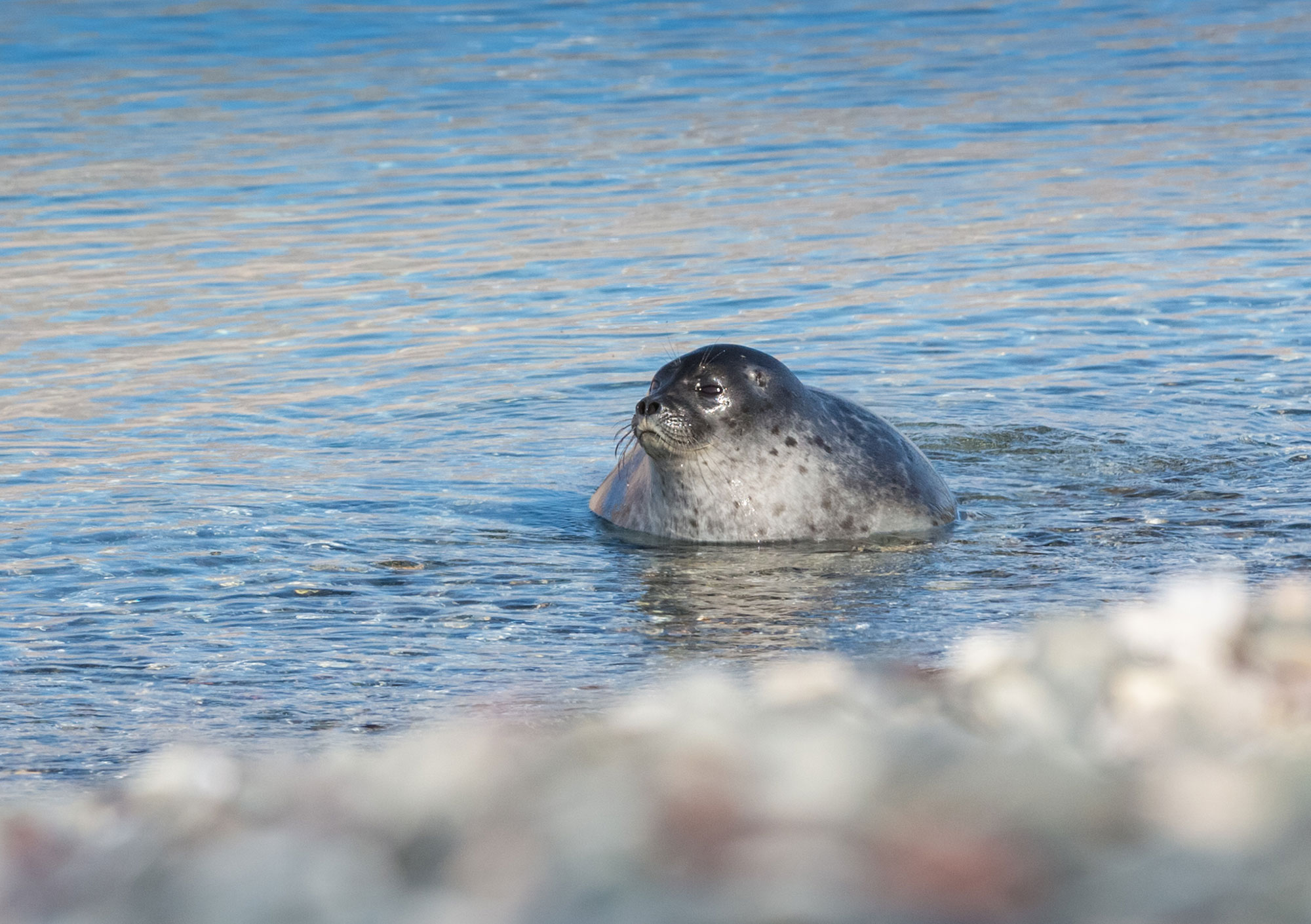 Bearded seals  are reportedly the largest of all Arctic seals, averaging up to 2.5 meters in length and weighing as much as 370 kilograms. An interesting fact about bearded seals is that females are typically bigger than their male counterparts, which is a rare trait in the animal kingdom.

Spotted seals are smaller than many other Arctic seals and are distinguishable by their preference for the North Pacific Ocean as opposed to the North Atlantic Ocean. They have round heads with snouts that resemble the face of a dog, giving them a somewhat playful appearance.

The ribbon seal has a black coat with white stripes that make it resemble a penguin from a distance. Like the spotted seal, the ribbon seal prefers the north Pacific Ocean and can often be found around the Bering Strait between Alaska and Russia.

What to expect on an Arctic Seal watching cruise

Seals are entertaining to watch as they like to make noise and play along the surface of the water. People who undertake polar adventures to the Arctic are endlessly fascinated when they’re fortunate enough to come across a colony of playful Arctic seals.

One thing that you can expect is to find polar bears nearby seals that swim near the shore of frozen islands. That’s one of the highlights of the Spitsbergen Photography: In Search of Polar Bears adventure. On this 14-day exploration of the Svalbard archipelago, you get the chance to witness not only Arctic seals, but the polar bears that hunt them for food.

You’ll also have opportunities to explore the islands, and you can even join a Zodiac cruise, go kayaking, or sign up for a paddling excursion for more views of Svalbard wildlife. It’s not uncommon to paddle right by a chunk of floating ice with a seal lazing on top.

Quark Expeditions is committed to providing guests with an adventure they’re not going to forget. But we also pride ourselves on our support of and adherence to the rights and protection of wildlife animals living throughout polar destinations.

AECO (the Association of Arctic Expedition Cruise Operators), which governs the way operators explore and engage with wildlife in the Arctic, has very strict rules designed to protect wildlife. Quark Expeditions is fully committed to upholding and adhering to the guidelines provided by AECO. While we encourage you to appreciate the Arctic seals in their natural environment, we also ask all of our guests to maintain a safe distance (as your guides will explain to you) from the animals and not disrupt their way of life in the Arctic. 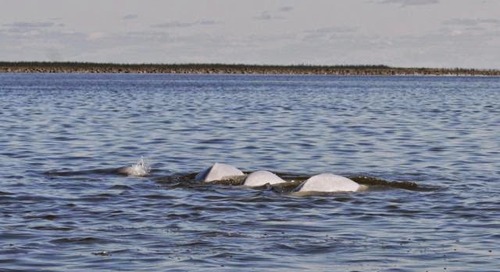 Where are the best places to see beluga whales in the wild and how can you see these incredible mammals? Re... 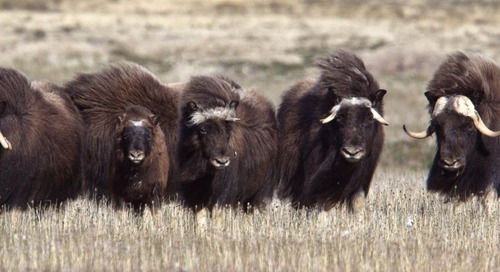 What should you know about the Northeast Greenland National Park and how you can visit this sprawling ecolo...