Home » Blog » The View from the Bridge: What Are Your Captain & Expedition Leader Up To?
× Share this Article

The View from the Bridge: What Are Your Captain & Expedition Leader Up To?

Life aboard a small ship expedition to the Arctic or Antarctica is about as close as you can get to reliving the adventures of famous polar explorers. Today, much more is known about the pristine wilderness of the polar regions--their fragile environments, biologically unique and diverse ecosystems, and often punishing but also fascinating climates. There are still so many mysteries, though. 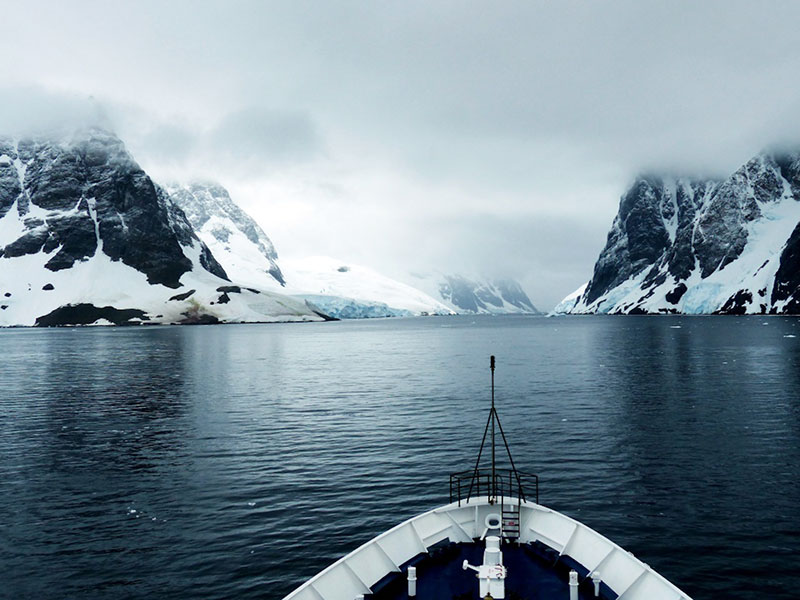 The view from the bridge: entering the Lemaire Channel on polar expedition in Antarctica.
Photo: Quark passenger Paul Shaver

Small ship cruises in the polar regions make it possible to explore more thoroughly and immerse yourself more fully in the experience of exploration. Small ships can traverse channels and reach landing sites the larger cruise ships simply can’t navigate.

You’ll also find that onboard, traveling with a smaller group of passengers and crew makes for a far more intimate experience. One example of this is the ‘Open Bridge’ policy on Quark’s polar expedition vessels, which gives you a front row seat to the expedition planning action.

What does Open Bridge mean?

The bridge is your expedition ship’s command centre; this is where the magic happens! From the bridge, your Captain and his crew can see the way forward both visually and through advanced nautical navigation equipment. They can control the wheel and throttle, guiding your group safely over open water, through narrow fjords, and into pristine polar bays for further exploration by Zodiac or on foot. 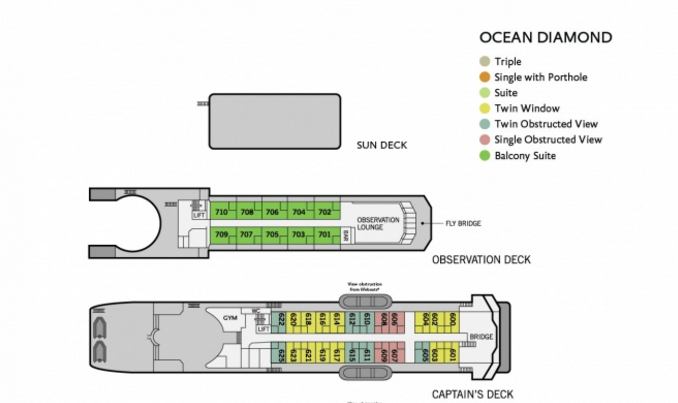 Wall-mount ship maps on each vessel will help you get oriented and explore the open areas and decks throughout your polar expedition.

On the Ocean Diamond, for example, the bridge is located on the 4th Deck, also known as the Captain’s Deck.

What’s unique about our ships is that as often as conditions allow, your Captain and Expedition Leader exercise an ‘Open Bridge’ policy. This means you’re allowed to actually go into the command centre of ship for a look at the inner workings of your expedition. On larger ships, as with the cockpits of commercial airlines, these areas are typically restricted and inaccessible to passengers.

What happens on the bridge?

Your Captain and Expedition Leader are constantly in communication throughout the trip. Charting the best course forward is an ongoing operation, as weather and ice conditions change. 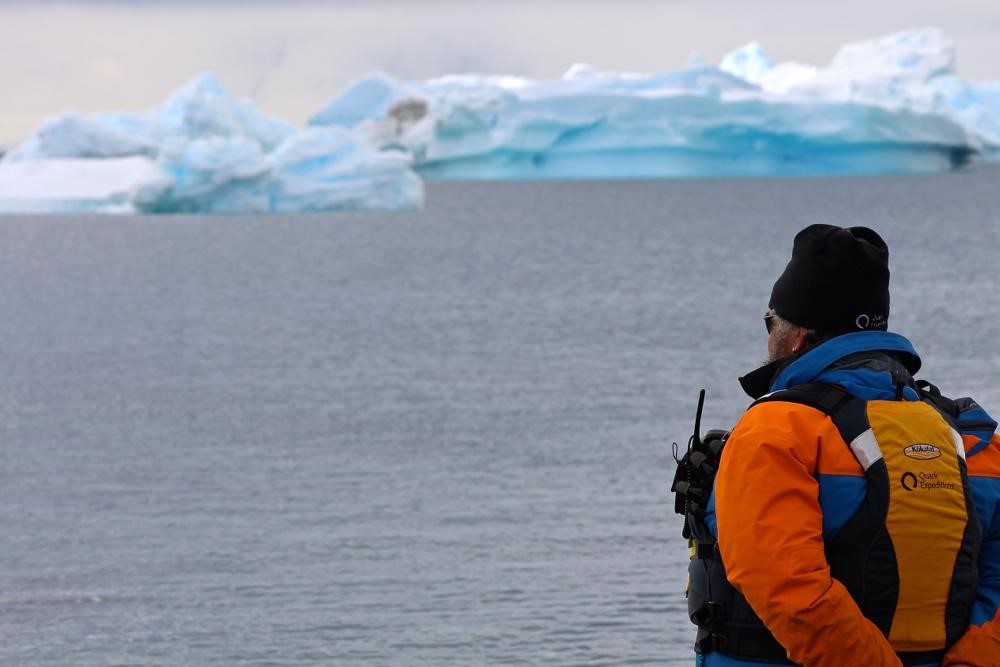 The Captain and crew monitor sea and ice conditions in a number of different ways. In Antarctica, they use advanced equipment to determine which channels are passable, which bays can be entered, and more. En route to the North Pole, the Captain and crew also have access to an onboard helicopter, making it possible to visibly check out the ice conditions ahead. All of this helps to ensure the safest path possible.

(When the helicopters aren’t being used for scouting the conditions and weather conditions permit, you might even get to go sightseeing high over the Arctic! In this video, YouTuber Vivienne Gucwa from astronaut Chris Hadfield’s special Generator Arctic expedition shares her first polar helicopter ride with viewers.)

Your Expedition Leader takes that information and uses it to make decisions about your upcoming Zodiac excursions and shore landings. They aim to find the most interesting landing sites and activities for you throughout the expedition. This is a job that really comes down to their vast knowledge of the areas we visit, thanks to many years of experience guiding expeditions in the polar regions.

For example, when the Lemaire Channel is passable (between the mainland of the Antarctic peninsula and Booth Island, off the Graham Coast) and the conditions are right, your Expedition Leader could plan your day around that passage through seven miles of the most beautiful scenery on the planet. Sometimes thick sea ice prevents its passage, though, in which case you could be heading straight to the Gerlache Strait (between Anvers and Brabant Islands and the Antarctic Peninsula) to Cuverville Island, to visit colonies of adorable Gentoo penguins and take a refreshing hike. 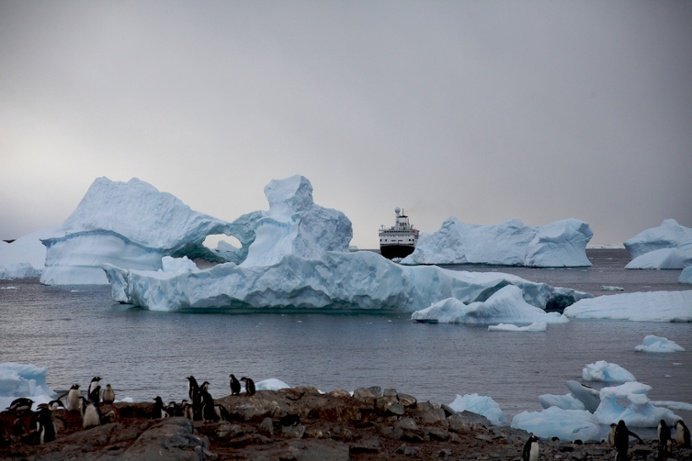 Gentoo penguins gather and nest on the inhospitable rock at Cuverville Island, creating loving homes for their chicks on the seemingly impossible Antarctic terrain.

That’s just one example. Over the course of the entire expedition, your Expedition Leader is going to seek out the greatest expedition and polar exploration opportunities for your group. This is the excitement of true expedition travel! You’re not following a predetermined, pre-planned course from A to B. Each morning, you’ll see the day’s activities and landings on signage and monitors around the ship, and your Expedition Leader will share their plans in announcements over the intercom.

Later on, you’ll be able to see the actual path you’ve taken through polar waters to your various landing sites on a map displayed in the bridge. This information will also be made available to you, along with a daily trip log, after your expedition.

What can you see and do on the bridge?

The best part about an Open Bridge policy is that it gives you a chance to explore the bridge at your leisure. Rather than having passengers go in guided groups to see the bridge, you’re free to visit whenever it’s open. If it seems too busy or crowded and you can’t see out over the bow of the ship, you can come back another time. 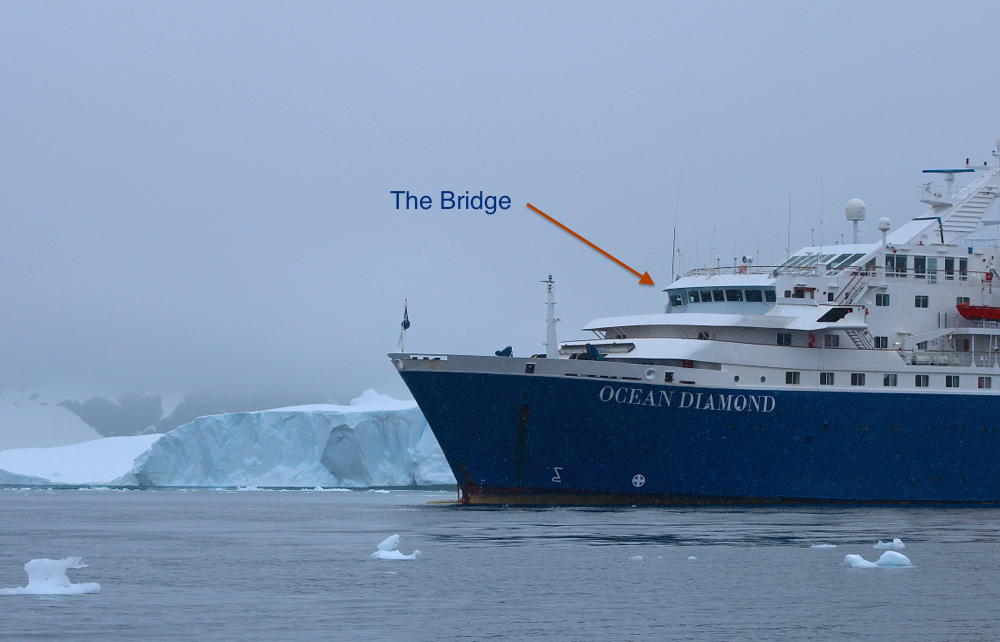 Your Expedition Leader will share the Open Bridge rules with you onboard, but in general, all passengers are asked to respect the marked off-limits areas. The bridge is a quiet zone, where the crew need to be able to hear radio chatter and communicate with one another. Safety is always top priority, so the areas marked open for passengers are to the sides and back of the bridge, leaving the field of vision over the bow clear for the Captain and crew.

Expedition team members are often on the bridge to help you understand what you’re seeing and listening to. They’re also on the lookout for wildlife like seals hauled out on a chunk of floating sea ice, or whales spouting and breaching near the ship. (This is why it’s important to dress casually and in layers onboard! You could hear a call to head to the decks to see wildlife nearby at any time, whether at breakfast or during a yoga class or resting in your room.) 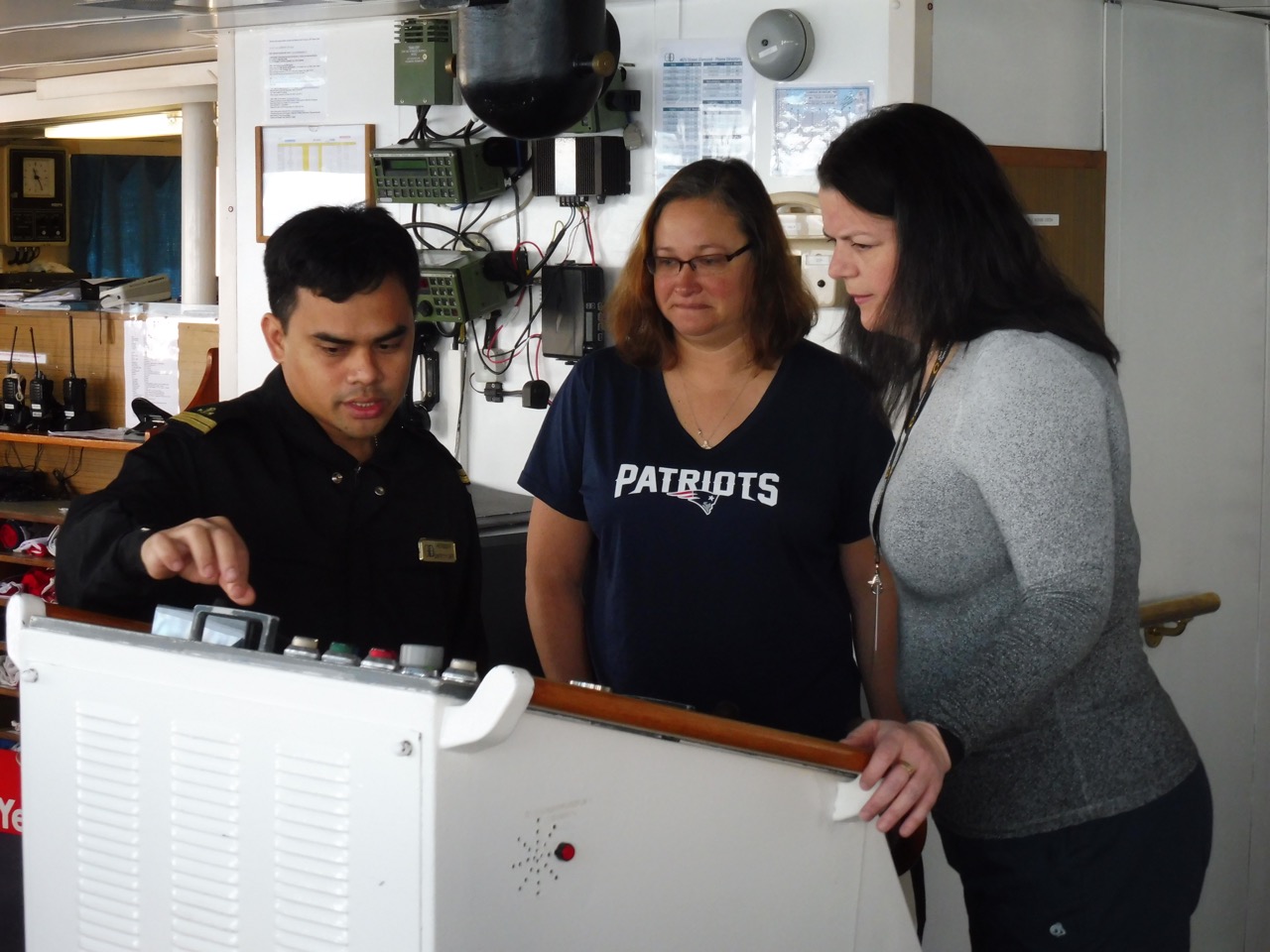 Imagine spotting whales a few hundreds yards from the ship, while a marine biologist--one of your guides--explains to you their breathing and migration patterns! The bridge is a fantastic place to learn as much as possible about what’s going on around you, making your experience as a polar explorer that much more meaningful and authentic. 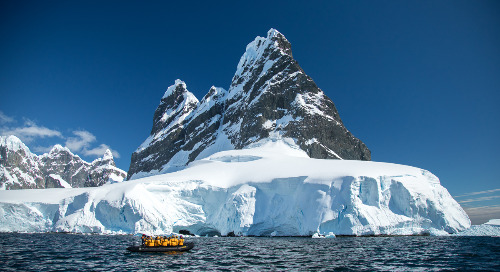 The Art of Polar Photography: How to Take Your Best Travel Pics

Are you prepared to take awesome photos in the Arctic or Antarctica? Wondering how to set up great shots? P... 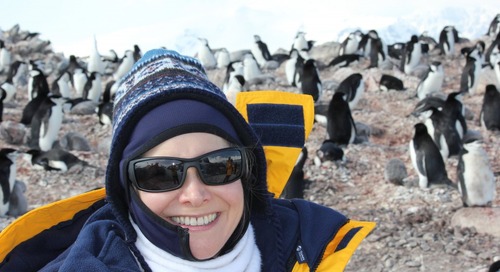 In this post, Rebecca Gilbert recounts her experience in Antarctica. She talks about life as a vegan passen...