Home » Blog » Stepping Back into Polar History
× Share this Article

Stepping Back into Polar History

Below is a blog from Expedition Guide, Diane Erecg. Diane is aboard the Sea Spirit, on Quark’s Crossing the Circle, Southern Expedition:

What would it be like to live in Antarctica for a year or more? Could you survive the isolation, dark and cold? What would you miss most from home? What might you learn about yourself in that time? These were some of the questions we asked ourselves and each other as we explored Horseshoe Island.

Situated in Marguerite Bay, south of the Antarctic Circle, Horseshoe Island is home to Base Y, which is an unaltered and completely equipped British scientific research station of the 1950s. Occupied continuously from 1955-60, it was home to up to ten expeditioners at a time, including surveyors, mechanics, radio operator, geologists, doctor and meteorologists, whose tours of duty lasted 2 ½ years. 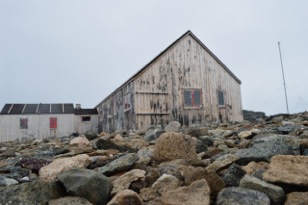 As historian Victoria Salem guided us through Base Y, we examined thousands of artifacts inside each room including kitchen utensils, stocks of food and fuel, workshop tools, radio equipment and diesel generator. So well preserved and curated was this historic site that it felt as though its previous tenants had left it only yesterday, and as though we could move in tomorrow. 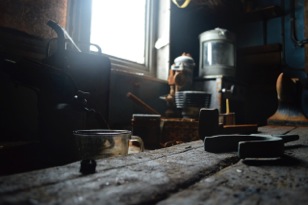 Artifacts inside Base Y

Outside again, we mulled over the stories Victoria had shared with us while enjoying panoramic views out to sea ice-encased Sally Cove. Over 20 Weddell seals could be seen resting on the sea ice, posing their blubbery grey bodies, lavish whiskers and adorable catlike smiles for us with effortless elegance. A few of us stayed long enough and quiet enough to hear their other-worldly vocalisations. We love Weddell seals!

Meanwhile, geologist Luke Saffigna encouraged us to admire and understand another aspect of this fascinating site – the rich turquoise-coloured malachite veins that adorned the rocks all around us. A copper-rich mineral which was injected into joints and fissures of the surrounding rock, the copper was then oxidised when exposed to air and transformed into this brilliant shade of green.

Whether we had come to Antarctica for the wildlife, history or landscape, Horseshoe Island offered something for everyone. 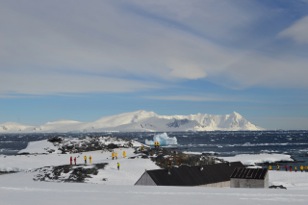 Over the course of the three days we spent south of the Antarctic Circle, we visited more British and American historic bases at Stonington and Detaille Islands, and ship cruised the ice-spangled fjords of Marguerite Bay. As we crossed the Antarctic Circle again and sailed further north along the Peninsula we spared a thought for the expeditioners of the 1950s. We thought about the extraordinary scientific work they managed to complete whilst living at the mercy of the Antarctic elements. But mostly we thought about how lucky they were to call Antarctica home. 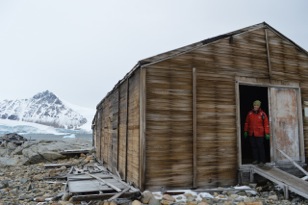 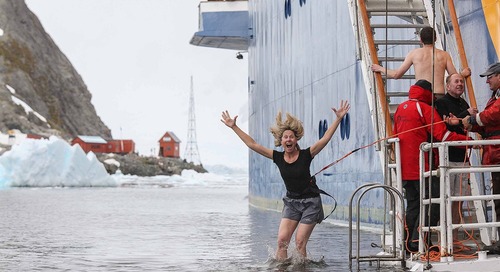 Myths of Traveling to Antarctica by Marybeth Bond

Our friends and colleagues plagued us with questions before we left. Won’t you be cold, bored, unsafe and s... 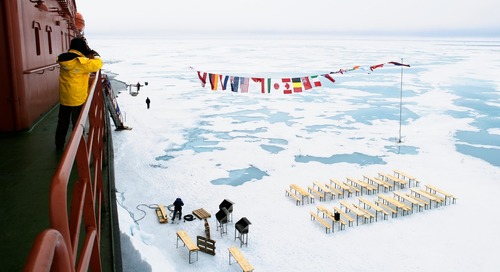 Each new North Pole expedition is an exclusive, multicultural adventure. Passengers share in their love of ...