Spotlight on Thule - Beyond the World’s Edge

Known today as Qaanaaq, the Inuit town formerly known as Thule lies in Greenland amid the country’s ice sheets and midnight sun. One of the northernmost inhabited places on the planet, it was originally named after the mythical, unchartable northern islands in ancient Greek and Roman literature. Thule was first referenced by Greek explorer Pytheas in 330 BC as a region where land and sea and air all met together, in a weird and uninhabitable mixture.

The phrase “Ultima Thule,” often used as the Latin name for Greenland, is a symbolic phrase coined by Virgil to mean a far-off, unreachable goal.

To the Greek and Romans, northernmost Greenland may have been unreachable, but this landscape of raw natural wonder has been inhabited as early as 2000 BC. Today, adventure seekers can travel during summer months to visit the Inuit town of Thule (or Qaanaaq) and to experience the land ancient explorers could only conjecture. Diverse wildlife, glaciers and ancient tradition exist here, at the edge of the world, in much the same way they have for thousands of years.

In his poem, Dream-Land, Edgar Allan Poe fittingly refers to Thule as

Inuit Culture: the Art of Survival

The survival techniques and culture of Thule’s small, tight-knit Inuit community are in many ways the same as they have been for hundreds – perhaps thousands – of years. Extreme cold temperatures, sunless winters and a harsh natural landscape have helped to shape a community of people who are experts at living off the land. 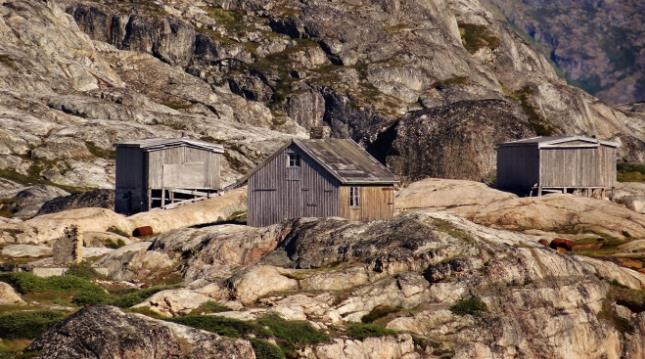 Hospitality, shared meals and a keen sense of community are important aspects of Inuit culture in Thule, which has a population less than 700. Most residents here speak Danish as well as traditional Inuktun.

People here continue to use dogsleds and subsist largely off hunting. It’s not uncommon for summertime visitors to catch sight of a community of hunters harvesting narwhal or seal.

In this highly adapted community, every part of the animal is used, whether for food, clothing, jewelry, tools or souvenirs. Visitors can see the products of this community’s resourcefulness in souvenir shops’ beautiful, handmade artifacts, such as tupilaks and traditional clothing. A hand carved tupilak from Thule is the only one of its kind in the world. 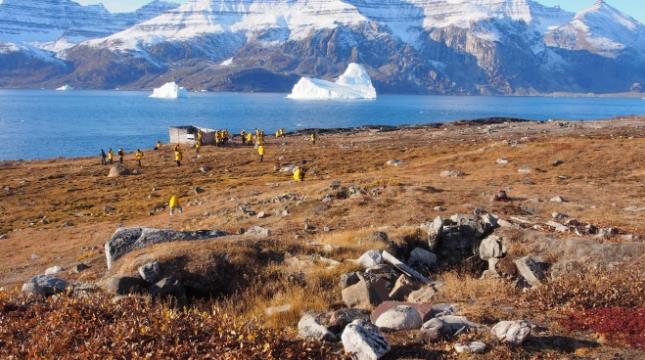 Often referred to as “the land of the midnight sun,” Thule was correctly identified by ancient Greek astronomers as “the place where the sun goes to rest.” During winter, the sun barely rises and aurora borealis often light up the sky. From April through August, the sun never sets, but seems to touch the horizon and rise again.

The breakup of sea ice during the summer and mild temperatures ranging from 36-45 Fahrenheit (2-7°C) make August the perfect time for visitors to come explore Thule’s captivating landscape.

The town of Thule is just an hour-long hike from Greenland’s famous ice sheet, home to countless ice canyons, glacial rivers and icebergs in the making. Despite the harsh environment, the landscape here is a haven for wildlife; over 20 species of whale frequent the coastal seas nearby, as well as seal and walrus. More than 50 species of birds make their home on the tundra here, where the occasional polar bear can still be found.

Explore Beyond the World’s Edge

No expedition to northern Greenland – aka “Ultima Thule” – would be complete without a stop in Qaanaaq, the town formerly named after the mythical place beyond the edge of the world.

A visit to Qaanaaq is a fitting highlight of Quark’s “Greenland’s Far North: Ultimate Thule” 16-day expedition. Here, Quark explorers have the opportunity to hike across glaciers, mingle with Thule’s hospitable Inuit community and enjoy the otherworldly landscape. You may even catch a glimpse of a polar bear or famed narwhal hunt here, at the edge of the world!

Call us to learn more about visiting Thule and other fascinating Greenland destinations. 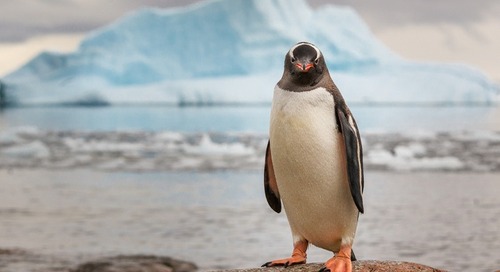 Planning for your Antarctic adventure? Be sure to pack your camera to capture the amazing wildlife and vist... 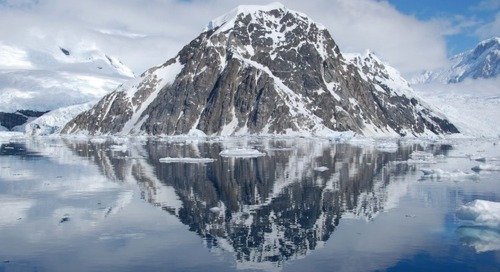 This year marks the 100th anniversary of an event celebrated by historians, explorers and Antarctic enthusi...