Akpatok Island is a fascinating place that very few – even Canadians – know about or will ever have the pleasure of visiting, largely because it’s so remote and completely uninhabited. No one has lived here for more than 100 years. Akpatok is located in Ungava Bay in Quebec’s far north. It’s the largest island in Ungava Bay, separated from Baffin Island by Hudson Strait. Although Quebec’s mainland is only about 70 kilometers away (a comparatively short distance), Akpatok Island is actually part of the territory of Nunavut, specifically the Qikiqtaaluk (Baffin) Region.

Though no one lives here now, for many centuries Akpatok was home to Indigenous peoples. The last Inuit residents departed for the mainland in around 1900. Inuit do still frequent the island in order to hunt and there are a few traces of civilization here, such as the remains of an ancient Dorset (pre-Inuit) settlement. A functional airstrip is among the remnants of more recent human activity, namely an oil-exploration project dating back to the early 1970s. Drilling equipment, fuel barrels and even a couple of cabins occupy the site, which the Canadian government reportedly intends to rehabilitate. Akpatok is a beautiful and rugged sight, surrounded by limestone coastal cliffs ranging from 150 to 250 metres in height. Ice floes can often be seen in the surrounding waters of Ungava Bay. 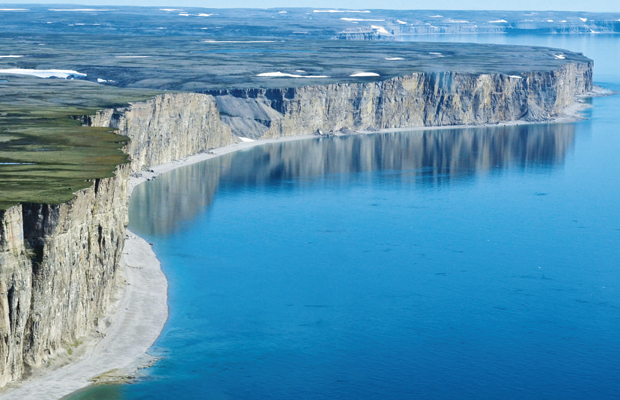 The cliffs are broken up in places by ravines that allow for access by water as well as by aircraft. It’s fairly easy to navigate from the raised beaches to the plateau atop the cliffs, and vice versa. Despite its beauty and its relative size, approximately 45 km long and 23 km wide, Akpatok Island is not a particularly welcoming place to live. It’s a great place for sightseeing and hiking, but the sparse tundra on top of the cliffs really limit the options for people to thrive and survive. Birds, polar bears, fish and marine mammals like walruses and seals are likely the only living creatures you can expect to see, although Arctic fox and caribou sightings have also been reported. You could actually say this island is for the birds! They’re so plentiful that the island was named for the Akpat, which is Inuktitut for the Thick-billed Murre (also known as the Brünnich’s Guillemot), a bird of the auk family. It’s believed there are more than a million of these birds on Akpatok Island, which has been designated internationally as an Important Bird Area and, by the Canadian Wildlife Service, as a Key Habitat Site. The craggy cliffs of Akpatok, while inhospitable to humans, are the perfect habitat for the Murres, who build their nests on the narrow ledges.

Other birds found here include the Black Guillemot and the Peregrine Falcon. Because there is little human activity there, conditions on Akpatok Island are generally pristine, with the exception of the oil-drilling site. The water in the streams and ponds is clean and potable. It’s as close to nature as you’ll ever see. Akpatok Island is only one destination on our thrilling 16-day Arctic Quest that will take you from Greenland to Churchill, Manitoba. Join us! 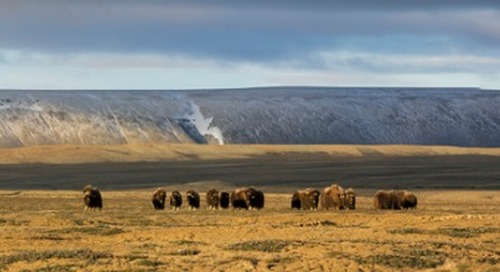 Exciting news! For the upcoming 2015 expedition seasons, Quark is very pleased to offer our first-ever land... 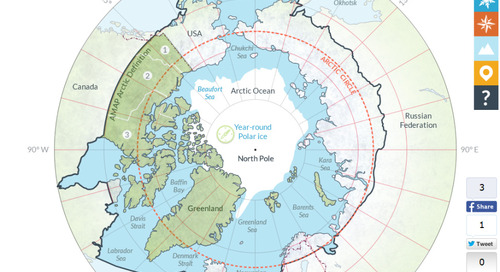 A Guide to the Arctic: Explore And Win A Trip!

We are incredibly excited to announce the launch of our new, interactive online polar north region discover...