Wherever we go – from the Drake Passage to King George Island in the Antarctic, all the way to East Greenland – Quark passengers love bringing a bit of their home country with them. At 90 degrees North, out on the sea ice, you'll find one of the greatest displays of national pride on earth! Each expedition to the North Pole is a multicultural adventure packed with natural Arctic wonders and ample opportunities to connect with fellow passengers from the world over.

A Meeting of Nations at the North Pole

International flags flew high overhead on this expedition to the North Pole. Everyone is bundled up in their Quark parkas, but you might be surprised to learn how temperate it can be in the Arctic during the summer, which is when we travel. Passengers come from the world over and enjoy partaking in one another's culture as much as displaying their own national pride. In this blog post, Chris McFarlane shares his wow moment from his first trip to the North Pole: "The traditional Russian parade music that blasted as our ship cast her lines and left port was definitely memorable!" 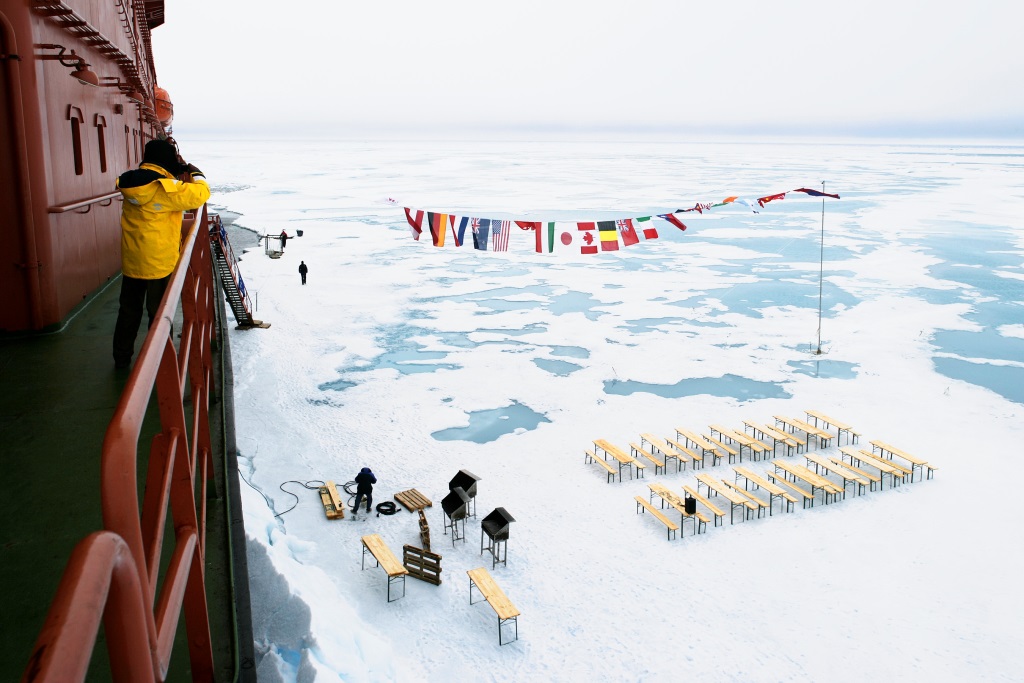 Here's another view of Canadian, UK, Japanese and a plethora of other flags flying high off 50 Years of Victory, the world's most powerful and largest icebreaker.

Here, you can see passengers taking part in a Pole Parade, beneath the banners of their respective countries. 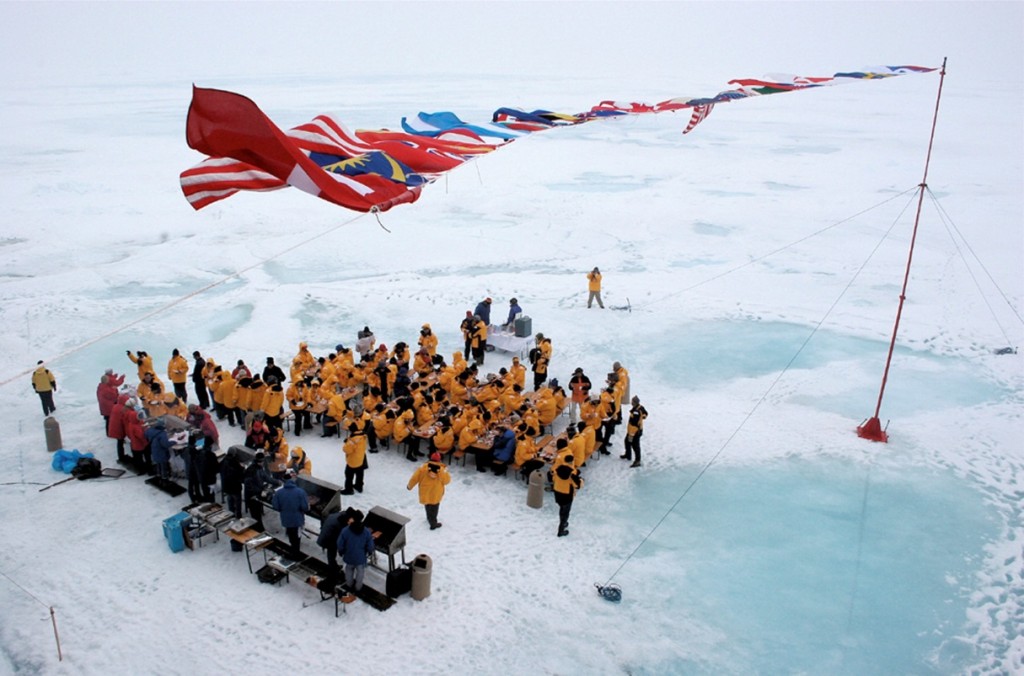 Here, another passenger proudly displays the flag of China, as he represents his nation at the top of the world, where a step in any direction takes you south. 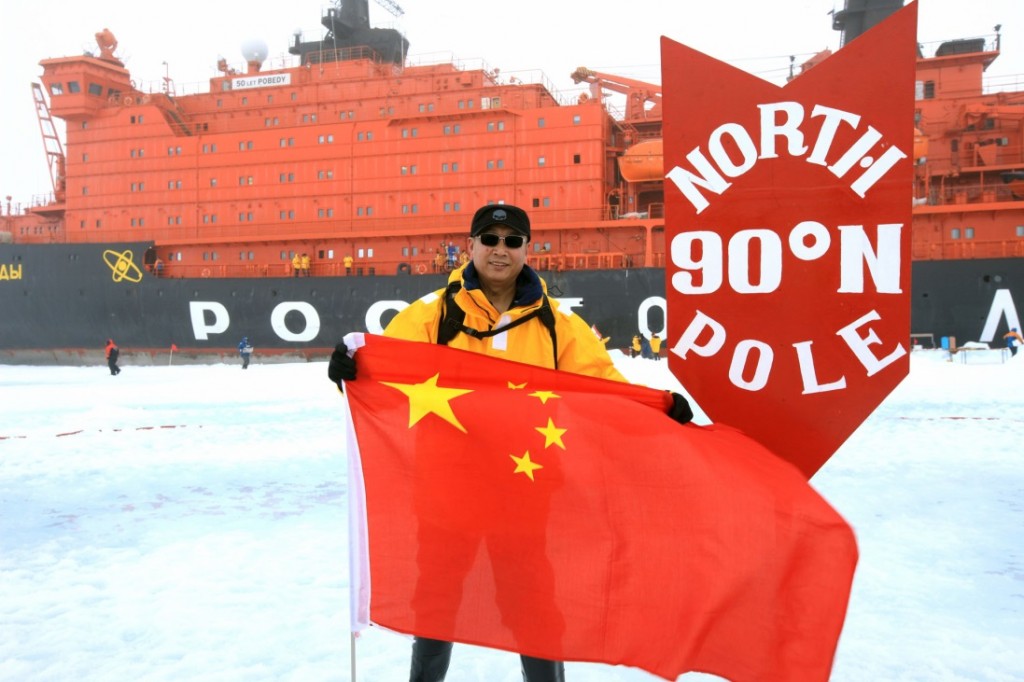 Not to be outdone, Canada represents! 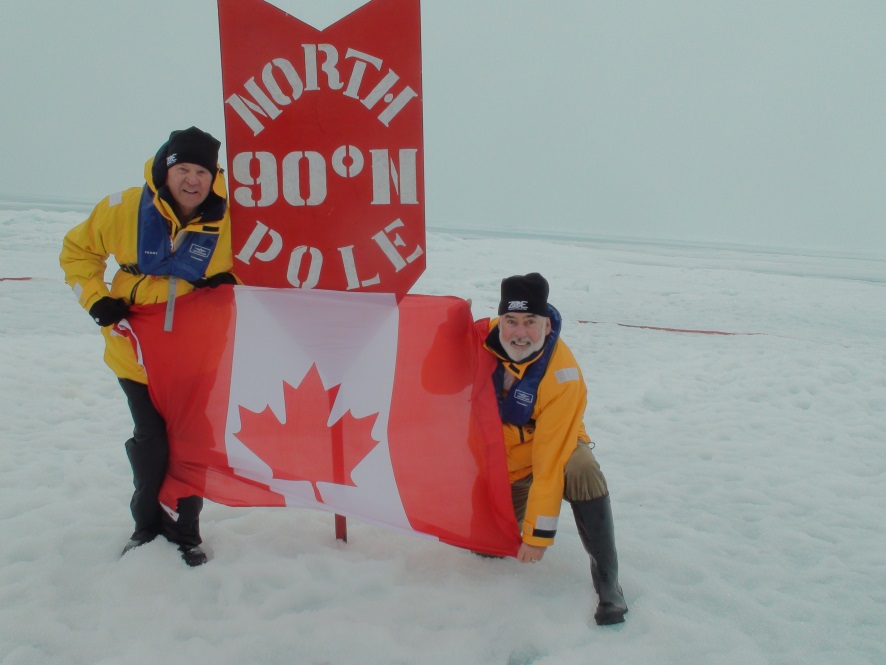 Passengers from the United States showed off their national pride and support for their nation's athletes with a Team USA flag. 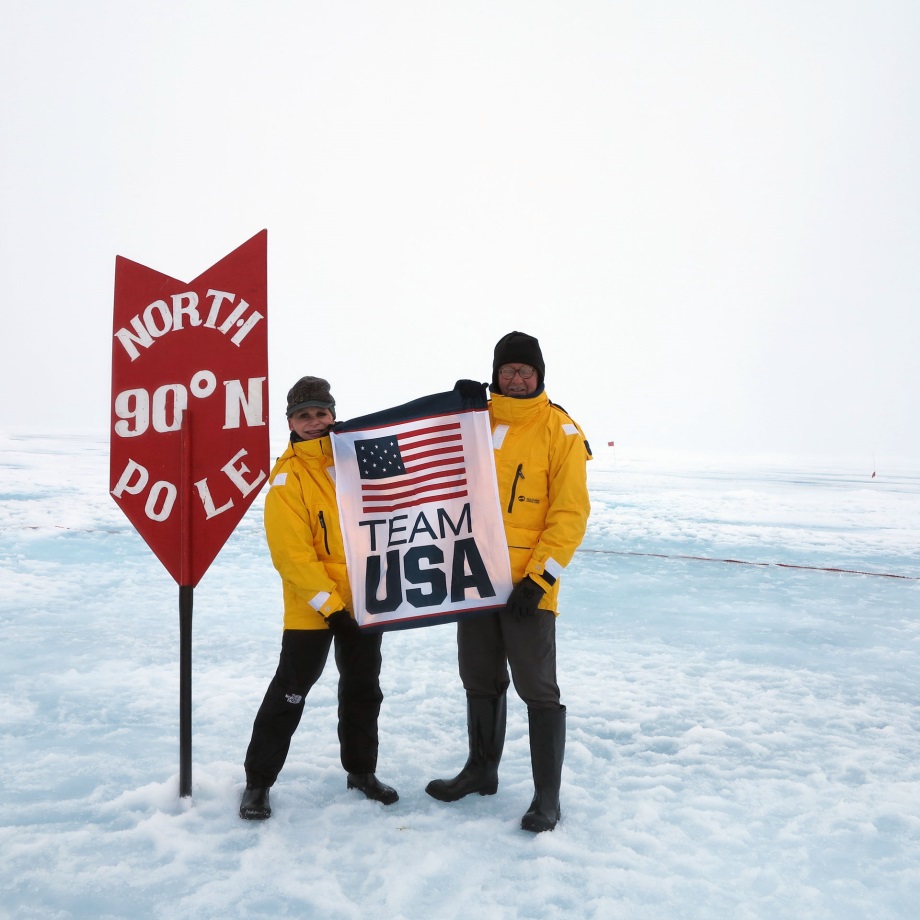 It's a rite of passage, once you've crushed through the thick sea ice and had a chance to view the spectacular Arctic Ocean by helicopter, to have your picture taken at the North Pole. 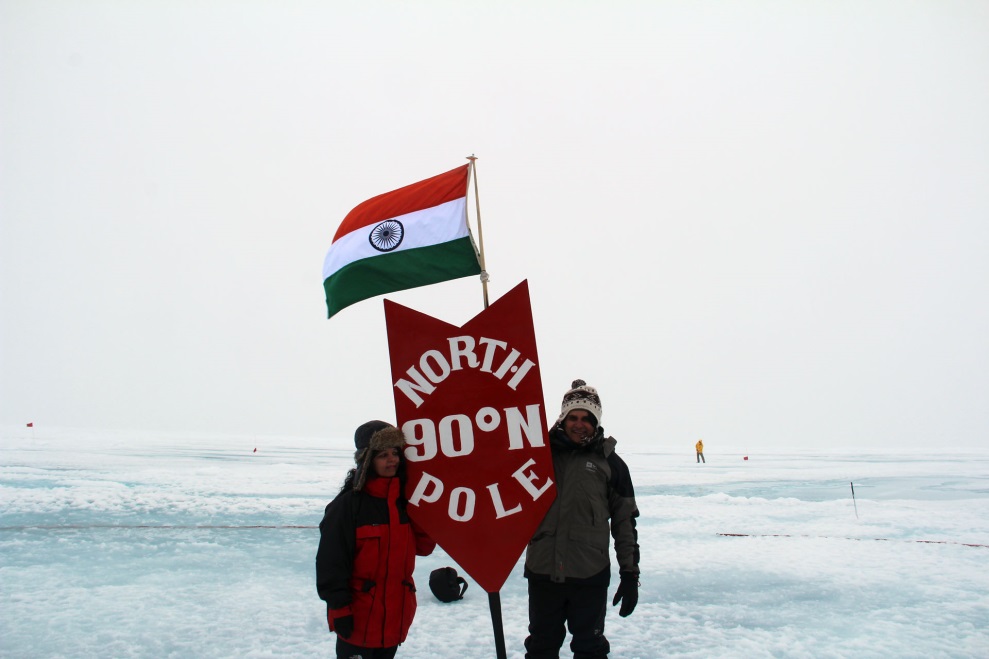 Citizens of every nation love to take a piece of home with them when they travel. North Pole passengers are no different! As some of the very few on earth who have the opportunity to travel to Franz Joseph Land and stand at the geographic North Pole, they are stewards for their countries and proud to show it off. 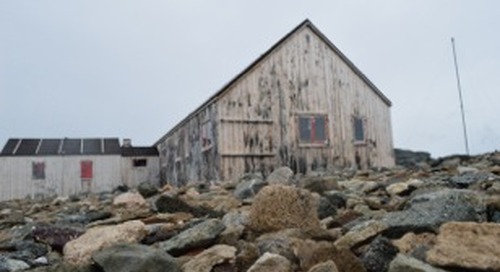 Stepping Back into Polar History

Below is a blog from Expedition Guide, Diane Erecg. Diane is aboard the Sea Spirit, on Quark’s Crossing the... 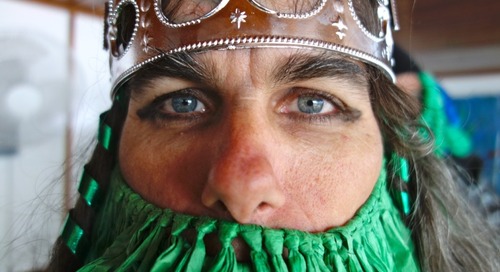 Antarctic Circle: a voyage fit for a king

Below is a voyage update from Expedition Guide, Diane Erecg. Diane is currently aboard the Sea Spirit, on Q...