This Arctic travel season, Quark Expeditions’ Arctic voyages passengers and staff will have the opportunity to participate in a unique and important campaign to save the Arctic.

Famed fashion designer Vivienne Westwood has enlisted the support of superstars George Clooney, Chris Martin and Paloma Faith for her "Save the Arctic" campaign, part of the larger Climate Revolution movement. In February, the designer teamed up with Greenpeace and photographer Andy Gotts to raise awareness for the cause with a series of celebrity portraits featuring her original t-shirt design.

Westwood's t-shirt and hat – as seen on Terry Jones, Jerry Hall, and a number of other celebrities – will be available this year in our on-board Polar Boutique shops for select Arctic trips with Quark Expeditions. Our enthusiastic team members will also wear their t-shirts and pose for photos in various Arctic locations to help support the campaign.

"Save the Arctic" aims to bring awareness to climate issues affecting the polar region and advocates for the declaration of a global sanctuary in the Arctic. On the homepage of the website advertised on the t-shirts, savethearctic.org, Westwood and Greenpeace state:

"The melting Arctic is under threat from oil drilling, industrial fishing and conflict. You can Save the Arctic." 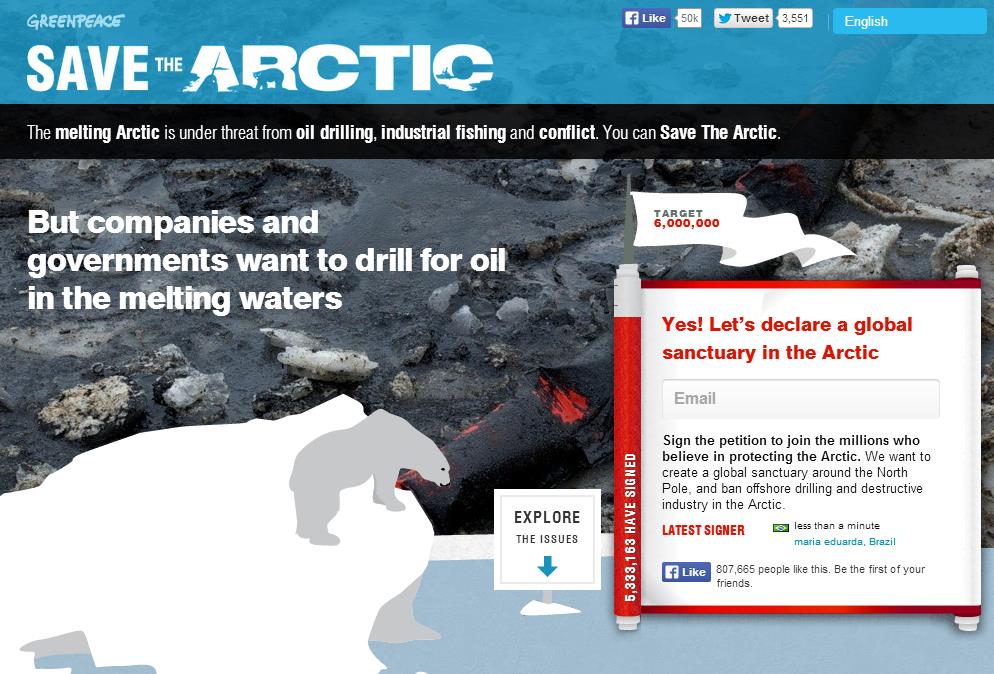 A series of sliding messages proclaims, "We all depend on the health of the Arctic… But companies and governments want to drill for oil in the melting waters… Burning oil caused the melting in the first place… We need to protect the Arctic waters from oil drilling and unsustainable fishing… Sign now and demand world leaders declare a global sanctuary around the North Pole."

Site visitors will see a number of actions the campaign calls for with the statements:

Each plea points to a petition that has already gathered over 5.3 million signatures from people around the world who believe in protecting the Arctic.

In the 1990s, Greenpeace played a key role in campaigning for protection of the Antarctic, which has since been designated a World Park. Now, they hope to see the creation of a sanctuary at the top of the world. It would offer the Arctic legal protection and make it off-limits to destructive mining and industry.

As frequent visitors, we support the "Save the Arctic" campaign wholeheartedly and are pleased to offer our passengers a chance to show their support. This year, wear your "Save the Arctic" t-shirt proudly and do what you can to raise awareness and inspire the change that needs to happen!

One of Westwood's "Save the Arctic" shirts has already made its way along the Introduction to Spitsbergen voyage, on the back of a supportive Quark Expeditions team member, as well as excited Quark head office staff. 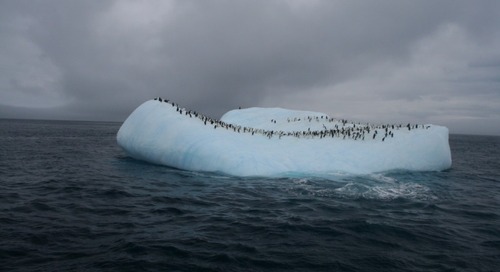 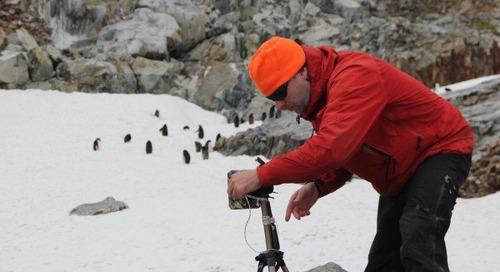 At Quark Expeditions, we are proud to partner with scientists who are leading their fields in boots-on-the-...