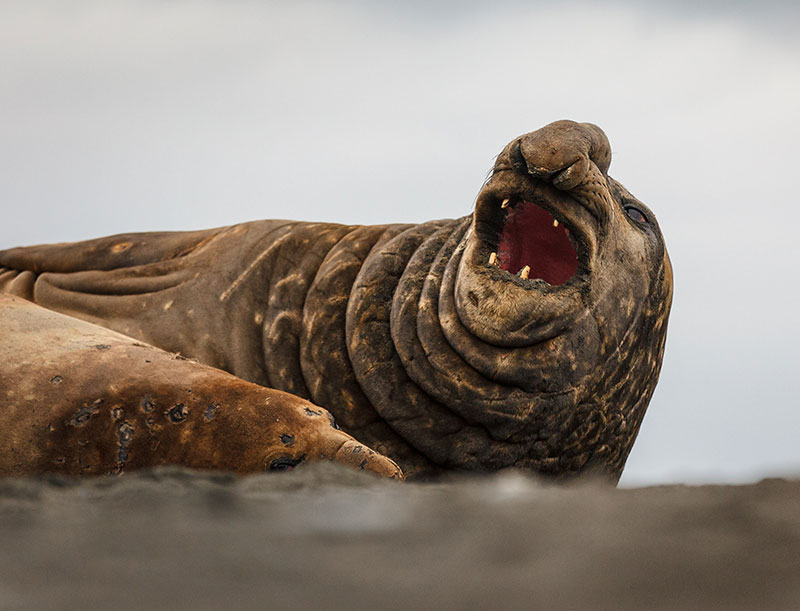 Southern Elephant Seals, larger in size than their elephant seal cousins in the Northern Hemisphere, inhabit areas traveled by Quark Expeditions including the beautiful island of South Georgia. There, passengers bear witness to the incredible roaring of the adult males (bulls) on the beaches. 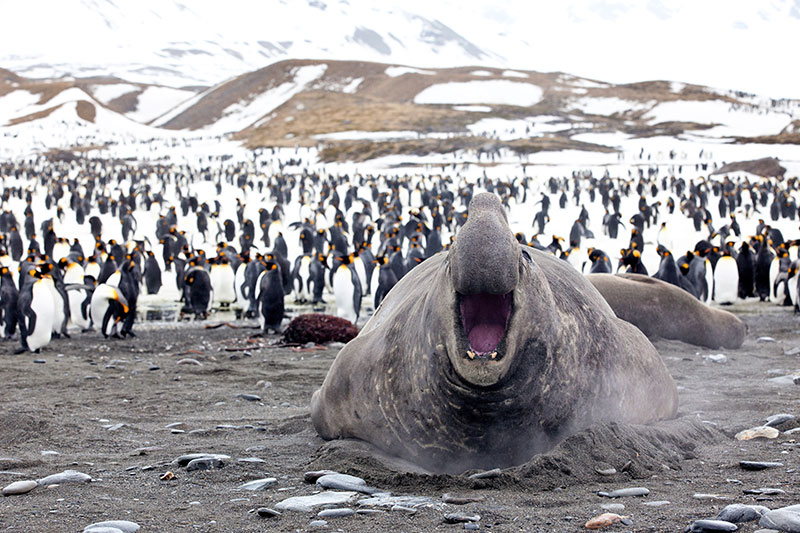 Elephant seals are so named partly thanks to the bulls' large proboscis, the trunk-like nose that also helps the animal reabsorb moisture from its exhaled breath. However, their massive size also lends to their name. Southern Elephant Seals are far larger than Northern Elephant Seals – bulls can reach up to 16 feet in length and weigh up to 6,600 lbs. The female of the species typically only reaches 1/6 the size of the male. 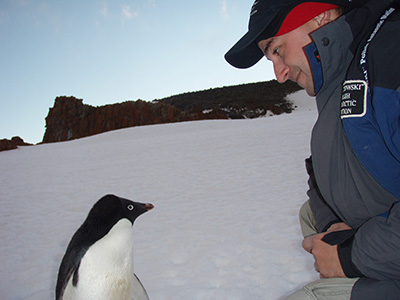 We asked Quark Expeditions onboard biologist Mikolaj Golachowski to share his experience with this majestic creature. After studying biology at the University of Warsaw, Golachowski continued his research in ecology and the behavior of carnivores. After earning his PhD in 2002, he went on his first Antarctic expedition for one year while working with the Department of Antarctic Biology at the Polish Academy of Sciences.

It was during this time, he says, that he became "completely hooked on this frozen paradise." Golachowski returned to Antarctica for three additional scientific expeditions, finally returning from one in 2006 on board an expedition ship, where he was introduced to marine biology lecturing and guiding in Antarctic tourism. A year later, he did the same in the Arctic.

Golachowski has spent as much time in the polar regions as at home over the last twelve years and now works as a writer and translator, as well as giving presentations about the polar regions, when not actually traveling about in them.

Meet the Southern Elephant Seal, as introduced by a man who has spent a good portion of his life studying them.

"I went to Antarctica to study the population genetics and behavioural ecology of elephant seals. In fact, I was mainly interested in their sex lives, as it is one of the most dramatic on Earth," Golachowski says.

"The big male has to fight other males for the access to females, who are much smaller, weighing 'only' up to 800 kg," he explains, noting that if the male elephant seal is successful, his harem may contain up to a hundred females! 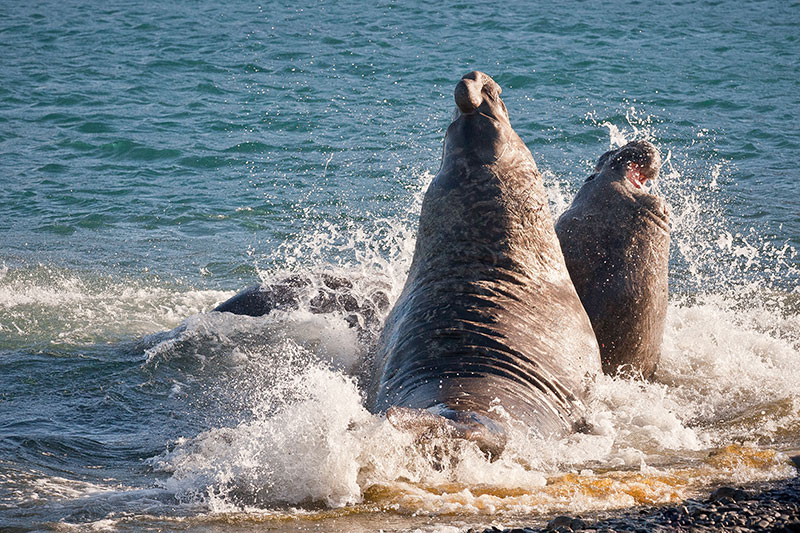 "As the male/female ratio in the population is more or less 1:1, that means there are loads of males who don’t have a girlfriend and they really want one," he explains. "I suppose the downside of success is that if you are successful, you get to spend a whole month just tending to your girls and fighting your opponents, without any time to eat or sleep. After such a month of sex & violence, males are so exhausted that they often die (but hey, what a way to go!)."

Part of Golachowski's research required that he collect samples from the seals. The pups were easy enough to work with, he says. "They actually seemed to enjoy it. For the samples, I used a metal brush on a stick to collect some hairs from moulting individuals; I imagine it’s quite itchy to moult so the kids actually loved a bit of a scratch."

However, it becomes increasingly difficult with females and quite ridiculous with the big males. "Fortunately, quite often they are asleep. But when they aren't… their eyes are great under water, not so much above it. When they see me walking towards them, they see a shape under two metres tall, which is as high as the males lift their head when they want to fight," Golachowski says.

Clearly, he would lose a fight with a bull elephant seal. He could crawl on the ground, but might then be mistaken for the smaller female!

"In this context, given the alternative of making love or war, I always chose war," Golachowski says. "I always approached the big males as straight up and tall as I could, to avoid any confusion. I would rather die in a battle!"

Quark Expeditions passengers have unique opportunities throughout their Antarctic voyages to view and even interact with wildlife most people will only ever see on the Internet. Even so, says Golachowski, Southern Elephant Seals are best viewed from a distance.

"It’s best just to watch them; they are really fascinating creatures," he said.  "If one is lucky, a pup may come to investigate, offering one of the best wildlife encounters ever. However, it is vital not to touch them. We don't want to infect them with germs that we may have brought from home, to which they may be susceptible."

Southern Elephant Seals aren't exactly known for their stunning good looks, yet Golachowski protests, "I don’t think they are ugly at all! For one, they certainly have absolutely gorgeous eyes."  It's true, if you get close enough or can zoom in from a safe distance, they are a spectacle to behold.

"We always have to keep our distance and be particularly aware of the adults, though," he points out. "They may appear clumsy but due to their sheer size, they can move very fast. It’s enough to just reposition their head to be two metres farther up." 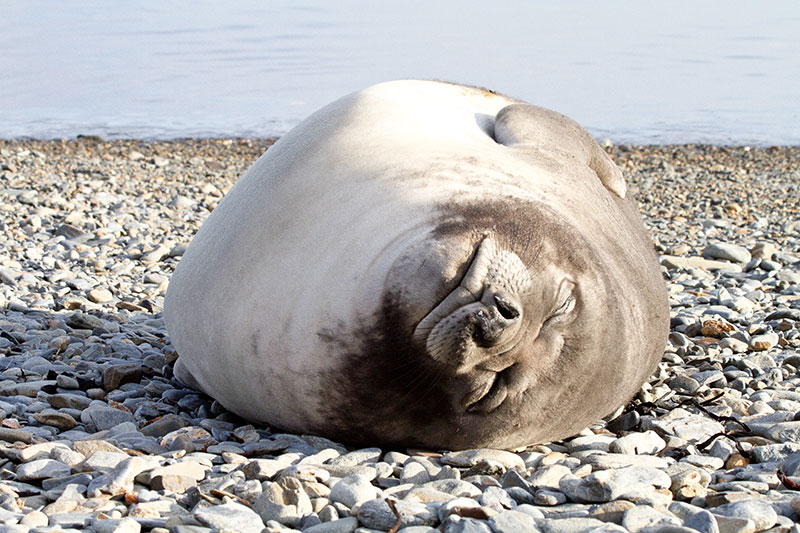 You wouldn't necessarily think of elephant seals as demonstrative of athleticism. However, Golachowski says, "Even if seemingly clumsy, not doing much on land besides snoring and burping (outside the mating season, that is), these creatures are real athletes of the animal kingdom. They are amongst the best divers amongst mammals, capable of going two kilometres deep (only Cuvier’s Beaked Whale is known to go deeper than that) and staying underwater for up to two hours."

If you can get in for a close-up, Southern Elephant Seals are a magnificent animal to catch on (digital) film.

These massive creatures spend nine to ten months of the year at sea, with males staying close to the Antarctic shelf and the females wandering further off. August to November is breeding season, an active time to see males bellowing and fighting on the beaches.  Early in October is a great time to see the pups, while for three to five weeks in January and February, they'll all go ashore to molt.

If you're a fan of Southern Elephant Seals or want to see them in a particular state (their babies are adorable!), keep the season in mind as you plan your trip. See all of our Antarctic expeditions on the Quark Expeditions website and start planning yours today! 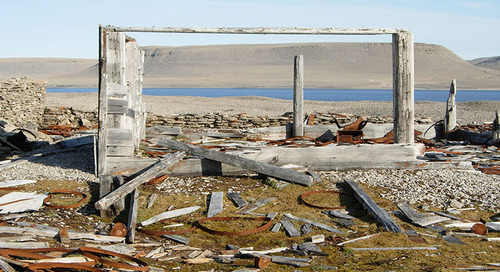 Beechey Island in Canada's High Arctic is a small island rich in history and a favorite landing for expedit... 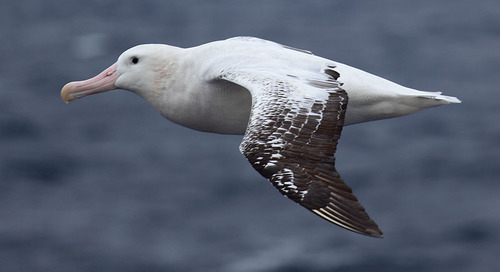