It’s not really a Galapagos Islands trip if you don’t get to see the most prominent of the archipelago’s rare marine mammals – the sea lion. 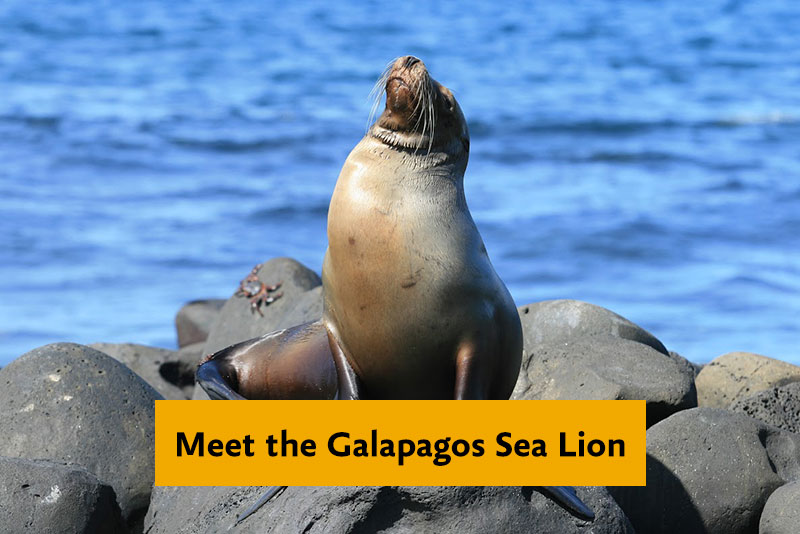 But in fact, it’s likely you’ll see more than one of these marvelous creatures soon after your arrival. The Galapagos sea lion is often found lying around in areas frequented by visitors – on top landing sites and beaches, along rocky shorelines, even on docks and benches.

There are about 50,000 sea lions in the Galapagos, more than any other mammal in this chain of islands, and they’re not just noteworthy for their numbers.

Full-grown male sea lions, known as bulls, are the largest land mammals in the Galapagos. They can grow to about 250 kilos (550 lbs). They are brown in color and also noted for their larger foreheads. Females are smaller and tan in color. 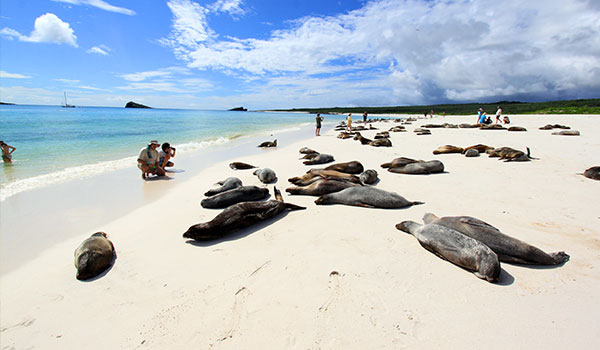 Sea lions will gather in groups – either in a harem of several cows and a dominant bull, or in a collection of bachelor males who don’t have harems to protect. But these bachelors look for harems to take over, which means a bull must constantly be on guard. Even so, bulls are routinely moved out of their harems.

There doesn’t seem to be any ill will that goes along with the jousting; sea lions are very sociable with each other! Females will give birth to a single pup once a year, and will raise the pup for one to three years, so it’s not uncommon to see a mother with two babies of different ages.

The mothers cooperate with the raising of the pups, forming nurseries and taking turns watching over the youngsters and hunting and fishing for food. The pups join in the fishing fun when they’re about five months old. 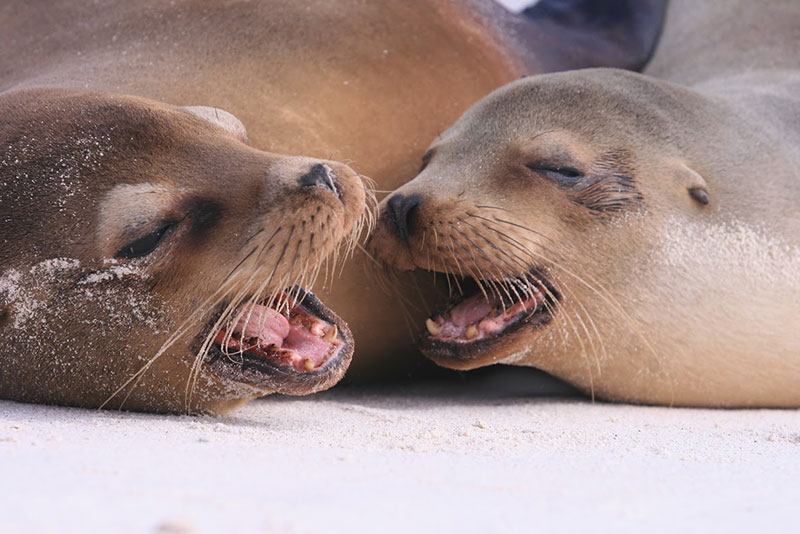 The Galapagos sea lion sticks pretty close to home, comparatively speaking. It will venture into the ocean, but only about 10 miles (8 km) off shore. Their food is mainly found in shallow waters, and includes fish, octopus and crustaceans.

Staying close to home protects sea lions from shark attacks, to which the young are especially vulnerable. Bulls help keep their families safe by barking to warn others of danger, and try to chase attackers away.

But the sea lion has a curious and playful side, as you may see on your adventure. If you like snorkeling, you are likely to watch these beautiful animals put on a special underwater gymnastics show right in front of you. Make sure to keep your distance and be careful, though. Remember that although the sea lion may seem friendly and approachable, it is still a wild animal and you are in its element. It’s best to observe and create as little impact on its environment as possible. 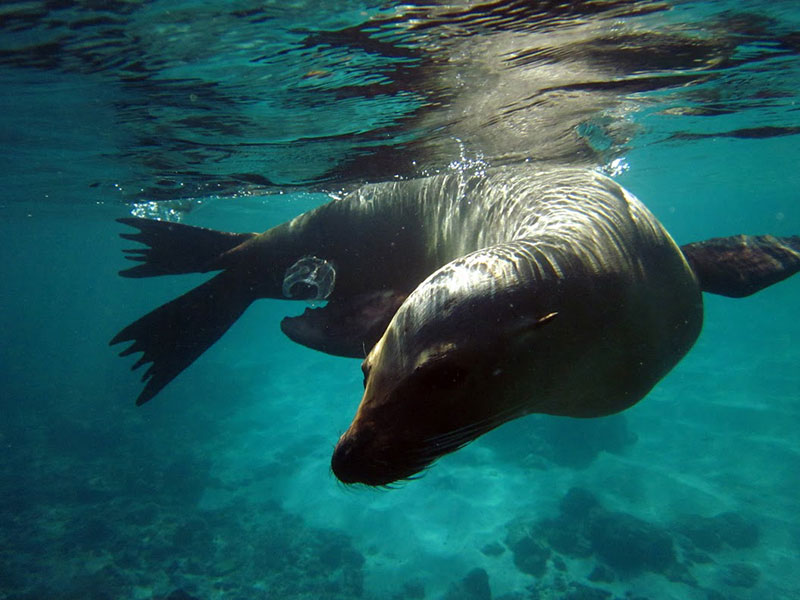 Sea lions are just one reason to take a Galapagos Islands expedition. Our professional travel adviser and once-in-a-lifetime destinations await you. Contact us today to start planning your Galapagos cruise today! 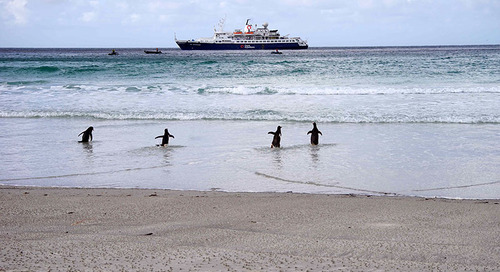 Wildlife and nature are what bring most people to the Falkland Islands (Islas Malvinas), located 300 miles ... 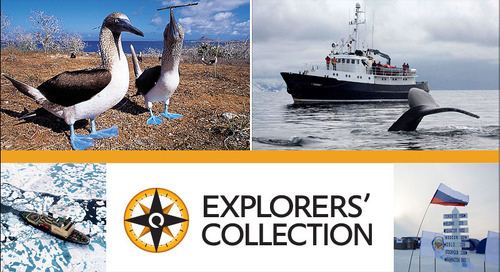