Seeing a seal up close, or even having some kind of interaction with one, is a dream for many. Seeing one in its natural habitat, though, is priceless! Polar adventurers may have a particular idea in mind of what an encounter with a seal will entail, but leopard seals promise to surprise and delight.

Best known for its black-spotted coat, the leopard seal has many unique characteristics that make this powerful hunter stand out. Leopards, which can reach up to 454 kilos (1,000 pounds) and 3.5 meters (11.5 feet) in length, inhabit many of the Antarctic and sub Antarctic waters we visit. 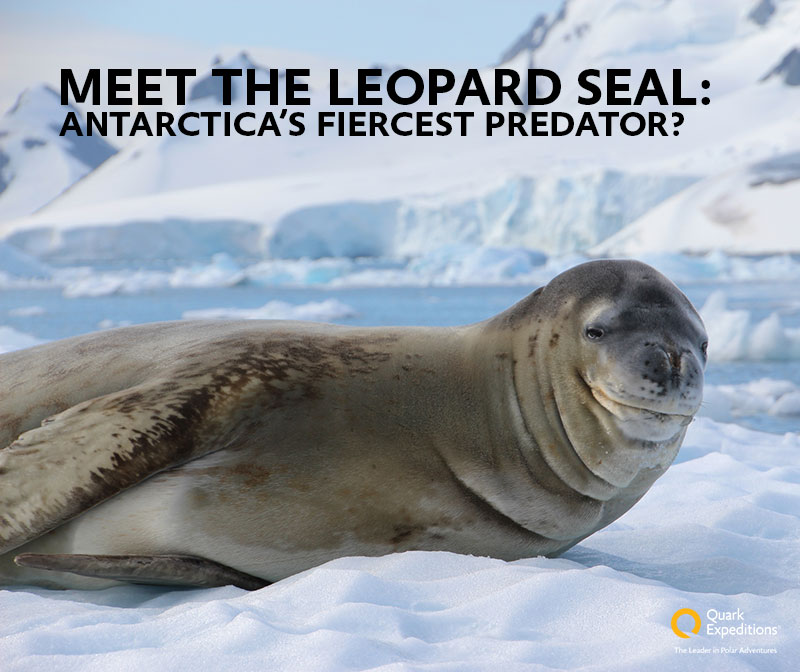 Get to know the leopard seal

From its beautiful coat to its slender body, the leopard seal is a mesmerizing sight. But looking beyond that aesthetic beauty, you might pick up a few other details about this unique creature:

While not entirely elusive, there’s no guarantee leopard seals will parade for their Antarctic cruise guests either, although many of them inhabit coastal Antarctica in the months we travel, and Quark Expedition Leaders are skilled in seeking them out.

Your encounter with leopard seals will differ from that of other animals in one substantial way: you’re highly unlikely to catch a family together. Leopard seals are loners and it’s incredibly rare to spot a mother and her pups together.

The leopard seal: a fierce predator

We tend to think of seals as adorable, cuddly-looking creatures, but don’t let appearances fool you. With its speed and power, the leopard seal is a fierce predator.

Its primary mode of hunting is to wait underwater, close to an ice shelf, poised to spring to the surface to snatch birds as they enter the water. These mammals eat penguins, small seals, seabirds, and krill (this is especially true among pups). A leopard seal can actually consume an Adélie penguin in as little as four minutes.

The leopard seal rarely has to worry about being hunted itself, as the killer whale is its only predator. For this reason, leopard seals are often able to live out their full potential lifespan of 15 years, on average. 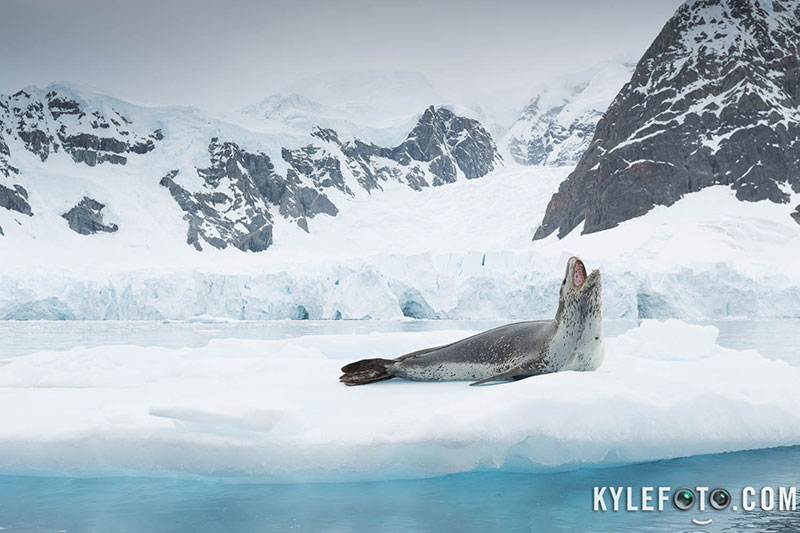 How to identify a leopard seal

While on board an expedition ship, you might spot a seal at a distance and wonder what specific breed you’re viewing. These unique traits can help you determine whether it’s a leopard:

Is the leopard seal endangered?

Despite that the leopard seal is known for its beautiful, patterned coat, it hasn’t been targeted by commercial hunters as much as some of its fur seal relatives.

Yet even though it has just one known predator, there are only approximately 250,000 leopard seals in the wild and conservation efforts are underway to preserve their existence. As visitors in the leopard seal’s environment, it’s important to respect their lifestyle and habitat. This helps ensure its longevity, allowing others to experience its beauty for many years to come. 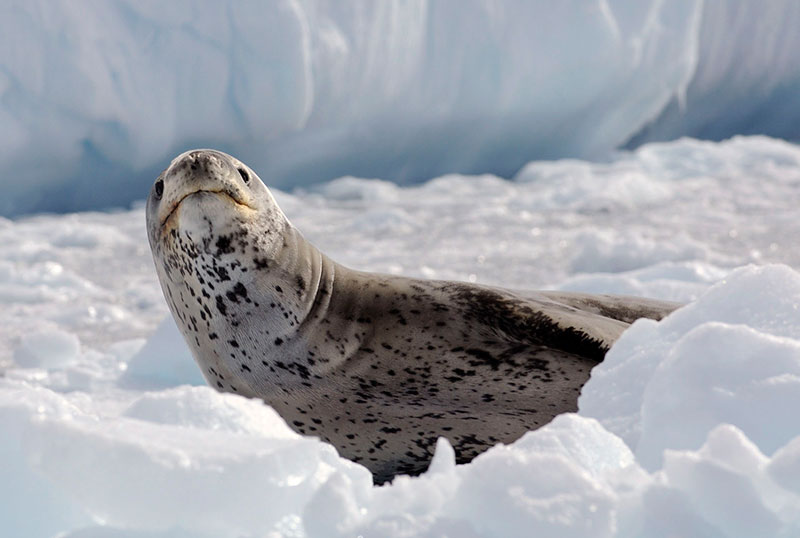 Each polar expedition offers unique opportunities to experience different polar landings and interact with different animals and birds -- we are at the whims of Mother Nature and the creatures themselves! However, careful planning can help ensure that your Antarctic holiday delivers on your hopes and expectations.

If viewing leopard seals in their natural habitat is a goal of yours, contact one of our experienced and knowledgeable Polar Travel Advisers to determine which expedition options offer the greatest opportunity for you to see them. 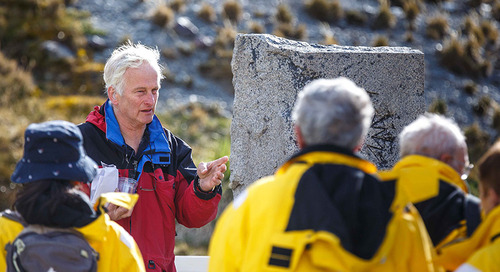 As providers of authentic travel to Antarctica, we strive to ensure our passengers have the most relevant, ... 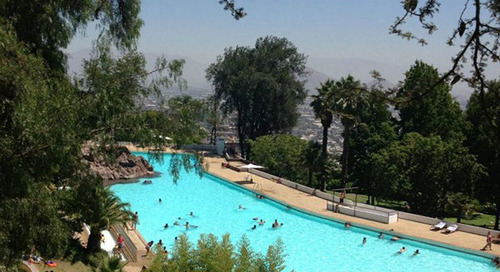 10 Things to Do in Santiago, Chile

It’s quite possible, while exploring remote parts of the world like the Falklands and South Georgia, to fin...