Home » Blog » Is the Drake Passage Dangerous?
× Share this Article 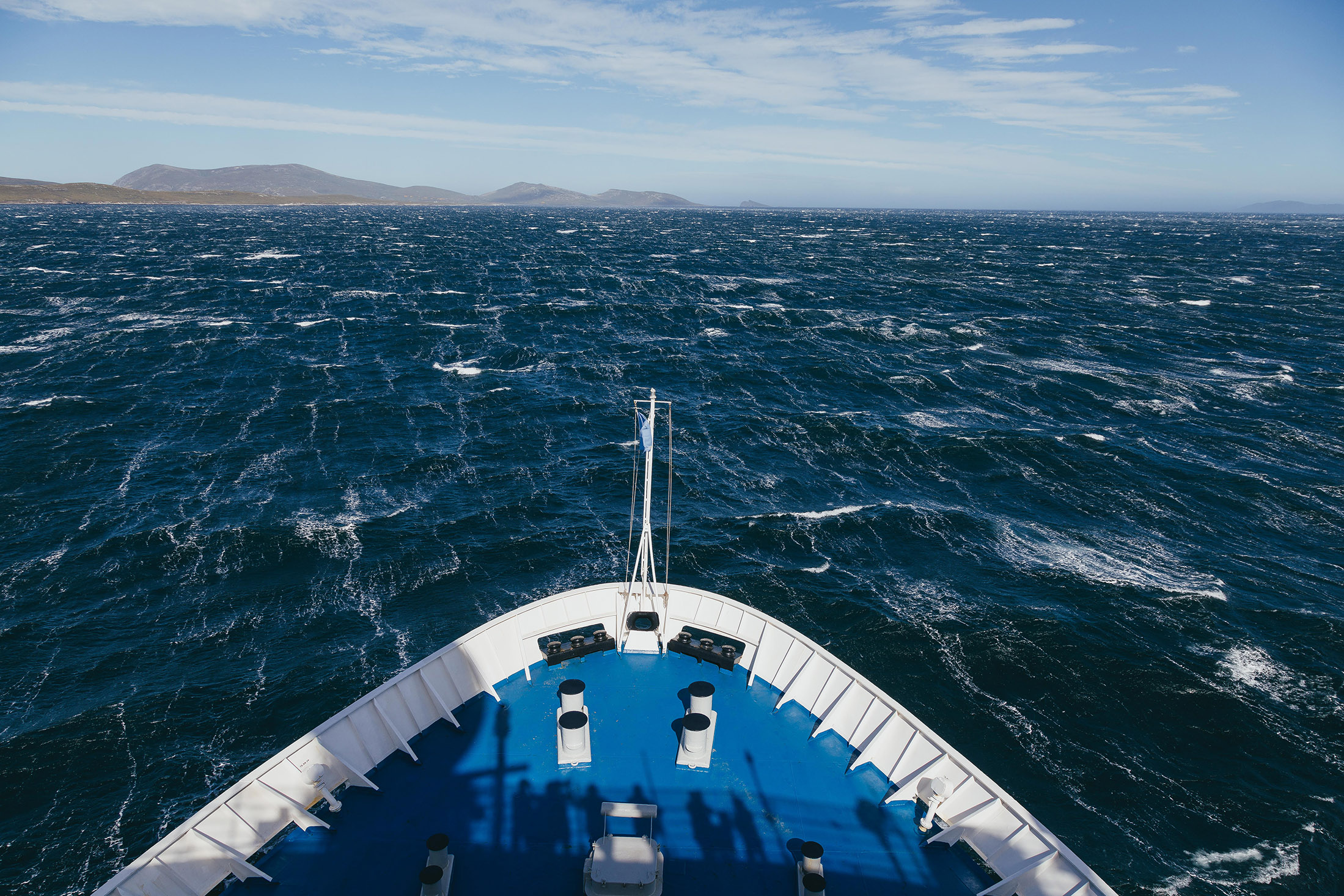 Crossing the 800-kilometre Drake Passage is a rite of passage for many polar visitors, while others
prefer to fly across the Drake, which saves on time. Photo: David Merron

The Drake Passage is the iconic icy cold body of water stretching 800 kilometers wide between the tip of South America  and the South Shetland Islands of Antarctica, north of the Antarctic Peninsula. This region connects the southeastern part of the Pacific Ocean and the southwestern part of the Atlantic Ocean, also known as the Scotia Sea.

The fluid province of oceans colliding is famously one of the most adventurous and extraordinary voyages in the world. This is due to strong currents caused by the lack of nearby land, as well as the strength and structure of waves which can occur - particularly in stormy seasons. In some areas, water currents flow as fast as 150 million cubic metres per second, making it the world’s most voluminous current.

Crossing the Drake Passage is a traditional part of Antarctic travel, viewed by many polar explorers as a fundamental component of reaching the natural wonders which Antarctica has to offer. Whether you prefer to cruise or fly this crossing is entirely your decision, and Quark Expeditions has you covered no matter your preferences. While the cruise option is has long been regarded as a standard polar experience, the fly option offers the added benefit of cutting down on time. When considering, “Is the Drake Passage dangerous?” or “Is this the best option for me?,” you should feel confident whether you decide to choose the cruise or flying option as both will reward you with an immersive polar experience. 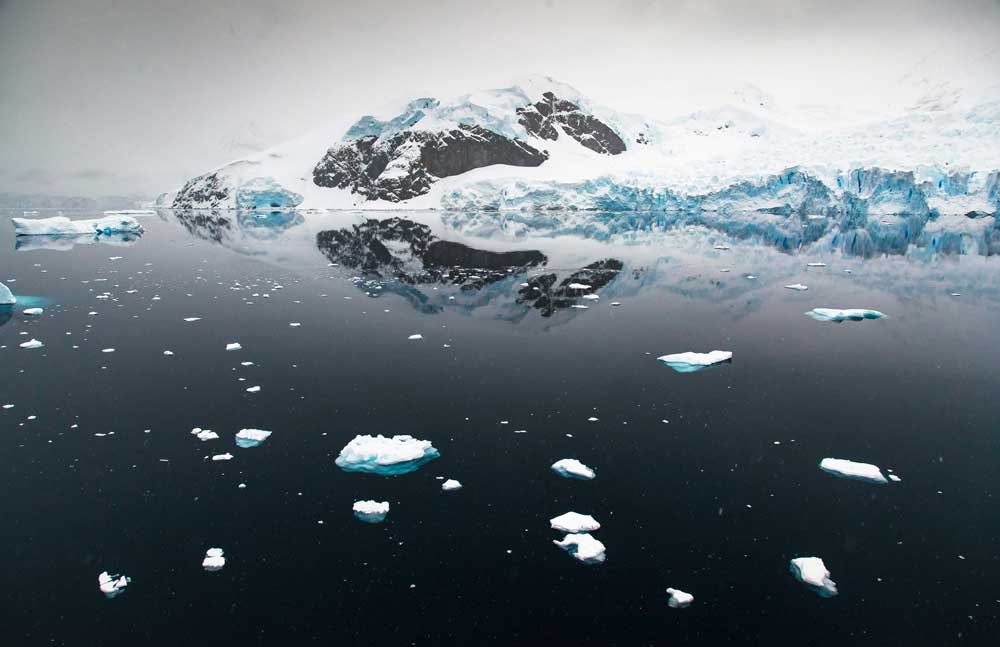 Approaching the 7th Continent by ship, after crossing the Drake Passage, can be an emotional moment for
many polar visitors. Photo: David Merron

The Drake Passage has a grand history of polar exploration, since it was first discovered in 1525 by Spanish navigator Francisco de Hoces. On most Spanish maps, you’ll see this region written as “Mar de Hoces.”  The Drake Passage gets its name from Englishman Francis Drake, and his circumnavigation which is also known as “Drake’s Raiding Expedition.” This was a historical maritime event of great discovery and significance, authorised by the first Queen Elizabeth between 1577 and 1580. A voyage to mark England’s global domination against Spain.

Despite its reputation, crossing this unpredictable water body can be an unforgettable 48-hour affair. These days, with the finest equipment, safety procedures, experienced crew members and polar-ready ships, the Drake Passage can be a remarkable part of one’s polar voyage—not dangerous.

The collision of cold seawater from the south and warm seawater from the north creates powerful eddies in the Drake Passage, which combine with harsh winds and occasionally heavy storms, prompting the term Drake Shake.

Some simple tips and tricks should help to ward off potential seasickness for those who are so affected. Speak with your physician before the trip and stock up with travel medication. Staying hydrated is important, and making sure you eat regular meals to keep your body operating at its best. Fresh air and keeping active when on the ship are also crucial. Keeping the mind active, and distracted, can be helpful, and luckily there is plenty of diversion onboard. 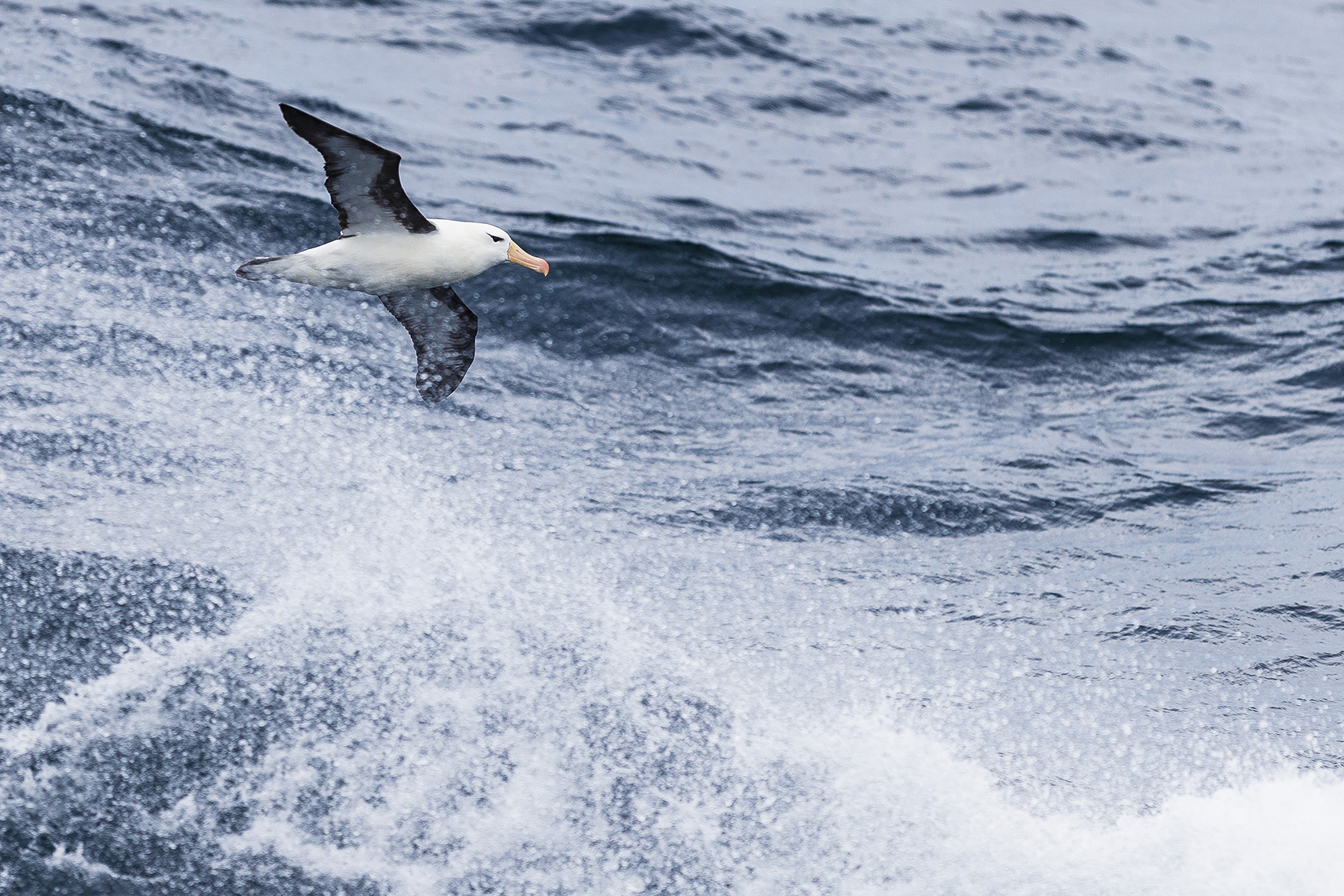 Guests who cross the Drake Passage by ship spend their time attending onboard presentations by polar experts,
or on deck watching for birds and other wildlife. Photo: Nicky Souness

So, as mentioned above, guests can expect either the Drake Shake or Lake Drake when their polar vessel takes them across the Drake Passage. Both can be experienced, depending on the prevailing weather conditions.

Rest assured, Quark Expeditions is equipped with a seasoned crew to keep passengers safe in all conditions. Our commitment to safety has been part of DNA since 1991- the year we became the first operator to take commercial travelers to the North Pole. Physicians and our seasoned expedition team are always on hand to be of service. Our polar-ready ships are built to withstand every element thrown at us. In fact, Quark Expeditions maintains the most diverse fleet of polar vessels in the industry. For some guidance on ways to prepare for a Drake Shake, you can also check out this article from a seasoned polar traveler for more information. 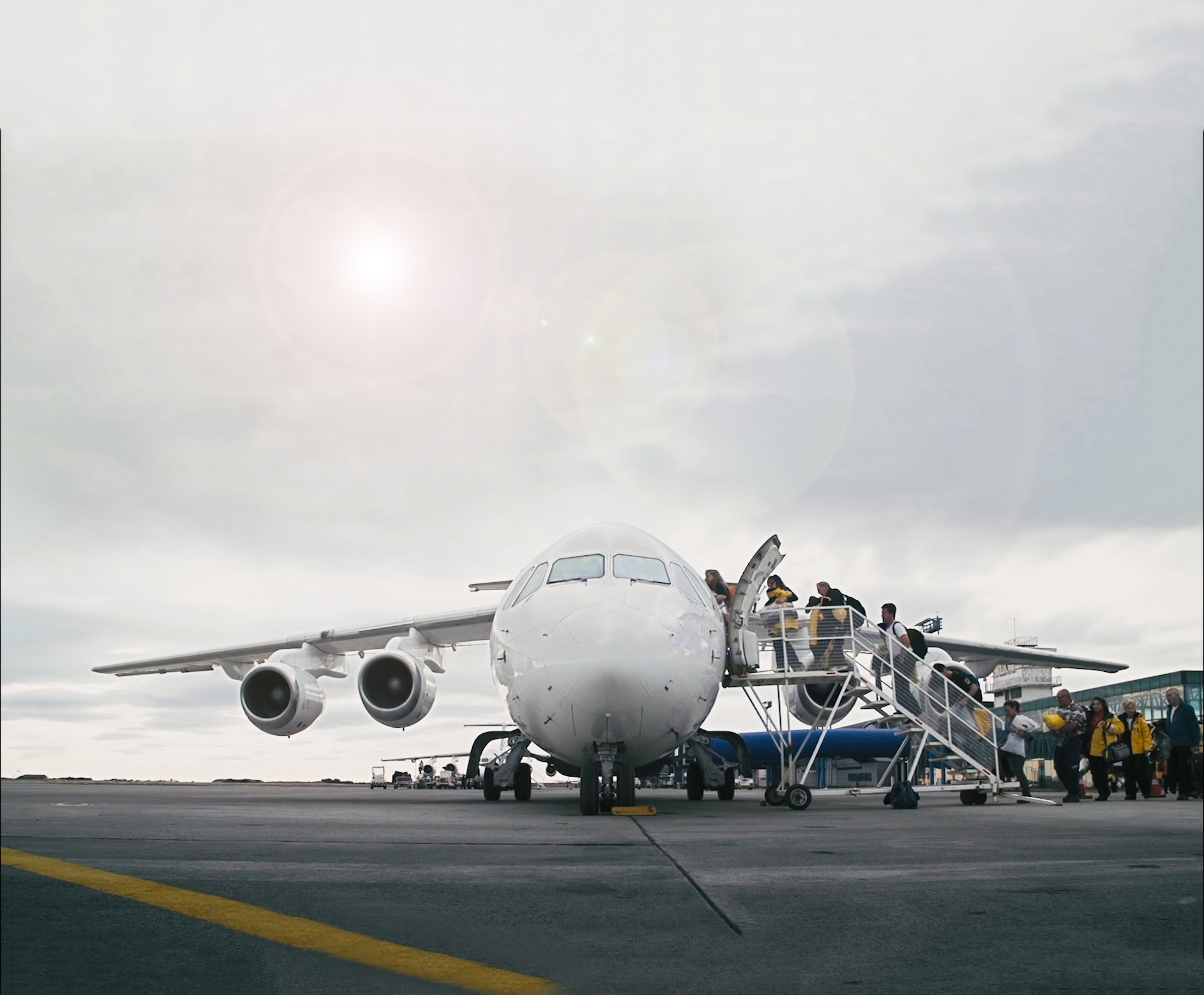 Many guests choose the Fly/Cruise option on an Antarctic expedition. This allows time-strapped travelers to cross the Drake Passage
by plane and meet their ship at King George Island. Photo: Quark Expeditions

As mentioned, the flying option is available for those who don’t wish to sail across the Drake, and perhaps would also like to cut down on time. The flying option could be the perfect way to live out your polar expedition dreams with the vacation time you have available. This gives you more opportunity to focus on enjoying the sights of Antarctica - from both ground and aerial perspective! You can click here to read a blog post discussing some of the benefits of each method of crossing the Drake Passage.

Alternatively, the two-day crossing cruise option can give passengers time for learning, bird-watching and possibly wildlife sighting. Onboard the ship, you’ll meet polar experts, such as penguinologists, glaciologists and ornithologists, delivering engaging presentations which help you get the most out of your polar voyage.

However you choose to cross the Drake Passage on your long-awaiting voyage to Antarctica, it’s important to choose a polar operator with experience and a proven safety track record. Quark Expeditions has been exploring the polar regions for three decades, and is proud to be considered the recognized leader in polar adventures. Eager to learn a little more? This video captures the very essence of a polar expedition.

At Quark Expeditions, we invite you to plan your next adventure on one of our unforgettable journeys into t...

The Westfjords Peninsula in northwestern Iceland is where to see an Arctic fox in Iceland. It’s home to the...