Iceland and Greenland For Northern Lights

Experienced adventurers have traveled to many different locations for a tantalizing view of the Northern Lights. Many seasoned Northern Lights chasers (as serious fans are sometimes called) highly recommend Iceland and, especially, Greenland.

Both of these island nations are located on the borders of the Arctic Circle, and both are relatively speaking sparsely populated—meaning fewer sources of human-made light such as high-rises and other large light-producing structures. The northern climate and unobstructed views of the sky make for perfect conditions to view the Northern Lights in all their glory. As a result, explorers who long to see the celestial beauty of Aurora Borealis should consider taking a trip to Iceland and especially Greenland for an adventure not to be forgotten.

Where is the best place to see the Northern Lights? 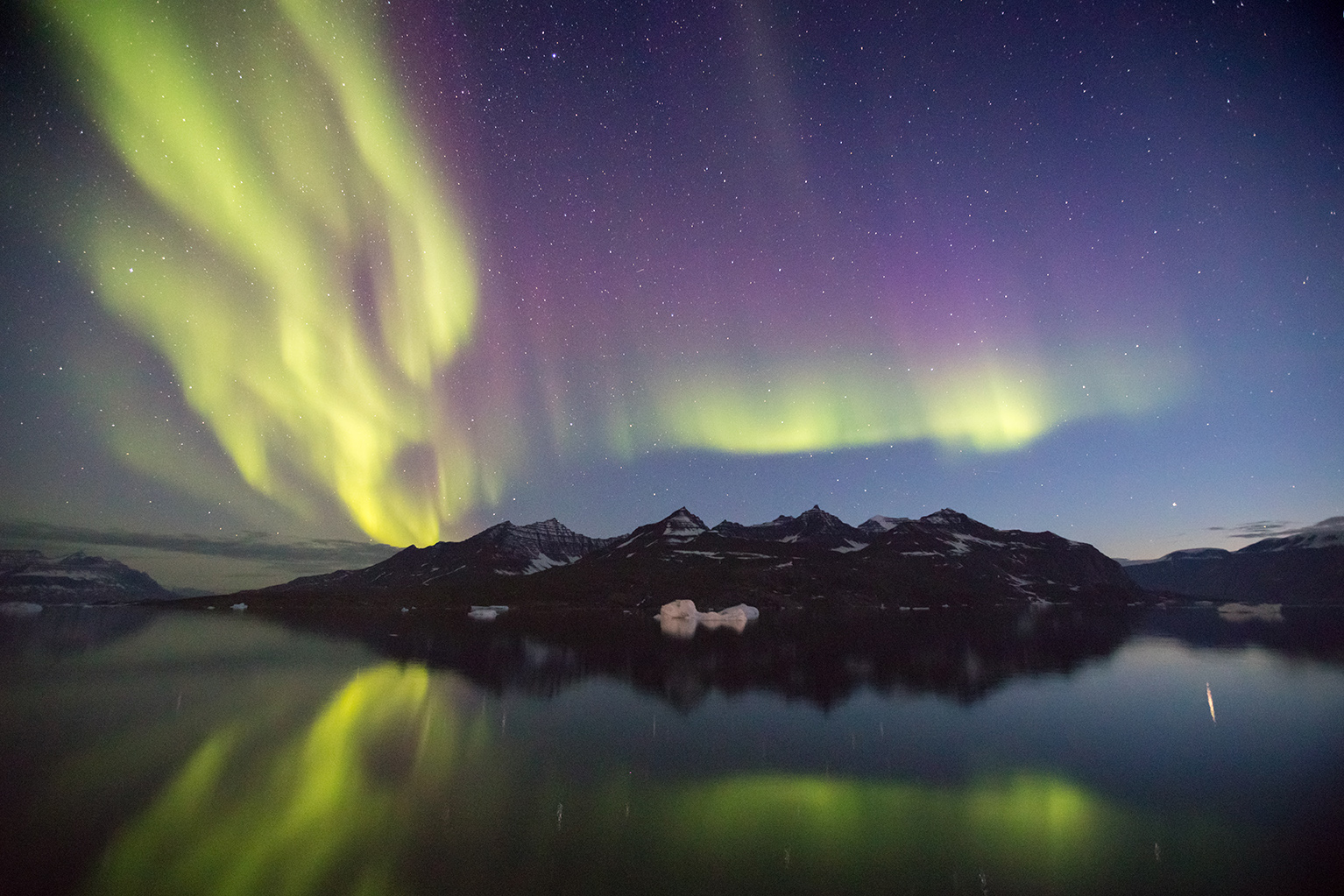 Greenland is the world’s largest island with an area of over 2 million square kilometers. However, the population of the entire island is just over 56,000 people. Much of the island remains uninhabited by humans, which means there is very little artificial light on the island compared to other parts of the world.

Artificial light interferes with the natural light produced by the Northern Lights, potentially limiting or, in some cases, blocking all visual sight of the Aurora Borealis. Areas with little artificial light are perfectly suited for stargazers to enjoy the rare experience of the Northern Lights, and Greenland provides those opportunities in spades.

This is 14-day adventure begins in the Icelandic capital of Reykjavik where you’ll board your ship for a voyage towards East Greenland. During your adventure, you’ll come upon beautifully rugged cliffs, incredible fjords, and all that the land has to provide. The journey through Greenland lasts from Day 5 through Day 12 of your entire adventure, providing ample opportunities to enjoy the land and await that magical moment for when the Northern Lights first appear in the sky.

Best time to visit Iceland and Greenland for the Northern Lights 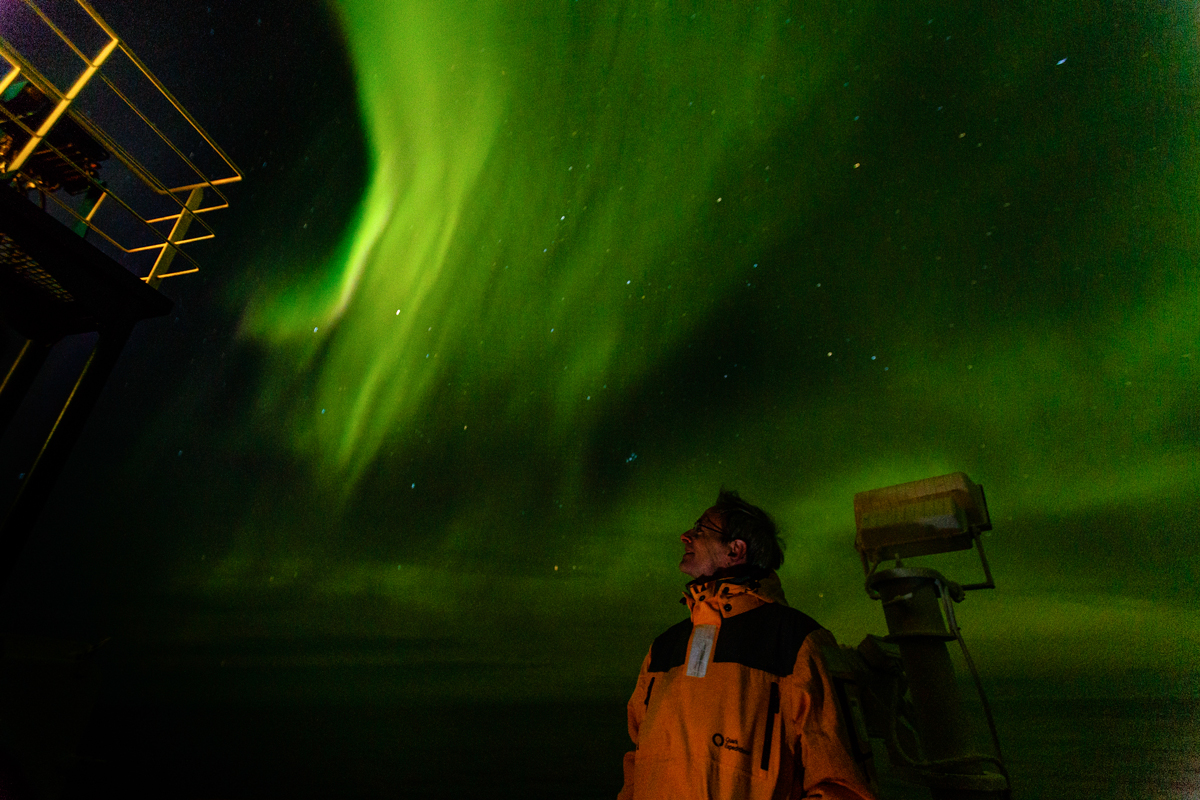 A Quark Expeditions guest is mesmerized by the emotional experience of witnessing the Northern Lights
in Greenland. Photo: Nicky Souness

At the same time, you want to make sure that you’re traveling in a polar region like Greenland at a time of year when it’s not so cold that the conditions are unbearable. Thankfully, there is a sweet spot for the ideal conditions for the Northern Lights. That time of year is from late September into October when the summer season is at its end and the nights begin to get longer throughout the fall.

Warmer times of the year also mean conditions are ripe for exploration across the land. There’s plenty to see and do throughout Greenland and your experienced expedition team will do their utmost to get you off the ship and out into the polar environment as often as possible. Plus, depending on the conditions, it’s quite likely you’ll have an opportunity to witness polar bears on the hunt for their next meal along the coastline.

What is the best way to see the Northern Lights?

Greenland is a must-visit destination for polar enthusiasts. Here’s our guide to help you prepare for the b... 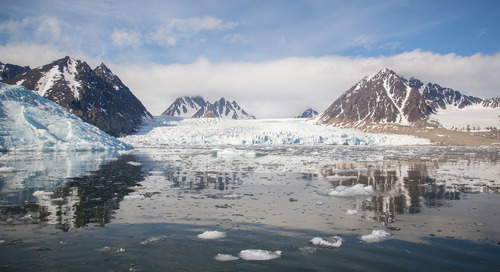 Learn all about Monacobreen Glacier in Spitsbergen and how you can visit one of the most stunning glaciers ...