If you’ve never been to Ellesmere Island, in the Qikiqtaaluk Region of Nunavut, but it seems familiar in photographs, you may have indeed seen it before. Ellesmere Island was the setting for parts of the movie “Deception Point,” based on the book by Dan Brown, author of the famous “Da Vinci Code” and “Angels & Demons.”

Ellesmere Island is located off the northwest coast of Greenland. To get a sense of its remoteness and distance from populated regions of North America, Cape Columbia on Ellesmere Island is the most northerly point of land in Canada. 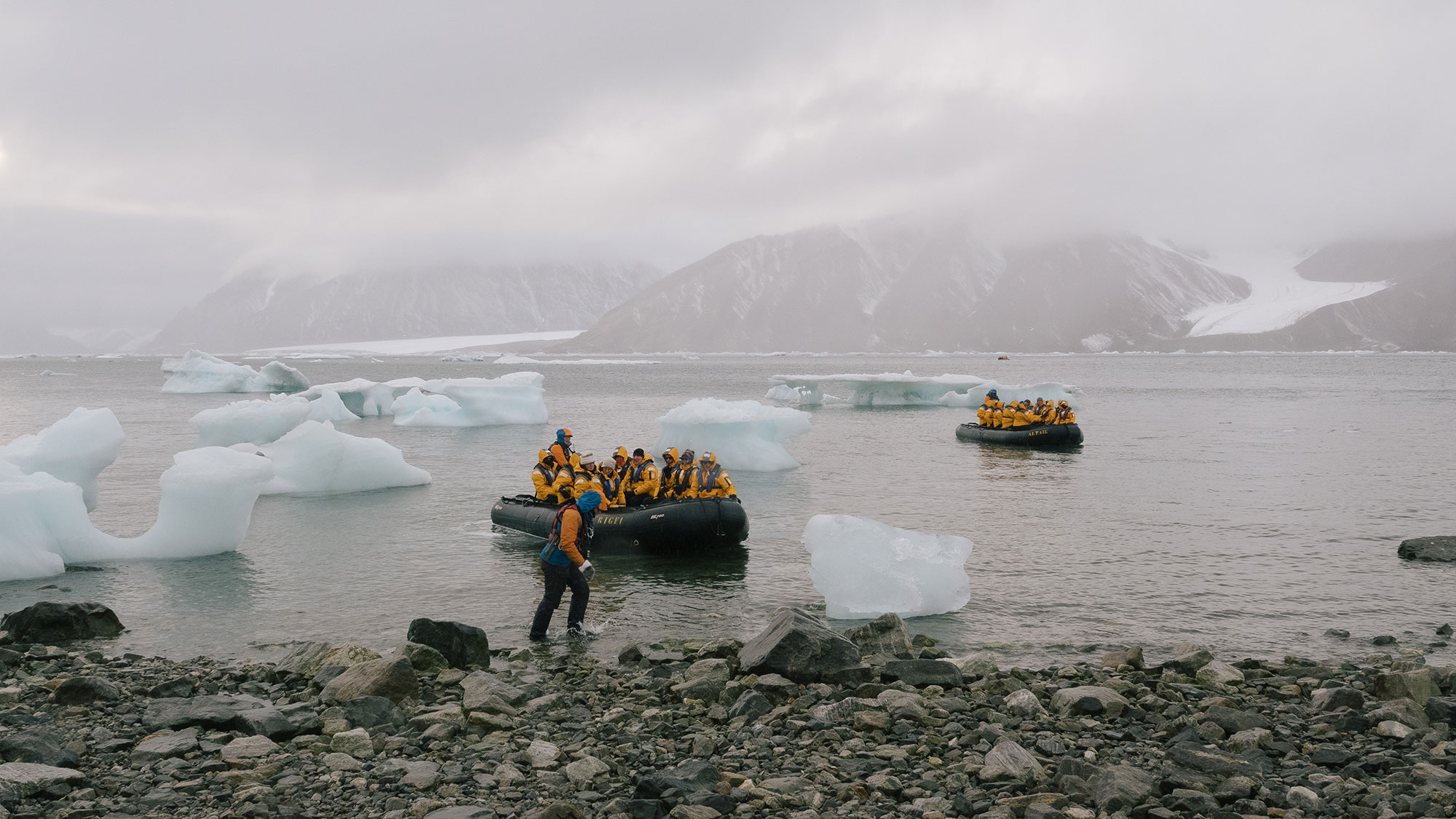 • In the local Inuktitut language, Quttinirpaaq (name of the vast national park on Ellesmere Island), means "top of the world."

• The Challenger Mountains, located in the northeast region of Ellesmere Island, is the most northern mountain range in the world

• At 196,235 square kilometers, Ellesmere Island is Canada's northernmost and third-largest island and the tenth-largest in the world.

• The population, for those considering an Ellesmere Island Tour, had an estimated 146 people in 2006. (Those would have largely been researchers and government personnel.)

• In terms of appearances, parts of Ellesmere Island aren’t unlike Mars.

• The Arctic willow is the only woody species that survive on Ellesmere Island.

• Ellesmere Island is the home of the famous mummified forests. (More on this topic below). 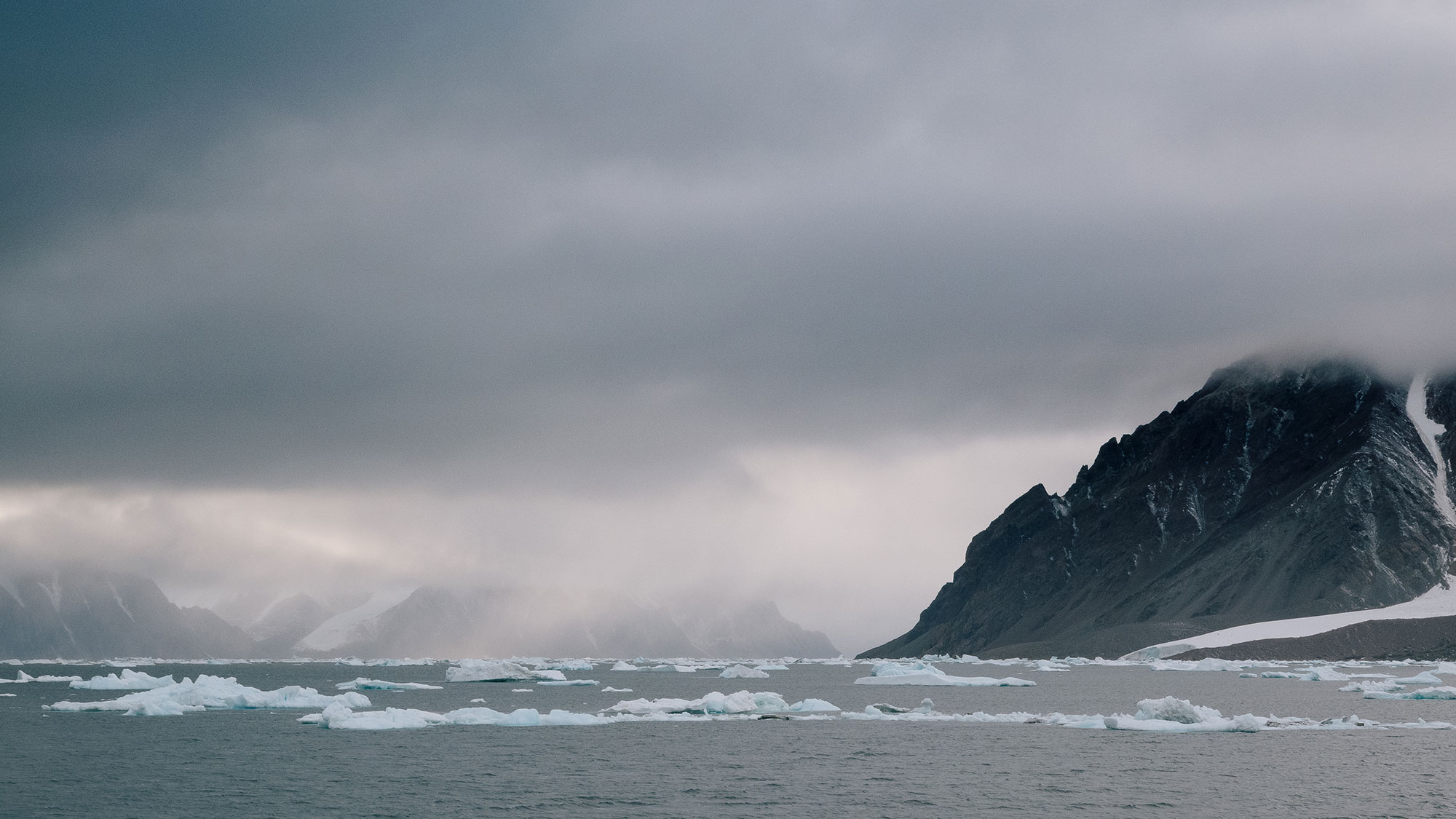 What to expect on an Ellesmere Island Tour

The first step in understanding what to expect on an Ellesmere Island tour is to determine how you’re going to get there—and with whom. Because of its remote location in the Canadian High Arctic, the rugged terrain, and the lack of permanent infrastructures for independent travelers, you should first identify not just the tour but the Arctic experts who will safely get you there. Those polar experts, as with the Quark Expeditions expedition team, can enrich your voyage with their expertise in botany, glaciology, wildlife, Arctic history, ornithology, and more.

In terms of what to expect on an Ellesmere Island tour with regards to towns, settlements, and places of interest, you’ll quickly realize that you will only visit small settlements. There are no large cities or huge settlements on Ellesmere Island. Some of these smaller places include Eureka, Grise Fiord (Aujuittuq), and Alert, which has been used as a weather station and military outpost.

Grise Fjord can be visited on Quark Expeditions’ Northwest Passage: Epic High Arctic itinerary. This Inuit hamlet (129 inhabitants at last check) on the southern end of Ellesmere Island, in the Qikiqtaaluk Region of Nunavut, is the most populous community on Ellesmere Island.

Rough and rugged terrain—but stunningly beautiful—is another Arctic feature to expect on an Ellesmere Island tour. You’ll encounter snow-capped peaks, extensive polar desert, deep fjords, jagged mountain ranges, and massive ice shelves. And in the summer, according to the TV series “The Nature of Things,” parts of Ellesmere Island resemble the Sahara desert or Death Valley. 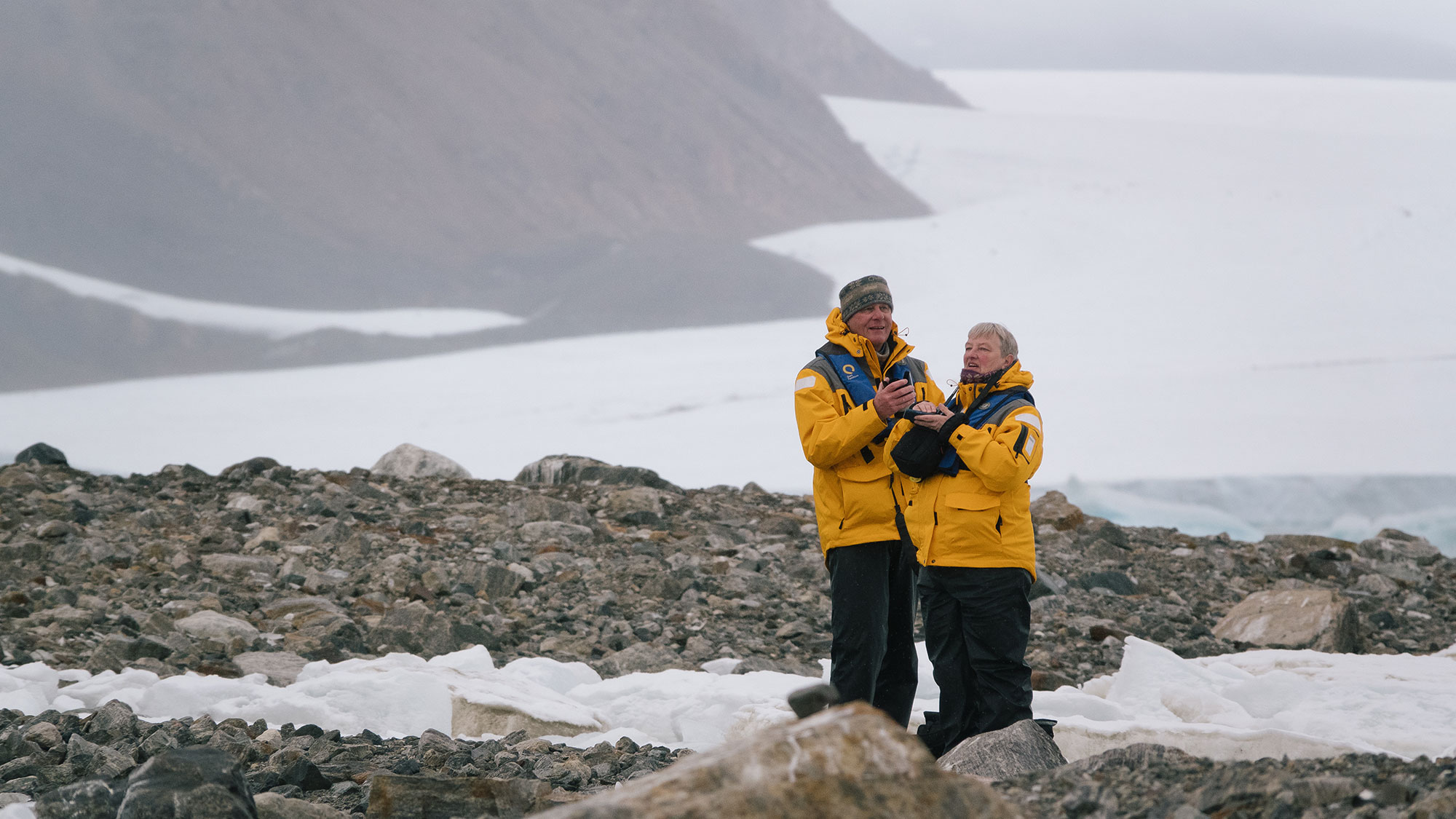 Wildlife varies depending on where you are on Ellesmere Island and during what specific season you make your Ellesmere Island tour. Wildlife species include seals, walrus, polar bears, musk ox, caribou murres, wolves, arctic hare, jaegers (Arctic skua), and terns.

One of the highlights that pique people’s curiosity about an Ellesmere Island tour is the ancient mummified forest of well-preserved logs and leaves that was discovered on Ellesmere Island in 2010. The forest was discovered by a research team who were intrigued after hearing stories from rangers who had been working in Quttinirpaaq National Park. It’s believed that pieces of wood in the ‘mummified forests’ are remnants of trees that were growing millions of years ago when the climate of the Arctic was warm enough to sustain a forest.

Quttinirpaaq National Park is also fascinating as one-third of its area is covered in glaciers. No Ellesmere Island tour would be complete without a visit to this remote National Park of Canada. It’s a park of extremes, where visitors can come upon beautiful purple saxifrage—against a backdrop of jagged black peaks and wild rivers fed by massive glaciers.

You can also expect to see plenty of fjords while exploring Quttinirpaaq National Park during an Ellesmere Island tour. One of the better-known is the 30-mile long Tanquary Fiord on the north coast of Ellesmere Island.

And, depending on the source, Ellesmere Island is also home to what many believe is the northernmost lake in Canada, Lake Hazen which is in the northern part of Ellesmere Island. In addition to Lake Hazen being a primary area where scientists can study Arctic freshwater ecosystems, it’s also of interest to historians as artifacts from the ancient Thule civilization, ancestors of today’s Inuit, were discovered near Lake Hazen in 2004.

How to plan for an Ellesmere Island Tour

If you’re just figuring out how to plan for an Ellesmere Island Tour it’s a good idea to read up on the region of Nunavut itself for a truly unforgettable tour. Then you’ll want to know the region itself a little more. Quark Expeditions has curated expert-produced content about the Canadian High Arctic, which will explain the best areas, what you’ll see, and what time of the year you should go. Once you’ve decided on your trip with an experienced polar expedition company—of course, you’ll want to pack appropriately for such an Arctic cruise. Watch this video:  “What to pack for your polar expedition.” Following these basic steps is how to plan for an Ellesmere Island tour that fulfills all of your Arctic dreams. 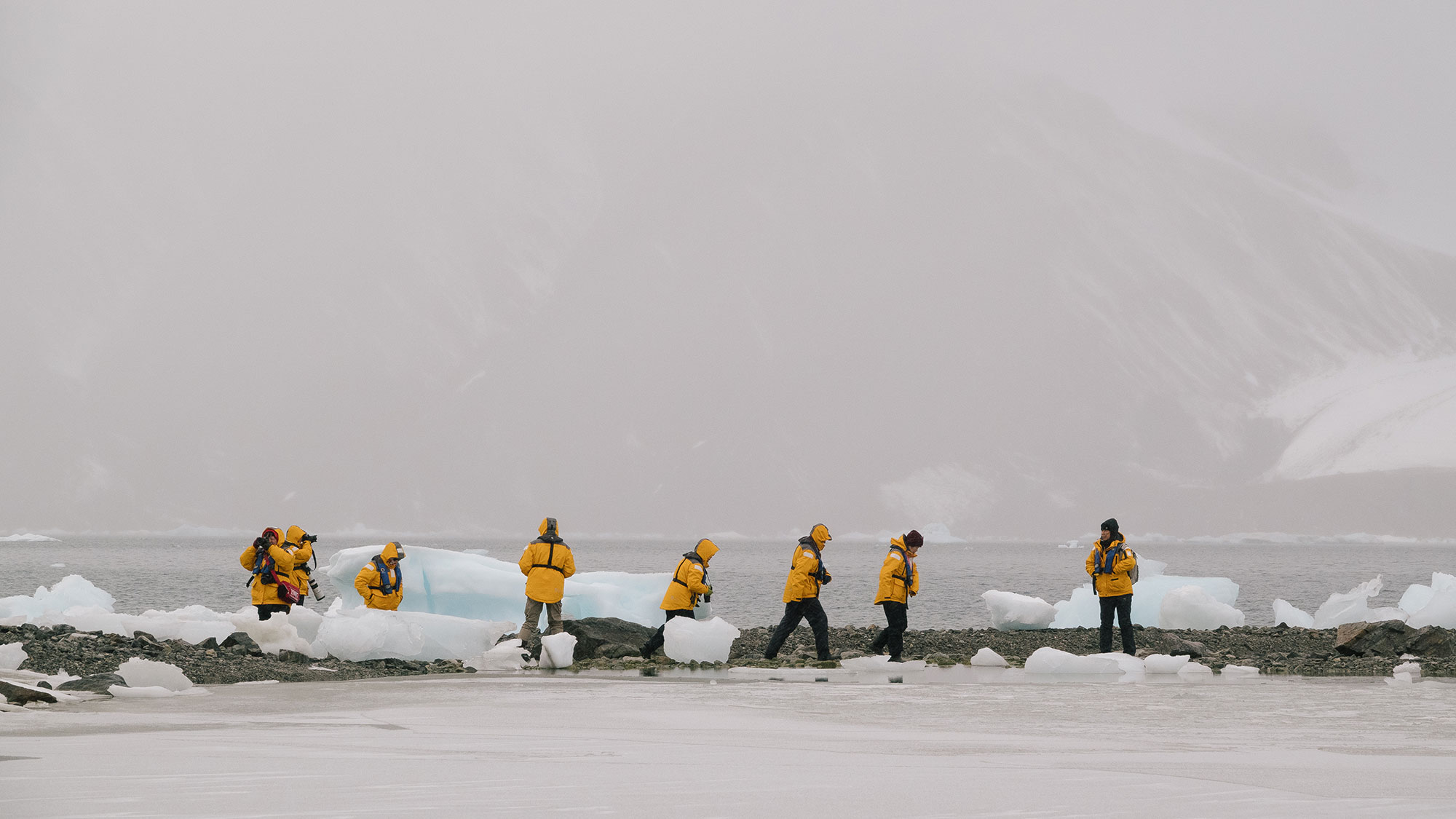 Ellesmere Island is Canada's northernness most island and the third-largest in the country. Photo: Sam Edmonds

How to get to Ellesmere Island

Discover the wildlife species, outdoor adventures and incredible scenery you can expect during a visit to r... 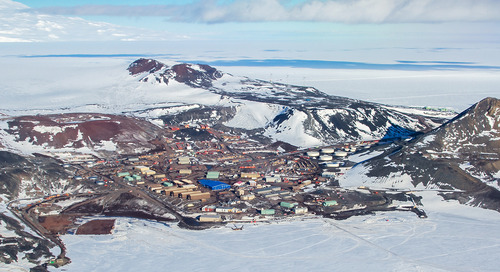 You won’t find any cities in Antarctica but you will encounter plenty of wildlife and incredible landscapes...