Home » Blog » How To Get To Devon Island
× Share this Article

Canada has some of the most beautiful natural landscapes on the planet. Yet, much of the country remains largely unexplored. There are only a relative few who’ve actually experienced the wonders of the great Canadian Arctic, namely the wildlife, the rugged terrain, incredible ice formations, and the bodies of water that make up the incredible North.

One of the most fascinating and visually stimulating destinations in the Canadian Arctic is a place known as Devon Island. It’s one of the many islands in Baffin Bay that are collectively part of the great Canadian territory known as Nunavut, a territory largely inhabited by the Inuit, who inhabited this northern domain long before the arrival of European explorers. 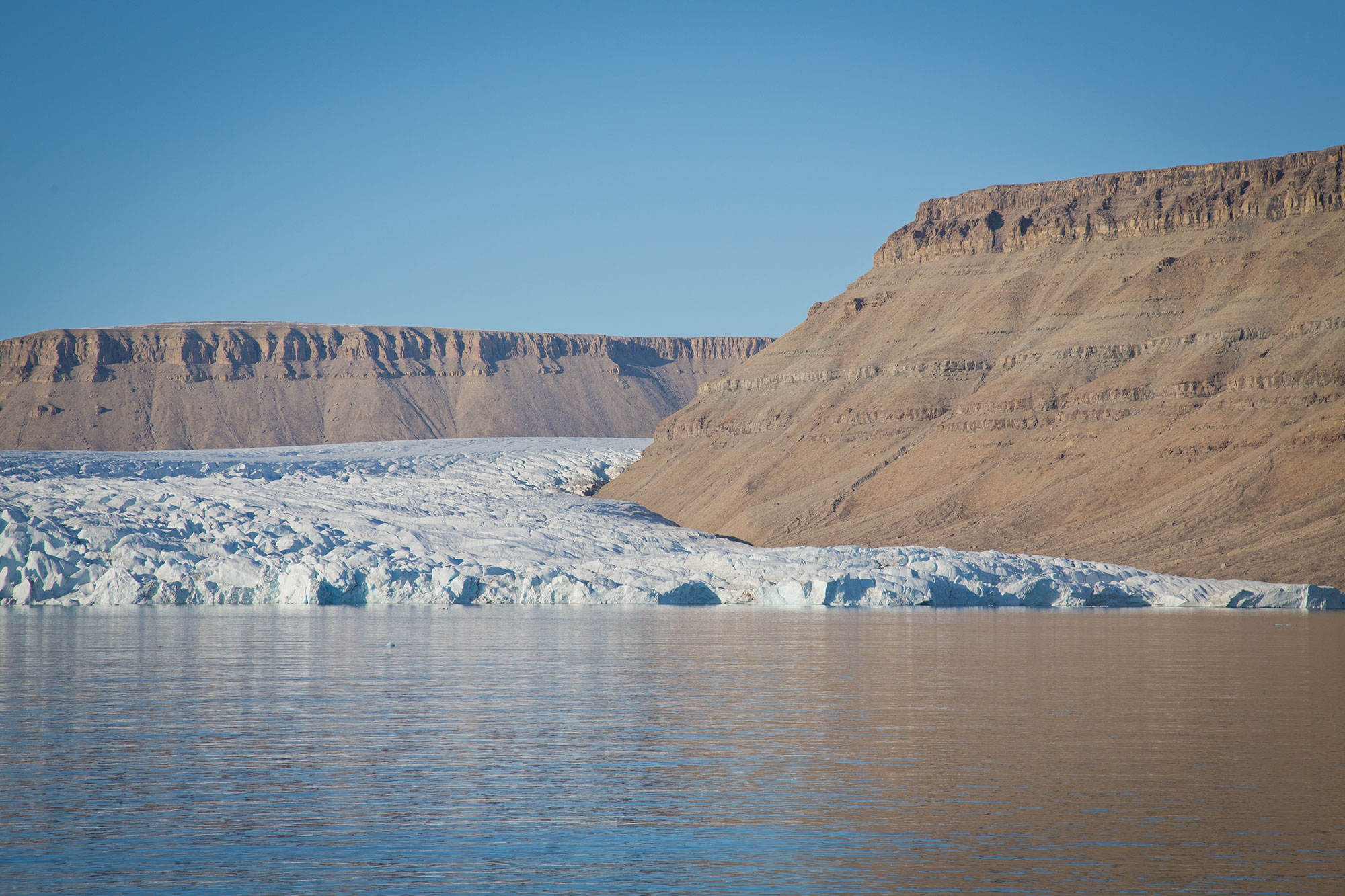 Most visitors' first sight of Devon Island is on the approach from Croker Bay. Photo: Sam Edmonds

Where is Devon Island?

Geographically, how to get to Devon Island is by sailing a passage through Baffin Bay, a large body of water that separates the Canadian Arctic Archipelago from neighboring Greenland. Baffin Island, the largest island in Canada, is situated south of Devon Island on the other side of the bay.  Baffin Island’s breathtaking glaciers and picturesque natural wonders help separate the two islands, providing adventurers with incredible views as they navigate through Baffin Bay. Devon Island is often reached through the Arctic waterway of Croker Bay, which is just off the southern coast of Devon Island.

Now, let’s talk about some interesting facts about Devon Island. First and foremost, it is the largest uninhabited island in the entire world. To this date, there are no permanent residents on Devon Island, and one of the main reasons is that it’s colloquially known as “Mars on Earth.”

Indeed, much of the land resembles a polar desert with shades of red that make the landscape resemble what we’ve all seen in photographs of Mars. In 2019, a team of researchers published their findings on the island on Google Street Views, allowing would-be adventurers to get a visual preview of Devon Island before their arrival. 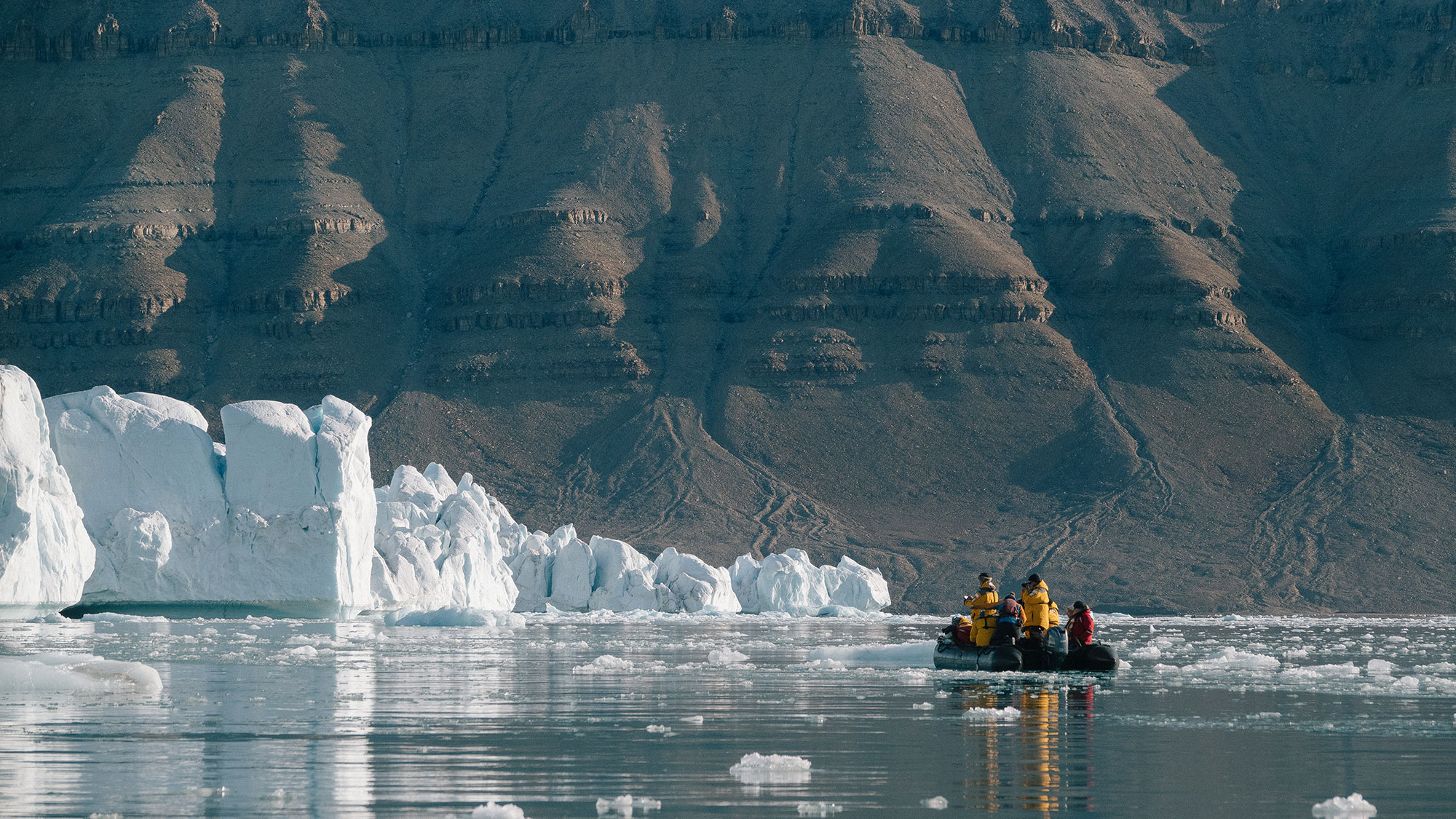 The stark, otherworldly landscape of Devon Island in the Canadian Arctic has long invited comparisons
to the planet Mars. Photo: Sam Edmonds

Despite its reputation, Devon Island does have rich and diverse vegetation and wildlife. Most of the precipitation occurs in an area of the island known as the Truelove Lowland Area, which is where an abundance of water accumulates throughout the year. Also, the island is snow-free for fewer than two months of the year; the window is limited if you wish to experience Devon Island without snow!

Despite the ruggedness of Devon Island, it’s a chance to experience what life might be like in a terrain resembling Mars without requiring a voyage into space. There are also wild animals that roam across the island, including the muskoxen, which are native to the Arctic and known for their thick coats and musty odors used to attract the opposite sex. You may have a chance to witness muskoxen as they graze the land while venturing on a kayak adventure through the Canadian Arctic.

Wildlife and bountiful natural wonders are the main highlights of the Arctic Express Canada: The Heart of the Northwest Passage adventure. This is a 9-day experience that begins with a flight from Toronto to the northern town of Resolute, Nunavut. From there, you embark on your sea voyage and sail through much of the Canadian Arctic Archipelago, including a voyage that shows you how to get to Devon Island. You’ll have the chance to see muskoxen, walruses, and polar bears along with the chance to witness the Devon Ice Cap, one of the largest glacial features in the Canadian Arctic. 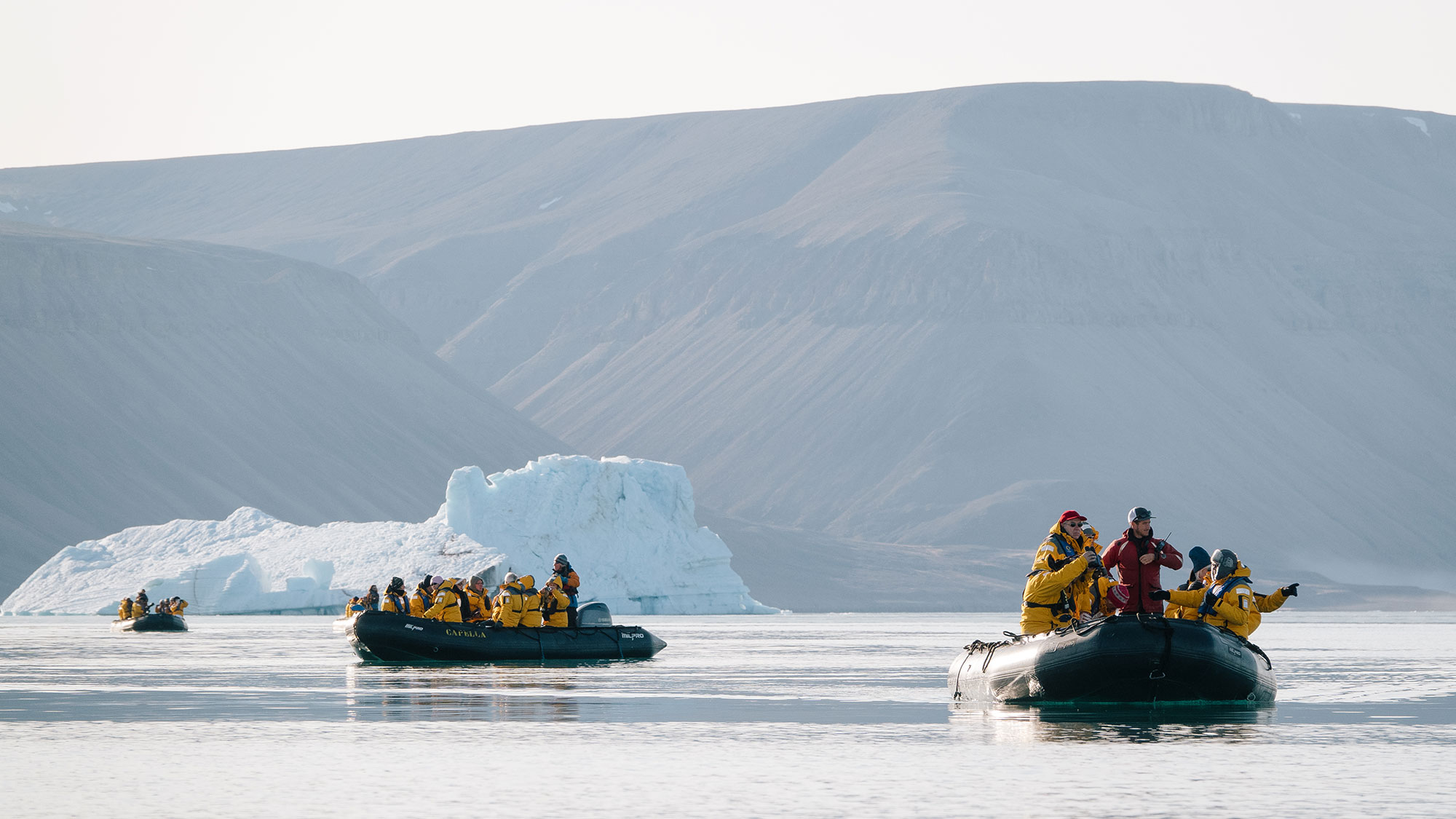 Quark Expeditions guests explore Devon Island during a Zodiac cruise, which is a key element of a polar expedition. Photo: Sam Edmonds

How to get to Devon Island

You have the chance to retrace the path taken by the Franklin Expedition by joining our coveted Northwest Passage: In The Footsteps of Franklin. This is a 17-day journey that begins with a flight from Toronto eastbound towards Kangerlussuaq, Greenland. Once you arrive in Greenland, you’ll board your vessel and sail northwest through Baffin Bay towards the Canadian Arctic Archipelago.

Devon Island is one of the stops on this journey. You’ll sail into the port of Dundas Harbor and have an opportunity to visit an abandoned beachside outpost once manned by the Royal Canadian Mounted Police. Your adventure guides will point out landmarks and other historic sites that commemorate the history of explorers who navigated these frigid waters and paved the way for others to learn how to get to Devon Island and experience the wonders of the land.

Many Arctic travelers' first sight of Devon Island is from ships sailing in Croker Bay. In fact, South Croker glacier is part of the massive Devon Ice Cap.

What can you experience on the best expedition cruises to Antarctica? Our latest travel guide prepares you ...

Discover the wildlife species, outdoor adventures and incredible scenery you can expect during a visit to r...