Below is an insightful update from Expedition Leader David "Woody" Wood. David is leading Quark's Crossing the Circle, Southern Expedition:

We closed quickly in on the Antarctic Circle after crossing a kind Drake Passage. Shortly after 3:30 a.m., the ship was woken to celebrate the crossing; everyone gathered to toast the Circle – some in pajamas supplemented with jackets others in full expedition garb. Watchers were rewarded with fields of ice, Adélie penguins and crabeater seals aplenty.

During the day we glimpsed an emperor penguin at sea; an unusual sighting indeed, but we had a few fleeting glimpses thanks to the rapid action from the spotter and the bridge team. Minke, orca, and sei whales also blessed us with their presence; a zodiac cruise amongst the sea-ice and towering bergs was with a range of seals. We had only experienced a day in this grand landscape and its wildlife and already we were all touched by this special place.

A landing at Vernadsky Station for a tour of an active research station was complemented by some wonderful zodiac cruising. Majestic ice crackled and shone, seals lazed and penguins continued their journey of life.

Later in the day we spotted whales as we sailed through the Yalours; we were rewarded first with glimpses of orcas and later a relaxed humpback whale. We saw a multitude of Adélie penguins with lots of big fluffy chicks. The light softened slowly as we gazed at icebergs and floes shimmering in the horizon as pink hues filled the night sky. 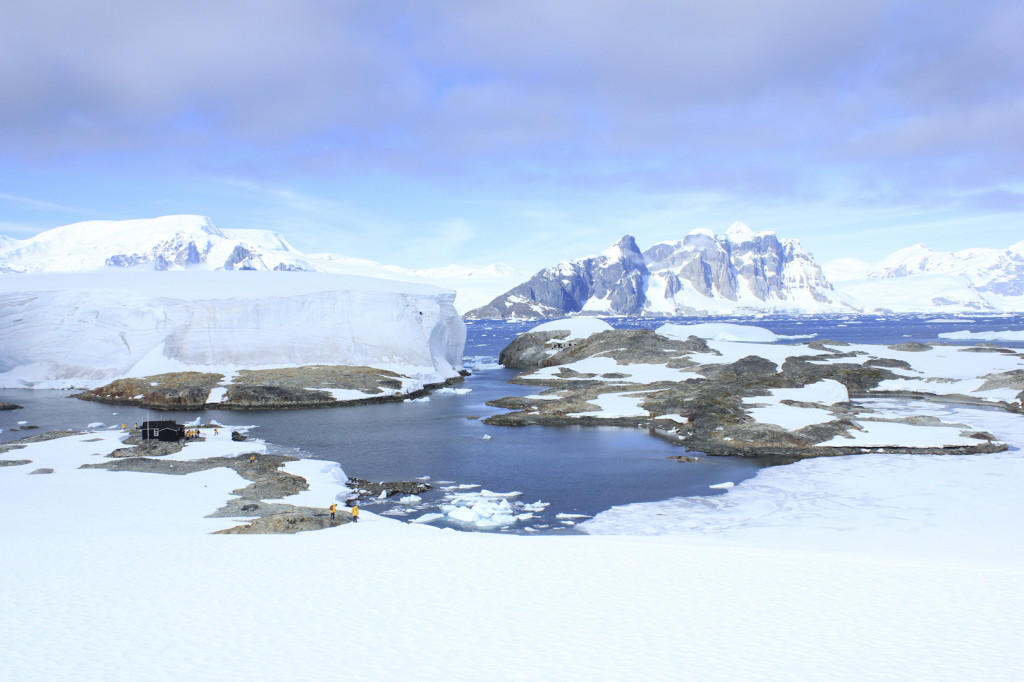 A landing on Petermann Island gave us masses of gentoos and Adélies and nesting blue-eyed shags, and of course great views of the grand landscape. Humpback whales patrolled the waters as our zodiacs cruised by.

A remaining piece of sea-ice floating around Pleneau provided a seal extravaganza; over forty seals lolled luxuriantly on the ice. Many were crabeaters but some were the menacing and reptilian leopard seal. We sidled between icebergs in an amazing gallery of ice as they towered overhead and beyond them snow-capped mountains pierced the sky; Shapes, textures and colours of every variety and on a huge scale were seen amongst the icebergs.

Our resident penguinologists Tom Hart, from Penguin Lifelines, worked at Port Charcot to check their cameras set to capture images of the colony and gather data about the penguins’ nesting habits. Back on board we enjoyed a BBQ on deck; a more perfect or picturesque Antarctic setting could not have been chosen. As we finished our meal, we set sail through the Lemaire Channel. We soaked up the views from the outer decks of the ship, marvelling at the scale of this magical place.

We had a wonderful morning with an amazing icy setting in Port Lockroy. There is a delightful museum (it’s like stepping back in time) and a gift shop so that we can all take a piece of the Antarctic with us! The resident gentoos were adorable as always.

History and nature once again were a wonderful coupling with the grandiose scenery at Dorion Bay. A commentary from our very own Polar expert, Bob Headland, added a great touch. Even the gentoos and their chicks provided a live commentary of their own!

At 9:30 p.m. the brave campers ventured forth. Their icy beds glistened in the softening light and despite the wind kicking up some waves, no one was deterred. 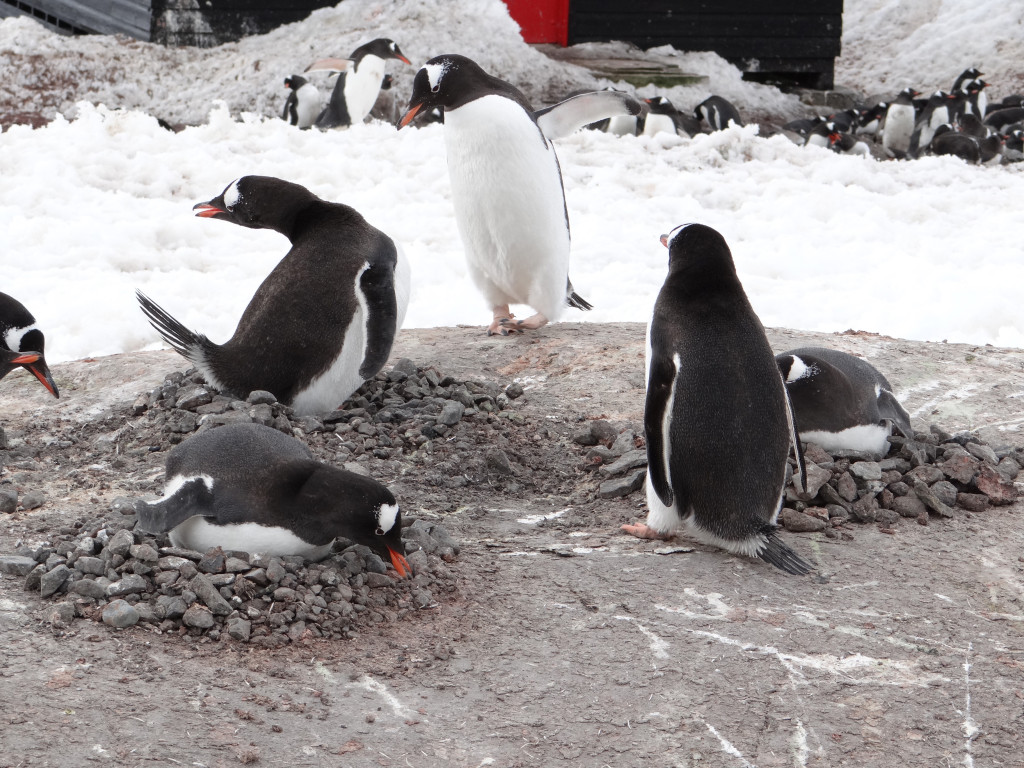 The multitude of penguins against the glacial backdrop in Neko Harbour were absolutely entrancing. The walk to a high vantage point left many breathless but the sweeping views were a bountiful payment for their efforts.

A challenging climb at Orne Harbour gave great views and an appreciation of the hike the chinstrap penguins have to make. Zodiac cruisers enjoyed humpbacks-a-plenty with the odd crabeater seal.

Paradise Harbour lived up to its name for those exploring by zodiac and by land. On land, climbing the mountain provided great views and time for reflection while those in zodiacs enjoyed wonderful ice crackling and popping and massive glacial fronts.

Seventy-nine passengers braved the icy waters as they took the polar plunge (there might have been a few shrieks, squeals and some cursing).

As we entered Wilhelmina Bay snow came in flurries and visibility was challenged. Sharp eyes on the bridge spotted a number of humpback whales and despite the snow, we gathered on the decks to enjoy their show. 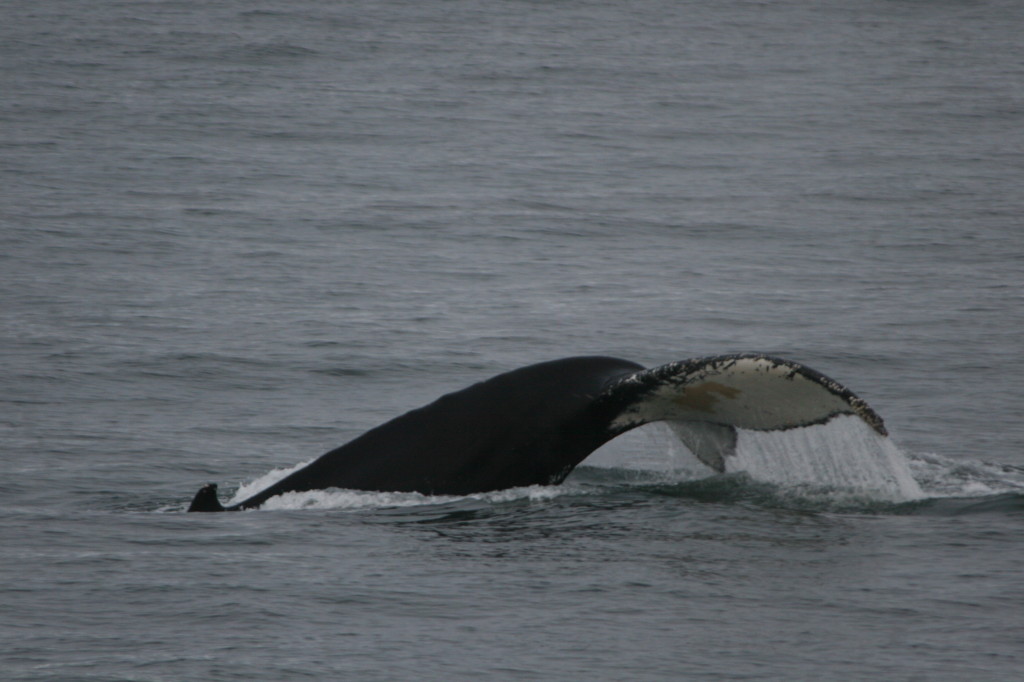 Along Deception Island, the rocky caldera wall revealed no entrance until we came alongside the entrance to Port Foster. There was considerable excitement aboard as we sought to sail inside the caldera of a live volcano. Our geologist was giddy with excitement as we planned to spend the day at Deception Island. We sailed the narrow entrance known as Neptune’s Bellows and continued to the back of Port Foster. The wind was whistling now and snow was making it hard to discern details in the black ash. We landed and soon began a challenging walk to the crater rim. The weather improved and now the landscape was all black and white, a dramatic landscape of curves, rises and streams!

In the afternoon our landing provided more great geology; seals and penguins came to inspect us and we explored the swathe of remains of man’s exploitation and occupation of Deception Island. Blessed with Bob Headland, the doyen of polar history and geography we had ample opportunity to understand all that was before us.

We concluded our final excursion in fine spirits. Soon we would see what the Drake Passage had to offer... 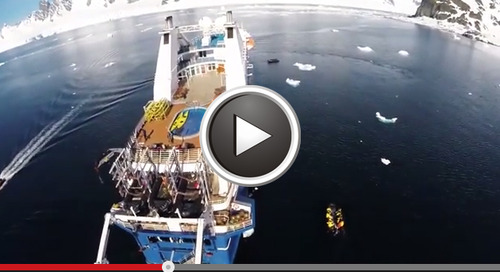 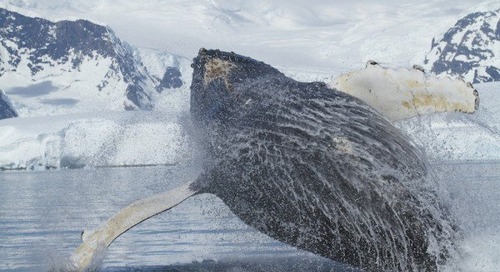