Throughout the day yesterday all around the Endeavour the excitement built as our preparations to celebrate Christmas were reaching their peak. 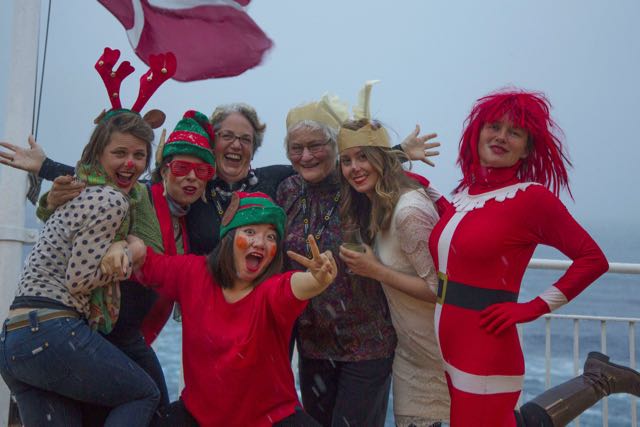 The traditional Christmas Eve dinner was full of festivities, our tables decorated beautifully by the restaurant staff. The celebrations had truly begun as the smell and sound of christmas poppers wafted along with the delicious smells of the dinner to come. Repairing to the Nautilus lounge, we all came together and saw all of what the guests had been working on: door decorations, hand made ornaments, poems and songs, all of which wonderfully captured our adventures since we left Ushuaia. Even more fun was had as afterword everyone decorated the human staff Christmas trees before dancing the night away.

Christmas is all about giving and on every occasion Antarctic has gifted us with everything we could have wished. Christmas Day rose with seas of glass and no sooner had we sat down for breakfast than a pod of Orca was spotted off our starboard. 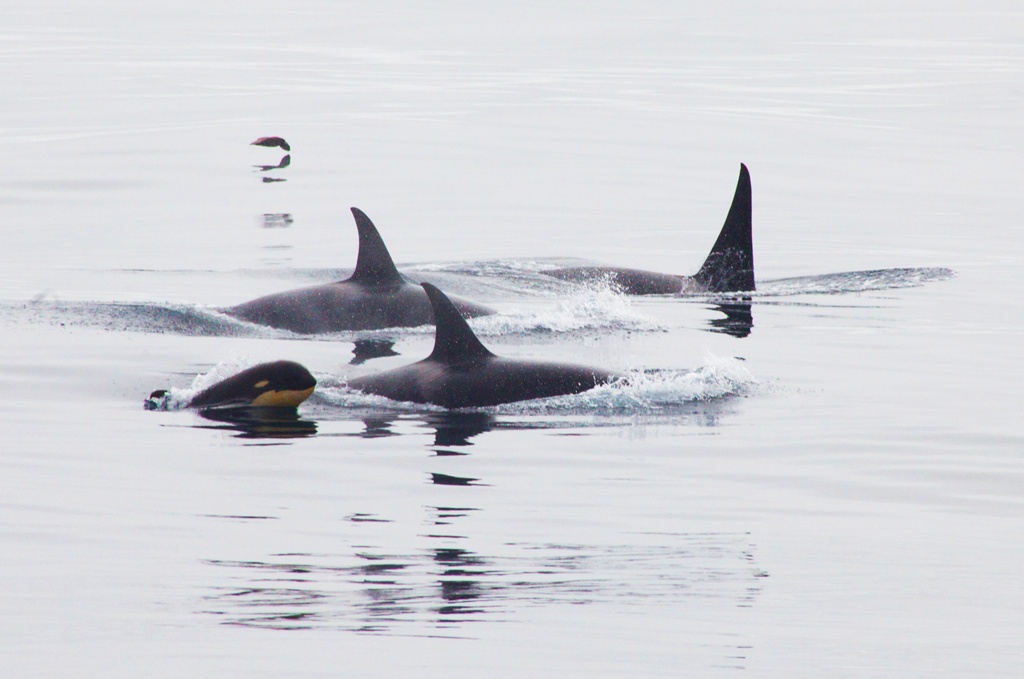 Out on deck we realized there was not just one but multiple pods of Type D Orcas, for which our sighting was only the 18th on record.

We were surrounded by family groups, no matter where we looked around the boat we were treated to black fins on a glass sea. Captain Alexey gently turned about as we headed to the bow, and we slowly approached. He is so experienced that the Orca felt no threat and once in a perfect position to watch the calfs jumping in and out of the still sea he slipped into what will now be referred to as the 'Alexey Slide'. Turning slightly towards port he ordered the engines to be put into neutral and we glided along side these magnificent kings of the southern ocean.

On this day of Christmas, Antarctica gifted us a treasure beyond our wildest dreams.

Elephant Island is probably one of the bleakest and most inhospitable places on the planet. It is exposed to the full force of fury the Southern Ocean can bear down on its barren shoreline.

To arrive and just be able to gaze on the narrow spit of beach where Shackleton's men braved the harsh winter months is considered a great success as it is usually shrouded in mist or the extreme winds and swells prevent anyone getting near.

But something quite extraordinary has been happening on the Endeavour over the past 12 days. Antarctica has been positively benign. One hears tales of tempestuous seas and bone-chilling winds, but we could be guilty of thinking that these are from myths and legends, or even a fairy story.

And so it was when we approached the exposed 'sanctuary' of Point Wild we could hardly believe our eyes. It became more and more apparent that not only were we going to get a wonderful view but it was going to be possible to launch the zodiacs and maybe even the unthinkable - to attempt a landing.

Beneath the sunny skies a shore party was swiftly despatched to assess the possibility of boots touching these legendary rocks. On one side lay a barrier of brash ice, the other a significant swell. But with greets skill they managed to scramble onto the rocks between the surge.

Historically, the name Elephant Island conjures up images of the James Caird setting off for it's legendary journey, taken by the infamous Frank Hurley. Though the wind remained calm and the sunshine beamed down on us, the swell did not subside meaning the landing was called off.

Meanwhile our guests were being treated to a once in a lifetime zodiac cruise. A sleeping Humpback's dreams hardly broke as they gently glided closer. To experience the silence surrounding this magnificent creature was such an unexpected pleasure. Leopard seals came to investigate some of our boats, smiling mischievously as they passed us by, headed off to snap up a penguin in the crystal depths.

Majestic icebergs had been swept towards the island and finally everyone got an up close and personal encounter with these sculptures of nature.

After boarding the ship we headed around Elephant Island and were greeted by a marine biologists dream, whale blows littered the sea as Fin, Minke and Humpback whales swam around this island group. Feeding, fluking, and cruising lazily by the boat, these whales gave everyone an incredible show. A reminder of bygone days when these oceans were teeming with these whales, and perhaps a beacon of what can be again.

The blessings just keep on coming to the Endeavour, and we count ourselves some of the truly fortunate. 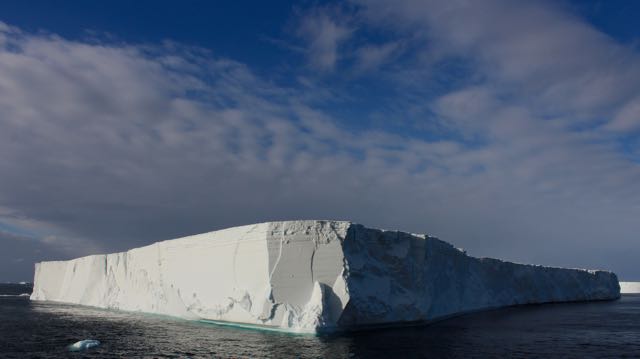 As far as all our eyes can see

White as clouds and blue as sky

One feels their majesty

They intimidate with size

They remind us to be wise

To recognize the power of awe

That simple gift it brings

To teach us that this world is big

And we are tiny little things

We must protect this place we love

This small blue dot in space

For oceans blue, and icebergs too

May vanish from this place 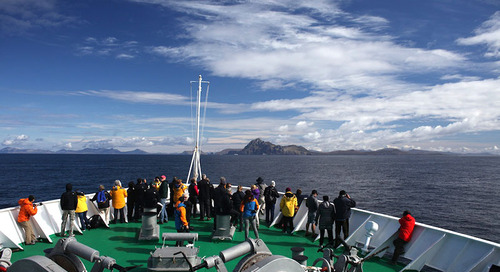 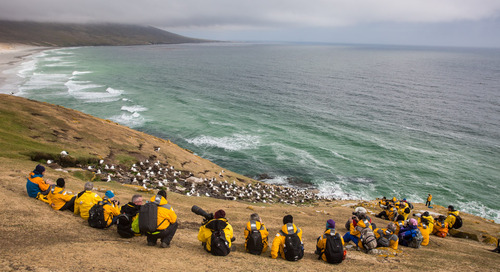