High above the Arctic Circle, the inlet at the mouth of the river running through the barren tundra on Somerset Island, Nunavut, comes alive each summer. Pods of hundreds of beluga whales, from the air, resemble something out of a science fiction movie.

Where to Spot Beluga Whales 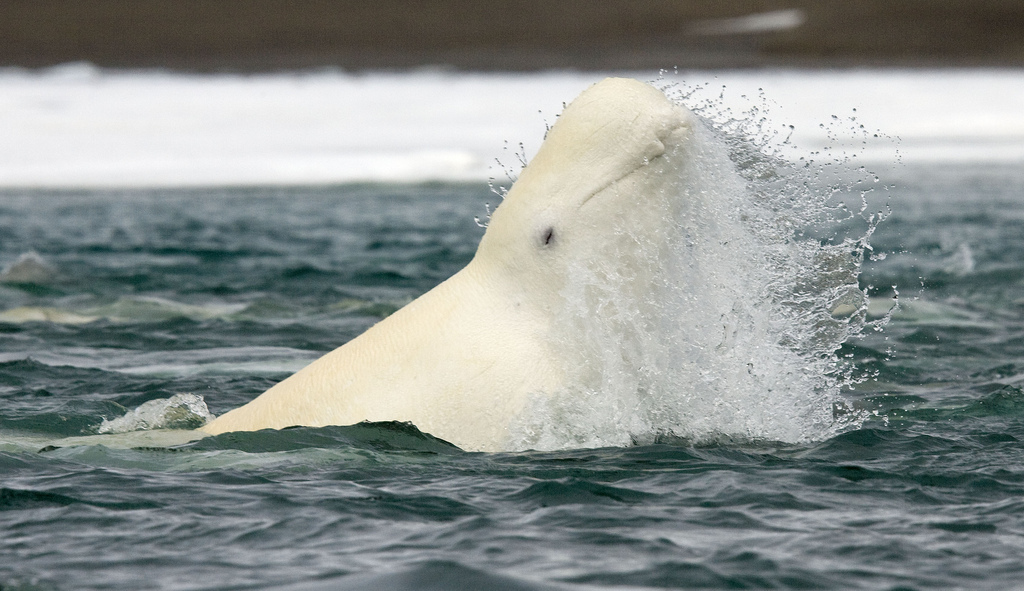 Belugas are an Arctic whale species, distinct in their white color and absence of a dorsal fin. They live in the Arctic and subarctic waters along the northern coasts of Canada, Alaska, Russia, Norway and Greenland. Though their habitat of choice is certainly isolated, belugas are social and playful creatures with few natural predators. 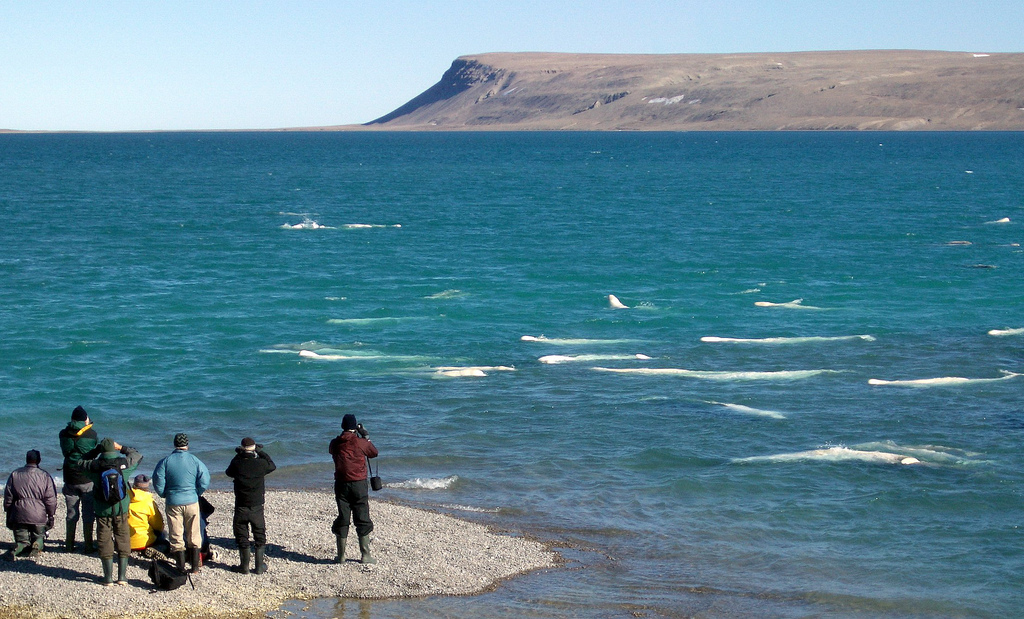 Cunningham Inlet, at Somerset Island, Nunavut, is one of the best places on earth to watch belugas, which return every summer and stay until August. Whale watchers can get up close and personal with the creatures, often within mere feet while standing on the shoreline. They pay no mind to their snap-happy, camera-toting visitors – in fact, many even put on a show for their human friends.

What makes Cunningham Inlet such a hotspot for beluga whales?

They come to mate, raise their young and bask in the Arctic midnight sun, but researcher David St. Aubin discovered a more compelling attraction for the wales. St. Aubin spent decades traveling back and forth from Cunningham Inlet to his work in the south and other research projects in the tropics. He was the first to document that a whale could moult and that this was the reason for the belugas’ attraction to Cunningham Inlet. Every July, he noted, they came to rub their old, yellowed skin in the shallows of the inlet, revealing the snow-white epidermis beneath. Belugas have incredibly thick skin, about ten times thicker than that of dolphins. 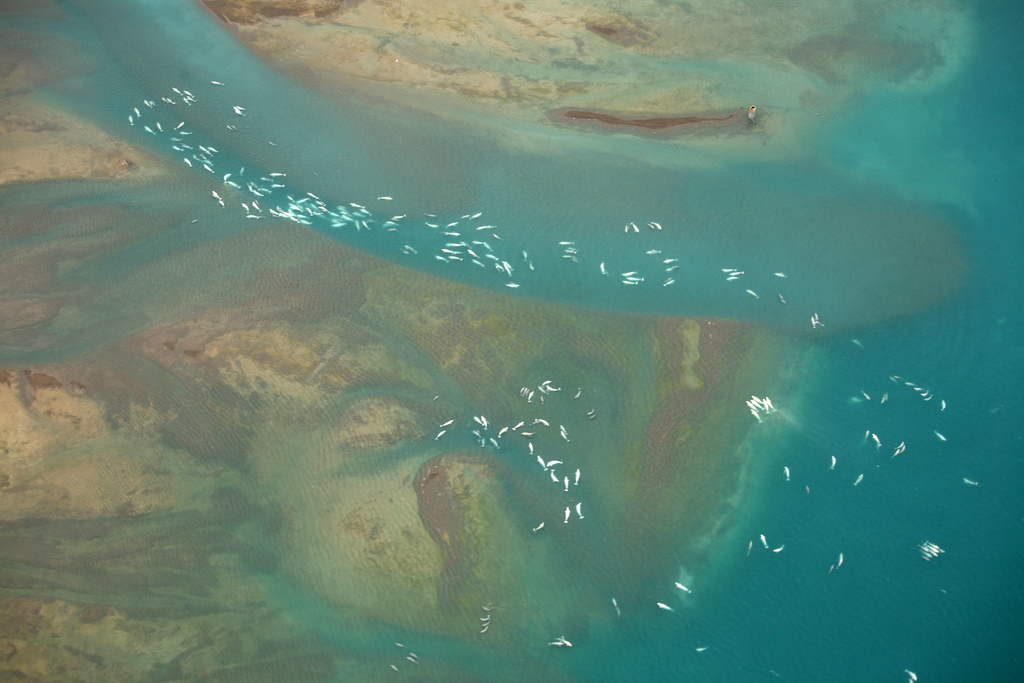 Experts estimate that approximately 72,000 to 144,000 belugas live in Canadian waters, between the Beaufort Sea in the western Arctic, Baffin Bay in the high Arctic, the eastern Arctic waterways including Hudson Bay, and in the St. Lawrence Estuary.

In summer, belugas gather for several weeks in estuaries, where a river and an ocean meet, and congregate in the warmer, shallow waters. In winter, they must stay with the open water, keeping ahead of shifting ice in order to maintain access to air. 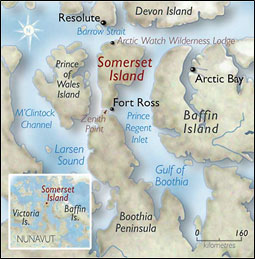 Viewing belugas at Cunningham Inlet is a once in a lifetime opportunity, especially since they travel such great distances in deep water each spring and fall.  Some migrations take the whales over 2000km, diving deep and often – typically up to 800 metres – for food.

Although for many years, ice cover was such that the arrival of the belugas usually coincided with the second week of operation at the lodge, these days belugas are often spotted during the first week of July and stay until mid-August. You'll see plenty of mothers with their newborn or yearling calves as well as a juvenile, who seems to serve as an attendant to the young family.

Research into beluga biology and behaviors continues at Cunningham Inlet, through the non-profit Arctic Watch Beluga Foundation. On top of scientific research, the foundation has created a unique research program for young adults, which invites young adults including Inuit youth from Nunavut to participate in research conducted by Mystic Aquarium.

Beluga watching from the shores of the Cunningham River, whether for research, photography, or recreation, is a unique and joyful experience. Our 10-day Arctic Watch Wilderness Lodge expedition gives you ample time and opportunity to sit alongside these incredible creatures and observe them in their natural Arctic habitat, just a 15-minute walk from the lodge.

Map from Canadian Geographic; all other images from ArcticWatch.ca by Nansen Weber 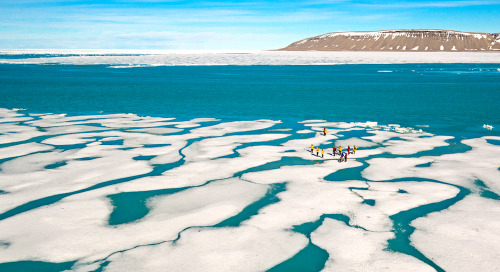 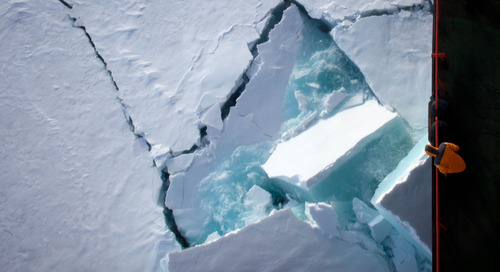 Visit the North Pole for the ultimate travel achievement: to stand at the top of the world, at 90 degrees N...