Where do Arctic terns live?

Polar travelers, especially birders, frequently ask where do Arctic terns live? While the species does “live” in specific regions of the Arctic, they actually spend a significant part of the year on the move. The Arctic tern, despite its name, can be said to live in Antarctica, as well. Arctic tern fact: While they breed in the Arctic in the summer months, they’re internally programmed to leave their northern breeding grounds and fly all the way to Antarctica. They take advantage of the Arctic summer and then the Antarctic summer, which are at opposite times of the year.  Arctic tern fact: If birds were to earn frequent flyer points, Arctic terns would earn more air mileage credits than any other creature. 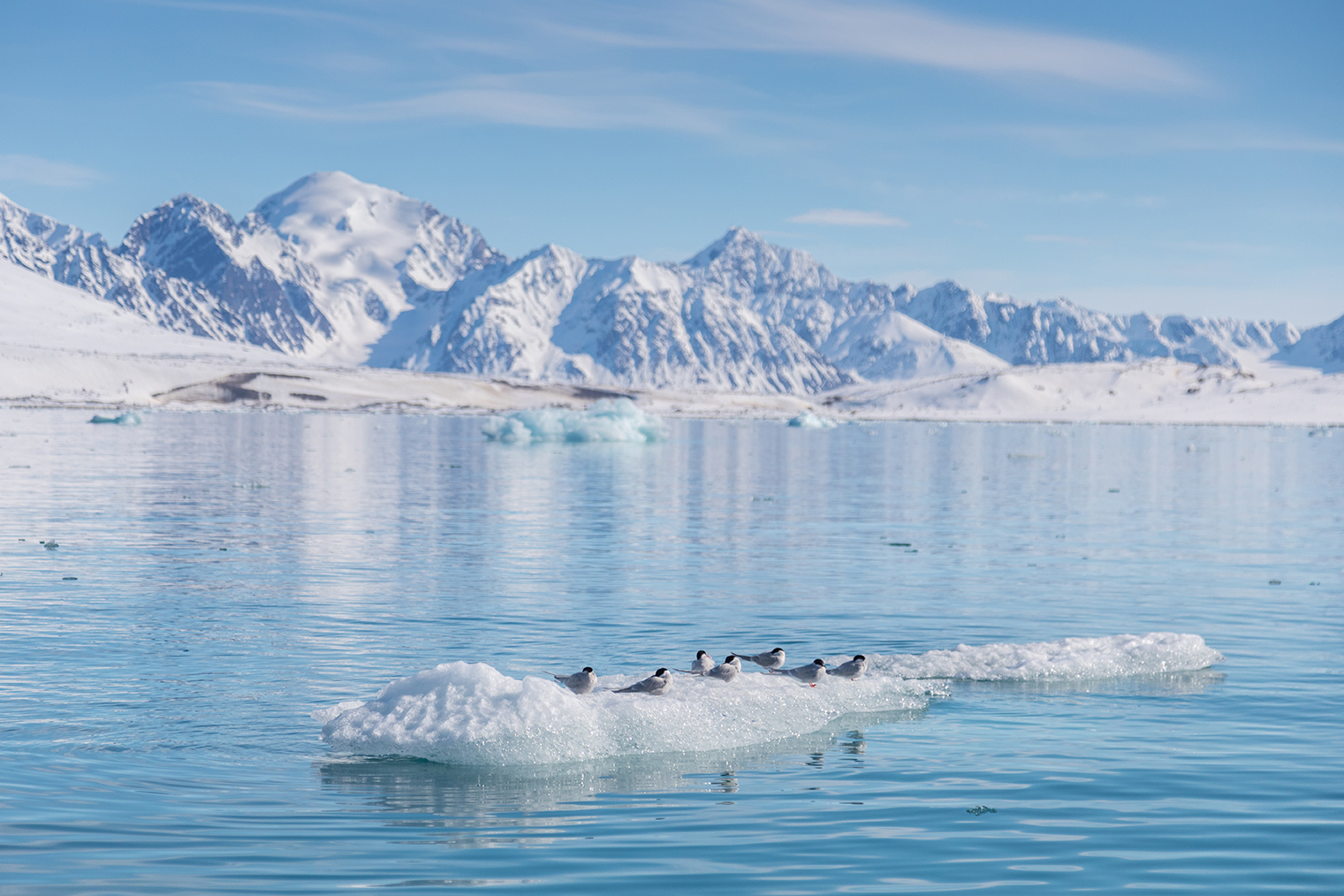 Arctic terns are often seen along the coastal areas of the Norwegian Arctic archipelago of Svalbard. Photo: Acacia Johnson

So where do Arctic terns live in regions you’re likely to visit on a polar expedition? Arctic terns are common along the coasts of Svalbard. In fact, Arctic terns are the only species of terns that nests in the Norwegian archipelago of Svalbard, the largest island of which is Spitsbergen, which is known for an abundance of wildlife, including birds. Arctic tern fact:  Arctic terns frequently breed on islands—especially where there are no Arctic foxes to prey on the them. They also nest on beaches and deltas where they lay their eggs in small hollows in the ground, digging into gravel-like surfaces.

And where do Arctic terns live in other Arctic regions? Arctic terns have been observed on the Greenland ice Sheet, which guests of Quark Expeditions visit on  Greenland Adventure: Explore by Sea, Land and Air voyage and Greenland’s Kitsissunnguit archipelago, located in the south of Disko Bay, is known breeding ground for Arctic terns. The UK population breeds mostly on the north and west coasts, particularly Ireland and Scotland. And where do Arctic terns live in more southern regions? Perhaps it’s not so much a question of “live” but where Arctic terns can be seen during their migratory route. Arctic terns are frequently seen on the eastern coast of South American, western Europe, Australia, New Zealand and on the Pacific Islands.  Arctic tern fact: And, of course, you can also see Arctic terns in Antarctica, where they spend the summer, feeding on fish and krill.  where they feed on fish and krill.

How far does the Arctic tern migrate?

According to the World Wildlife Foundation, Arctic terns undertake one of the longest migrations of any bird species on the planet. Basically, they breed the Arctic (though the United Kingdom, as well) during summer months, and travel all the way to Antarctica. So, how far does the Arctic tern migrate in that annual feat? Estimates vary. Arctic tern fact:  Some scientists state the yearly migration can range from 44,000 miles to 59,000 miles. An Arctic tern, in its lifespan, typically flies a distance equivalent to three round trips to the moon. 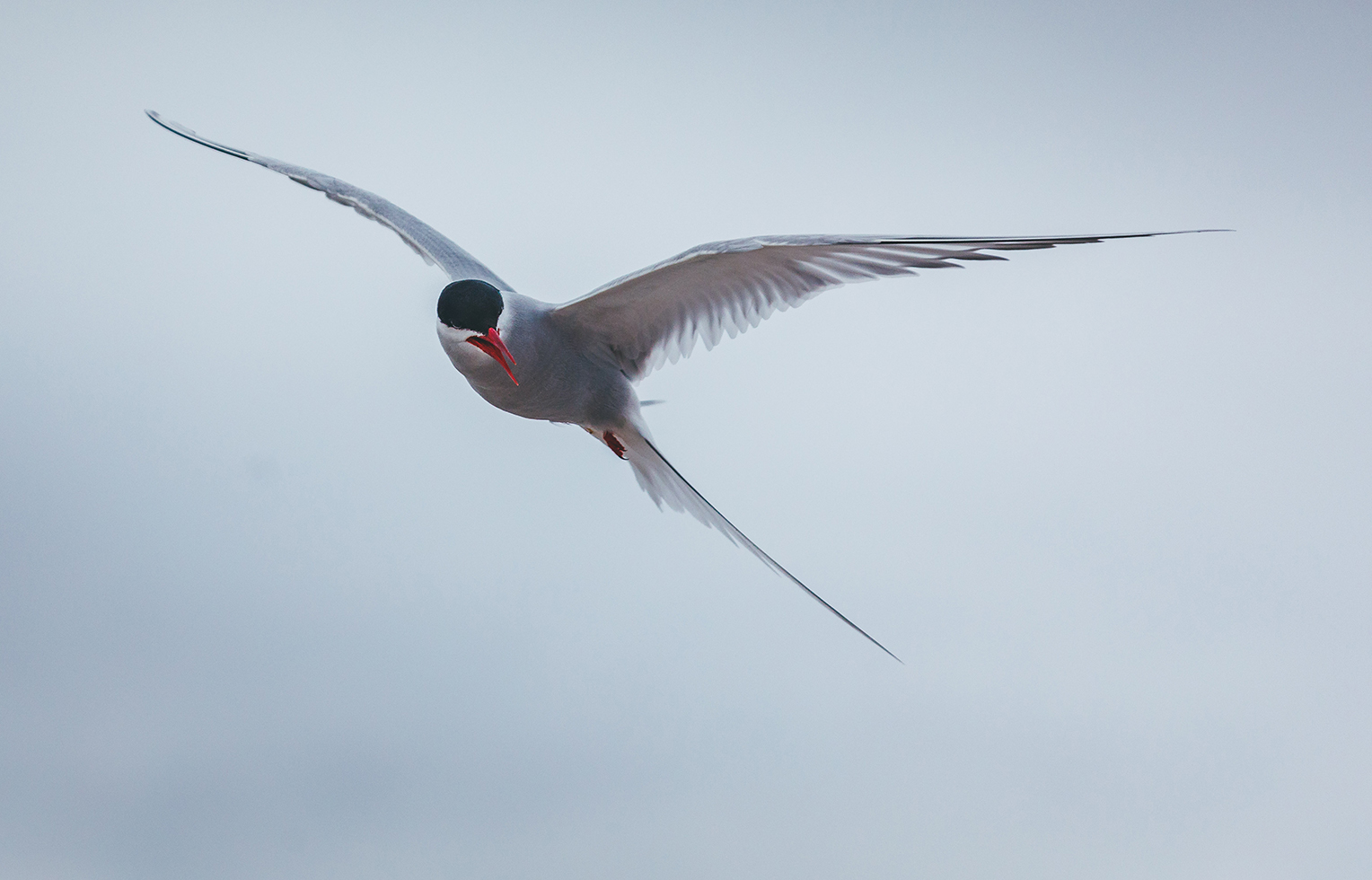 Some scientists estimate that Arctic terns' annual migratory route ranges from 44,000 to 59,000 miles .
Their migration is the longest of any bird species on the planet. Photo: David Merron

It’s not always a question of how far does the Arctic tern migrate— but how are they capable of doing so? Arctic terns don’t necessarily fly in a straight line. Arctic tern fact: Luckily, they’re built for long flights. Ornithologists explain that Arctic terns like to glide in the air. They’re lightweight, weighing 3.2-4.2 oz (90-120 g), which means the ocean-driven wind can carry them for long distances with little effort on the part of the bird. So, clearly, weight and design should be factored in when exploring how far does the Arctic tern migrate? Arctic tern fact: Arctic terns can sleep and eat while gliding, and they’re able to hover in midair much like hummingbirds.

For information on other birds that thrive in the Arctic, listen to ornithologist Noah Strycker, author of “Birds Without Birders,” in this webinar titled, “How Birds Survive the Arctic.”

So, why do Arctic terns migrate to Antarctica?

A migratory route that’s between 44,000 miles and 59,000 miles. Of course, it’s only fair to ask why do Arctic terns migrate to Antarctica? Why go from one pole to the other? 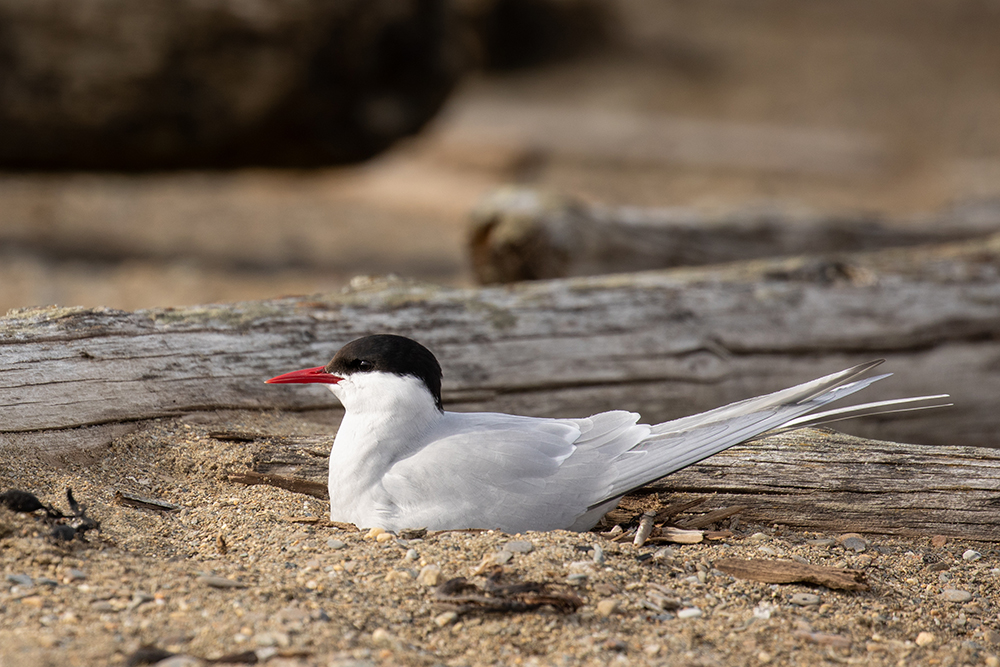 Where can I satisfy my passion for bird-watching in Antarctica?

So, you know that Arctic terns spend part of the year eating and taking in the sun in Antarctica. But there are plenty of other bird species to observe through Antarctica. Noah Strycker, the ornithologist mentioned above, writes about the variety of birds he’s seen in Antarctica in his blog Polar Bird-watching with record-setting ornithologist Noah Strycker. In addition, passionate birder and seasoned expedition guide Acacia Johnson makes note of some of the interesting birds she’s photographed during her Antarctica journeys, such as the black-browed albatross, king penguins and long-tailed meadowlarks. If you’re keen to go bird-watching in Antarctica, consider one of Quark Expeditions’ itineraries that focuses specifically on our winged friends, such as South Georgia and Antarctic Peninsula: Penguin Safari.  In the Arctic, guests on our 15-day Three Arctic Islands: Iceland, Greenland, Spitsbergen could see not only Arctic terns, but skuas, long-tailed ducks, kittiwakes and ivory gulls. 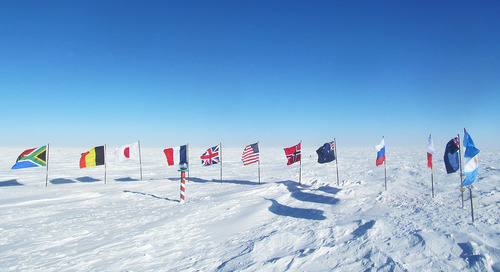 No one country governs or owns Antarctica. But tourism, however, is mostly managed by the International Ass... 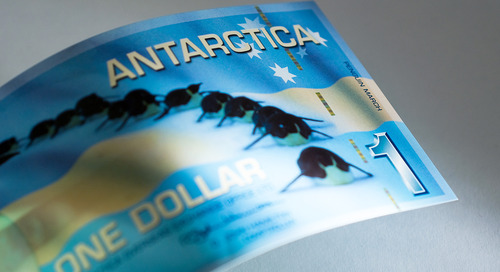 Did you know that there’s an Antarctica dollar? If you’d like to collect this rare Antarctica currency, boo...