A perfect portrait of an Antarctic ambassador, captured by a Quark passenger on our Antarctic Explorer voyage in Feb 2013.

Leopard seals (named as such for their characteristic spotted coats), are one of the primary predators in Antarctica. In the wild they can survive up to 15 years, and are considered the most fearsome of all seal species.

In this video from National Geographic Live, Photographer Paul Nicklen describes how he wanted to understand more about leopard seals. He headed to Antarctica and got right into the water to get up close and personal with these amazing creatures...and got a surprise! 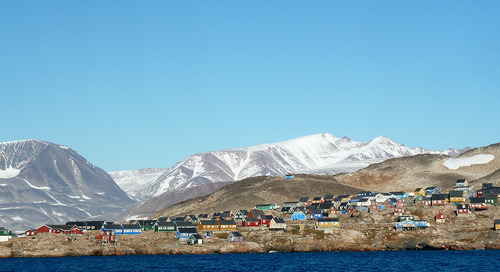 To the Arctic with Quark Expeditions

We sat down with Quark's Polar Travel Manager Terri Chalmers and asked her to tell us a little bit about he... 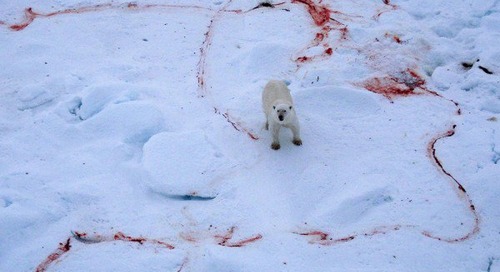 Lunchtime in the Arctic

A polar bear looks up at a passing ship full of Quark passengers. This polar bear has just finished having ...