Marine archaeologist KT Budde-Jones had always dreamed of taking an Antarctic expedition. In fact, she had been saving for one for 15 years. But as with many things in life, there just never seemed to be a good time to go. 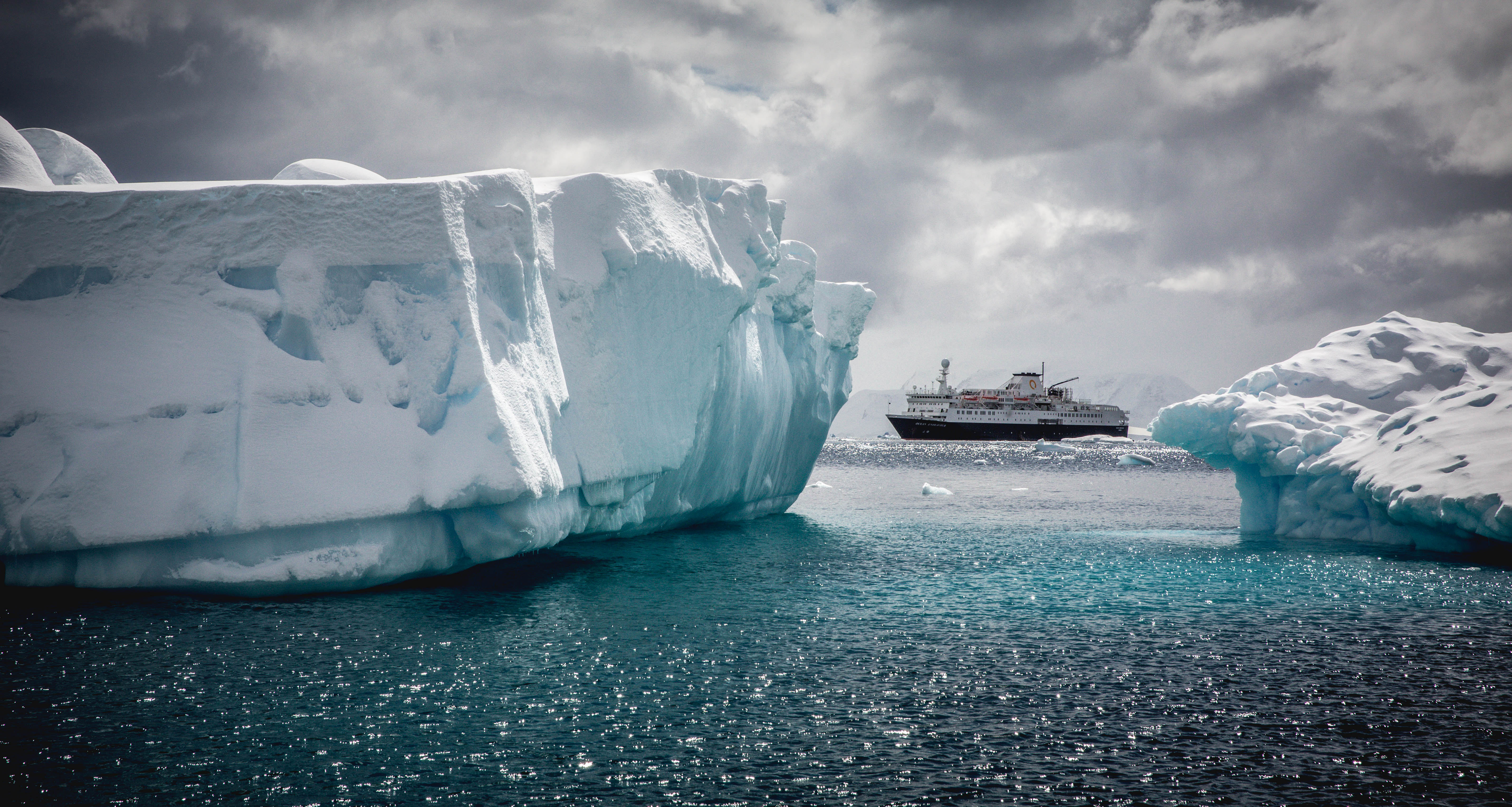 “About five years ago, I had breast cancer,” KT recalls. “I went through a year of chemo and radiation and trials and tribulations, and I told myself at the time, if I get to the five-year point, you know, make it that far, I am going to treat myself to a trip to Antarctica.”

Exceeding Expectations Before Her Polar Cruise

KT is no stranger to adventure holidays. She and husband Syd Jones were members of treasure hunter Mel Fisher’s crew. If you’re unfamiliar with Fisher’s story, it’s fascinating: The crew found the wreckage of a Spanish galleon off the coast of Florida – it contained gold, silver, coins, jewelry and precious stones worth a total of $500 million.

With Naomi’s guidance and advice, KT booked her Antarctic expedition in March, with a departure the following January, but her adventure began immediately.

“I live in Florida. Do you know how hard it is to find winter clothes here, especially in summer? I grew up in Wisconsin, but back then you had that big, heavy, quilted underwear, and I didn’t know where to start. I must have driven Naomi crazy,” she says, laughing.

Naomi was able to walk KT through the process of acquiring the appropriate clothing, both locally and online, for her polar cruise.

“And then I would put everything in the spare room as I found the piece of clothing or got something,” KT says. “It would go on the bed, and I would look in the room and go, ‘Yup, I’m going to Antarctica.’ My husband didn’t quite understand. I told him, ‘It’s called travel foreplay!’ Any woman will understand what I mean.” 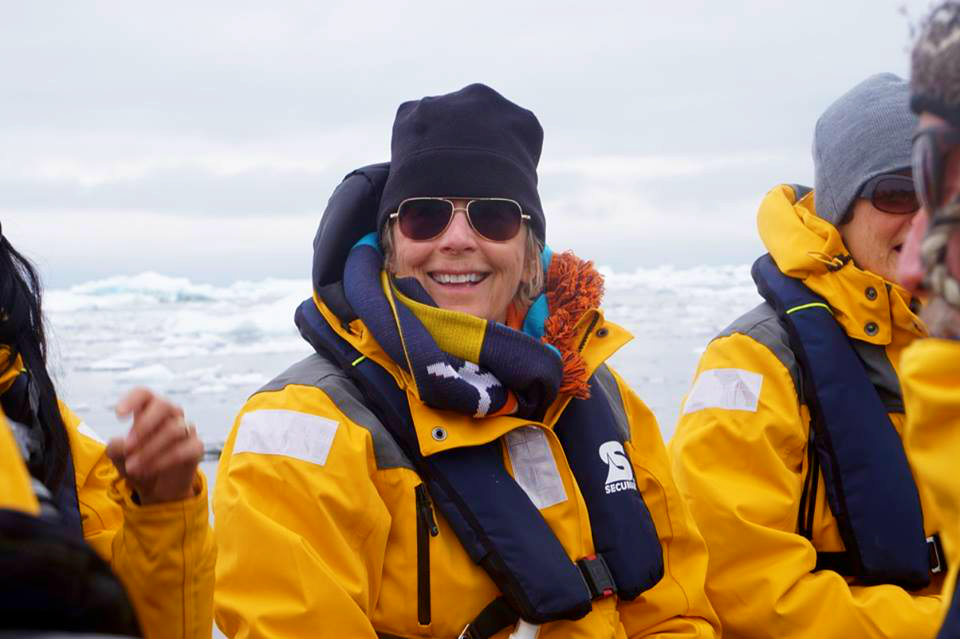 The Reality Was Better Than the Buildup

KT, Syd and their fellow passengers flew to Ushuaia to meet their ship, Ocean Endeavour. Once they checked in and had been shown to their cabins, KT squealed with delight. “I am not a fancy-schmancy girl, but it was a comfortable cabin,” she explains. “It wasn’t like cruise liners. It was just a nice, comfortable warm room – you sort of felt like you were at home.”

The crossing to Antarctica was spectacular, and KT appreciated Quark’s efforts to immerse the passengers in the experience of an authentic polar cruise. Educational programs prepared them for the adventures they’d have on the 7th continent, and the food was amazing.

“I was blown away,” says KT. “I’m always concerned because my husband and I are vegetarians, and I thought, ‘How are they going to deal with vegetarians on a ship that is out for two weeks?’ From Day One to the last day, all the food was fresh.”

Internet was available on board, but KT and Syd ignored it in favor of reading, talking to each other and the other guests. During adventure holidays, time on board is for enjoying the spectacle of passing icebergs and meeting interesting people, she says. But as good as things were aboard the ship, they got even better when the moment came to go ashore. 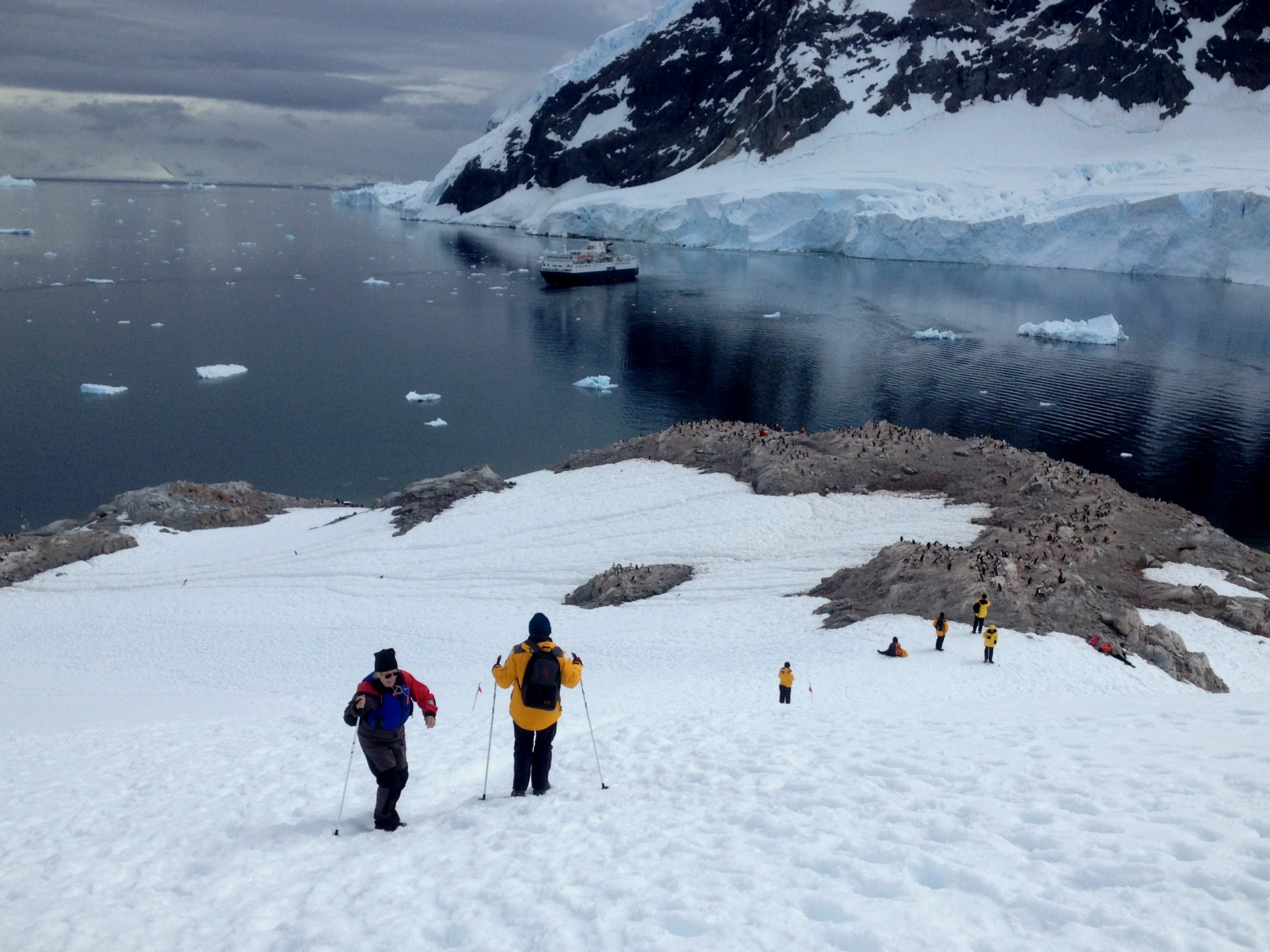 Every day is eventful one during a polar expedition. After the breakfast speaker gives an opening lecture, you can kayak, cruise in a Zodiac or explore ashore.

Virtually every moment of the trip was memorable, but if KT were to pick a favorite, it would be the afternoon she and Syd were sitting on a ridge and could see a long way in the clear, cold air.

“We could see the mountains in the distance, and I felt like I was visiting an alien planet,” she says. “It wasn’t mine to exploit. It wasn’t mine to conquer or to have. It was only mine to visit and appreciate and leave untouched.”

KT has traveled to the Galápagos Islands, the Amazon and Africa, and has discovered a shipwreck with half a billion dollars in treasure aboard. None of it, she says, compares with the Antarctic expedition she took with Quark.

“My husband was a little worried that after 15 years of thinking about it and 10 months of planning it there was no way it could possibly be as good as it was in my mind. And the rare thing is, it wasn’t just as good – it was 10 times better than I had even dreamed of,” she marvels. “Quark never missed an opportunity to make it special, to make it easy, to make it phenomenal.”

Who’s up for a hike in Antarctica? 🤔🇦🇶 See you there! #TravelwithQuark

Interested? Contact one of our experienced Polar Travel Advisers to learn more about pristine Antarctica and the best ways to explore the 7th continent! 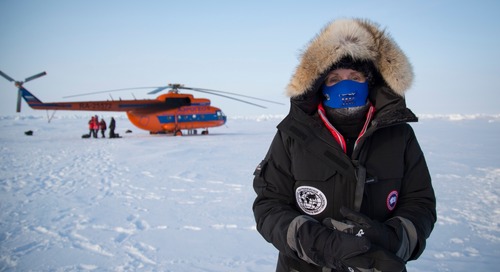 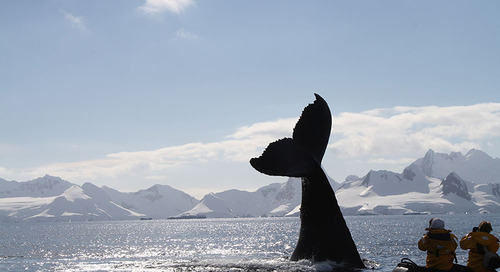 Celebrate World Oceans Day 2017 with Quark: Our Oceans, Our Future