5 Surprising Things I Learned on My North Pole Expedition

Dani Plumb completed her Master of Arts in Sociology and Equity Studies in Education at the University of Toronto. After graduation, she moved to Taiwan to teach English prior to beginning her career in marketing. Today, she operates a video production and photography company with her husband and is the Video Coordinator for Quark Expeditions. 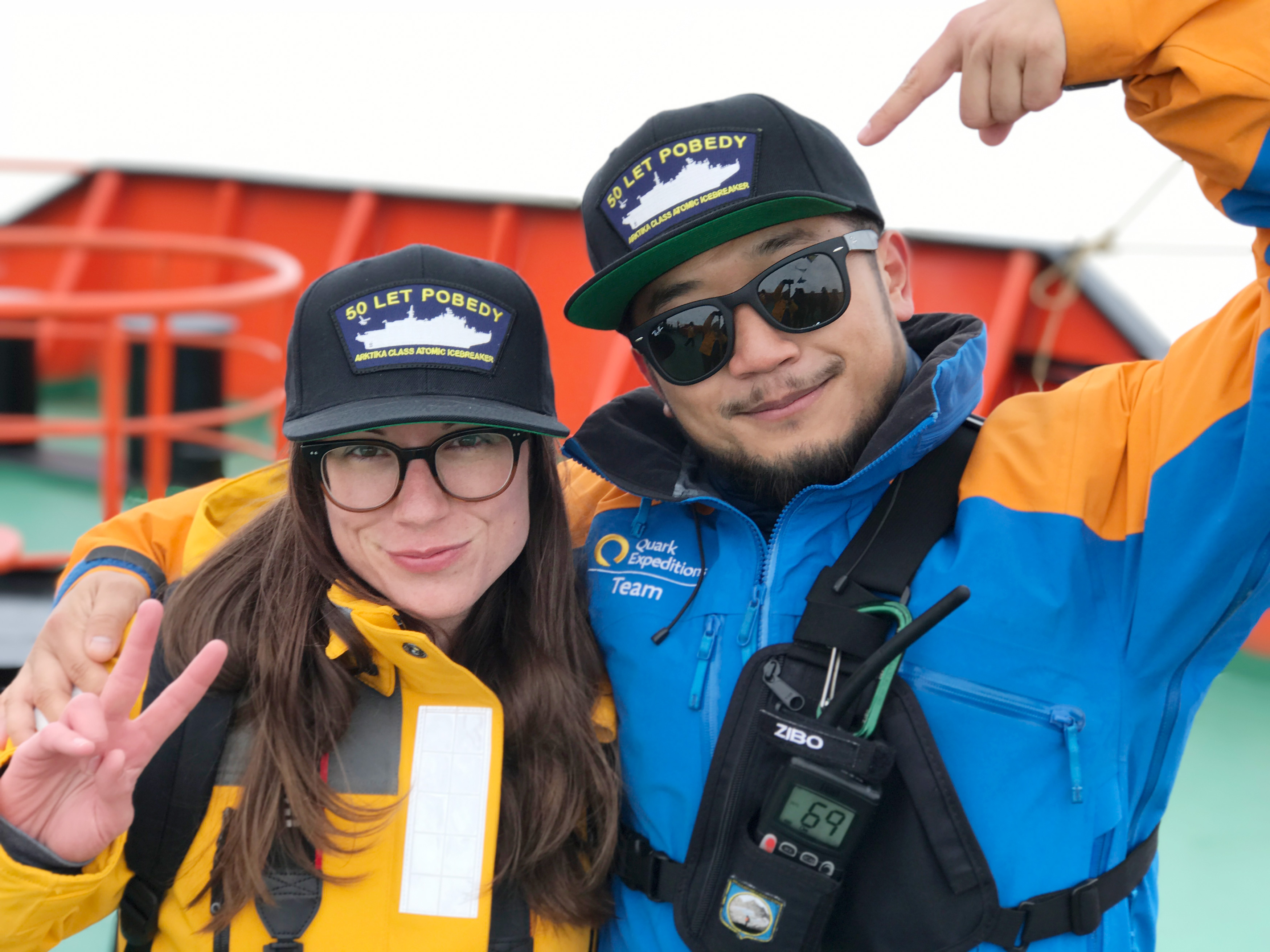 This summer, I got to travel to a place I never imagined I would actually go by journeying to the geographic North Pole, the one place where everything else on the planet is south. I was there to help manage Quark’s virtual reality video project. Almost immediately, I fell in love with the ship, one of the world’s most powerful nuclear icebreakers, 50 Years of Victory.

The whole experience delivered in so many ways: the spellbinding crush of the moving ice sheet coming at us, perpetual daylight and being one of only 276 people who get to make the journey each year made the one destination I don’t think I’ll ever top (unless space travel becomes an option).

I wasn’t expecting just how much I enjoyed being onboard, connecting with the passengers and staff. The one thing I wasn’t sure about as we prepared for this epic trip was spending so much time on the ship en route. When I went to Antarctica, we had multiple shore landings nearly every day, but powering your way through the Arctic Ocean’s thick, multi-year sea ice to the North Pole takes four to six days.

Thankfully, that wasn’t the case at all. In fact, between engine room visits, expert lectures and presentations, sports and games, and celebrations, there was never a dull moment. Anytime the weather allowed, I was out on deck or in the bridge capturing the moment and totally hypnotized by the conveyor belt of ice stretching all the way to the horizon.

Looking back, my North Pole expedition was unexpected in a lot of ways. Here are 5 other surprising things I learned.

1. There Is No ‘Typical’ Polar Passenger

It wasn’t that long ago that polar expeditions were reserved for explorers and scientists. 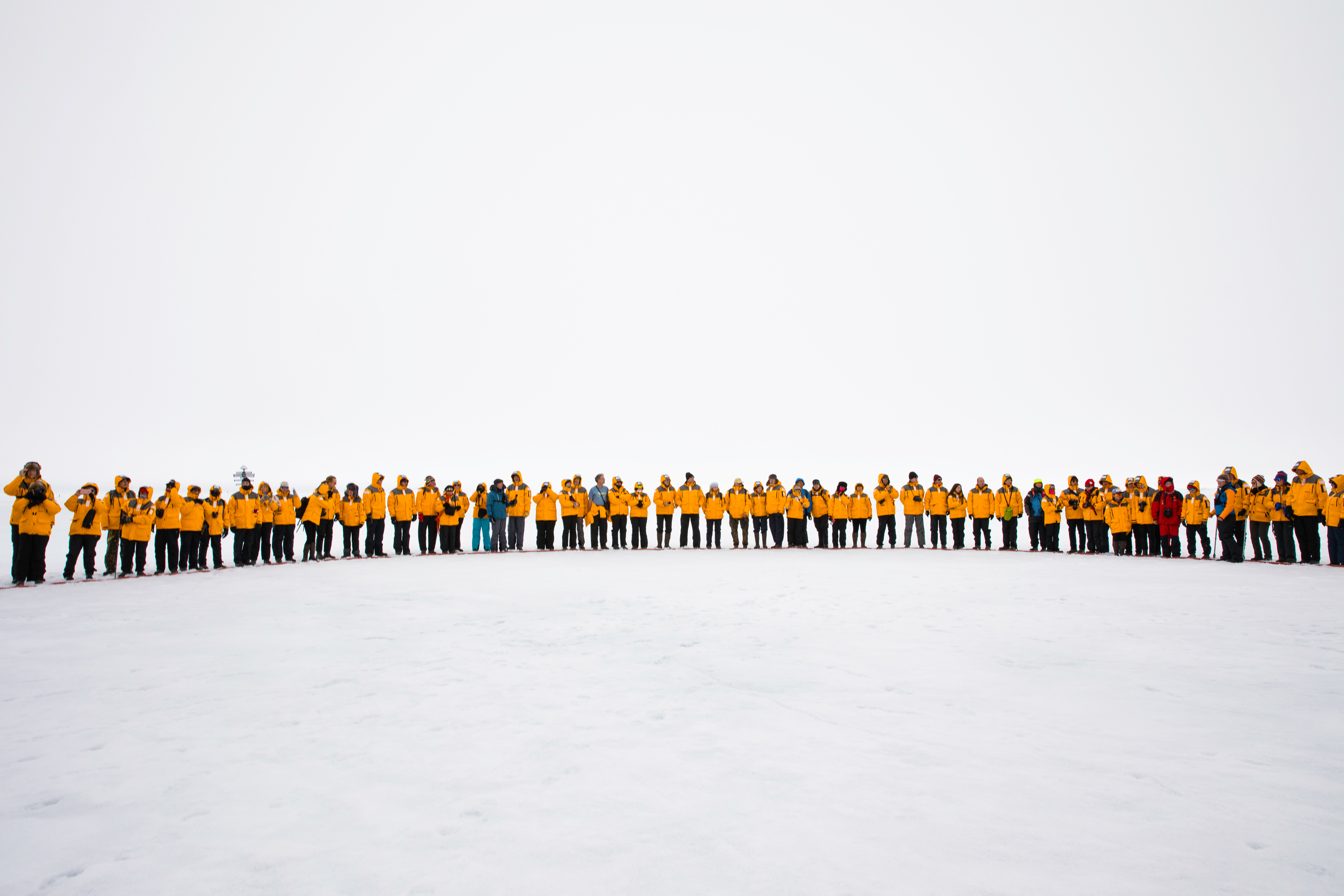 North Pole passengers standing together for the Circle Ceremony near the North Pole. Photo: Dani Plumb

There were people from all over the world on our North Pole cruise, with three distinct language groups and several countries represented. On our voyage from Murmansk, Russia, through the Barents Sea to the geographic North Pole and back again via Franz Josef Land, I met a wonderful array of travelers, each with an infectious passion for travelling off the beaten path.

North Pole expeditions are traditionally one of Quark’s most relaxed voyages, with the most days at sea, which gave me plenty of time to get to know my shipmates. I’ve traveled to Antarctica with Quark, as well, and really noticed the difference in pace between the voyages. Every day in Antarctica was go-go-go! This expedition gave me more time to digest my surroundings each day. When we weren’t out on shore landings, heli flights or on the ice, I spent time with the passengers and staff in the dining room, lecture hall, library, Aft Saloon, or in activities around the ship.

I met people of all ages, nationalities, and abilities on the voyage. Two men were actually on crutches throughout the trip; one had broken his foot right a few days before departure. I was amazed at how well he managed to get around, even heading out on helicopter sightseeing excursions and landings. 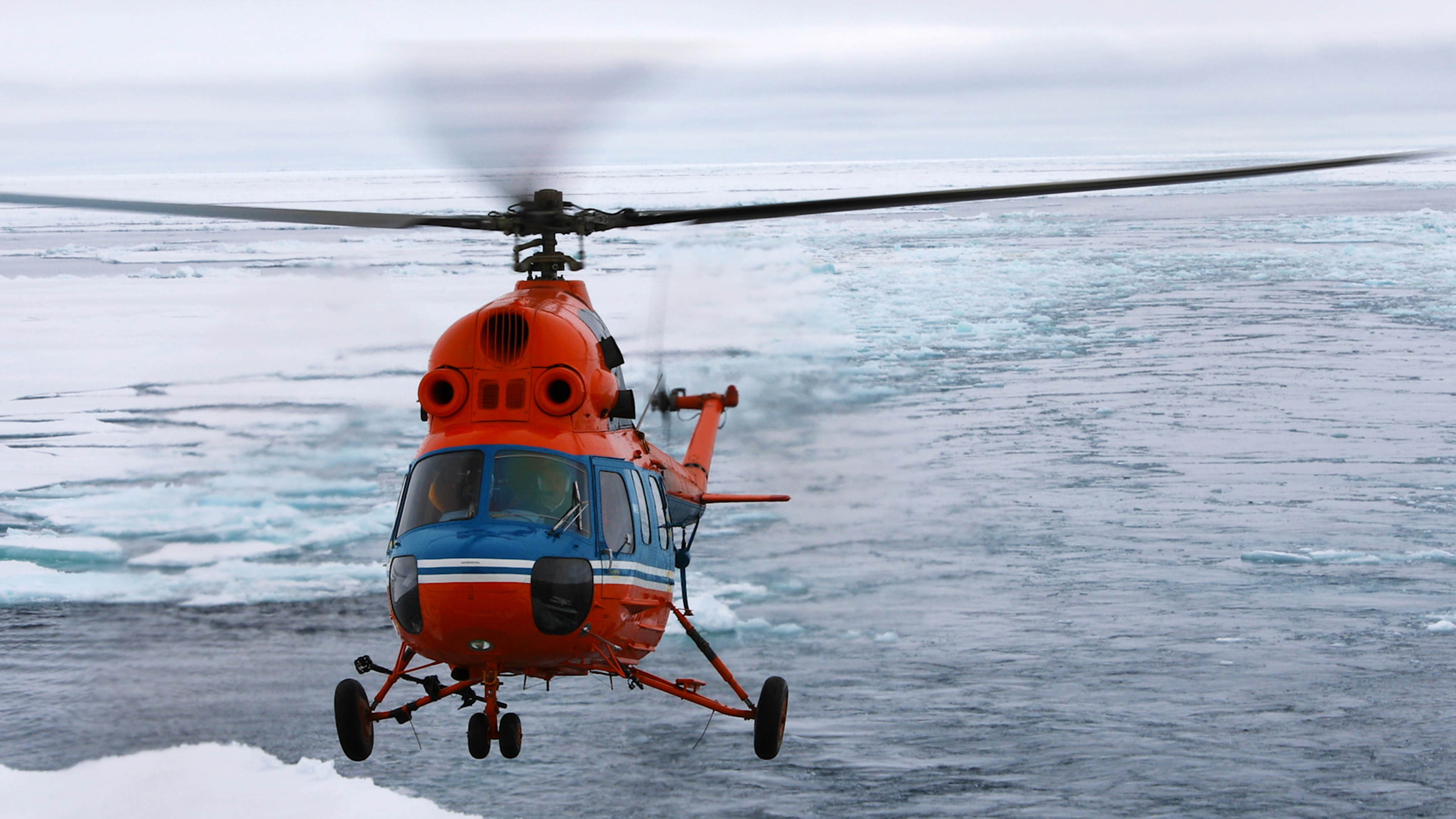 Onboard helicopters allow hydrologists and ice specialists to scout out the conditions ahead, and give passengers a bird’s eye view of the Arctic sea ice from high overhead on sightseeing flights. Photo: Dani Plumb

We had the freedom to choose our activities, making it as relaxed or action-packed as each person wanted their experience to be. There was always enthusiastic company to join me, and the positive energy I felt at each new wildlife sighting or great photo captured was amplified through others. Whether it was our sculpture class, volleyball or ping pong tournament, BBQ on the deck, North Pole celebrations on the ice, or any of the other events, there were always others who were also super excited and grateful to be a part of it.

We tend to think of other regions of the Arctic as great places to discover Arctic history and Indigenous culture: Greenland or Canada’s High Arctic, for example. I really wasn’t expecting that our North Pole cruise would be such a powerful cultural experience.

For starters, there are almost 150 crew on board 50 Years of Victory, which is a military vessel that typically acts as an icebreaker for commercial ships. The same crew that performs those icebreaking duties to guide other working vessels through the Northern Sea Route--along the Russian Arctic coast from the Kara Sea, along Siberia, to the Bering Strait--stays on board to guide us to the North Pole. The hospitality staff spoke some English, but there’s very little English spoken amongst the rest of the crew. 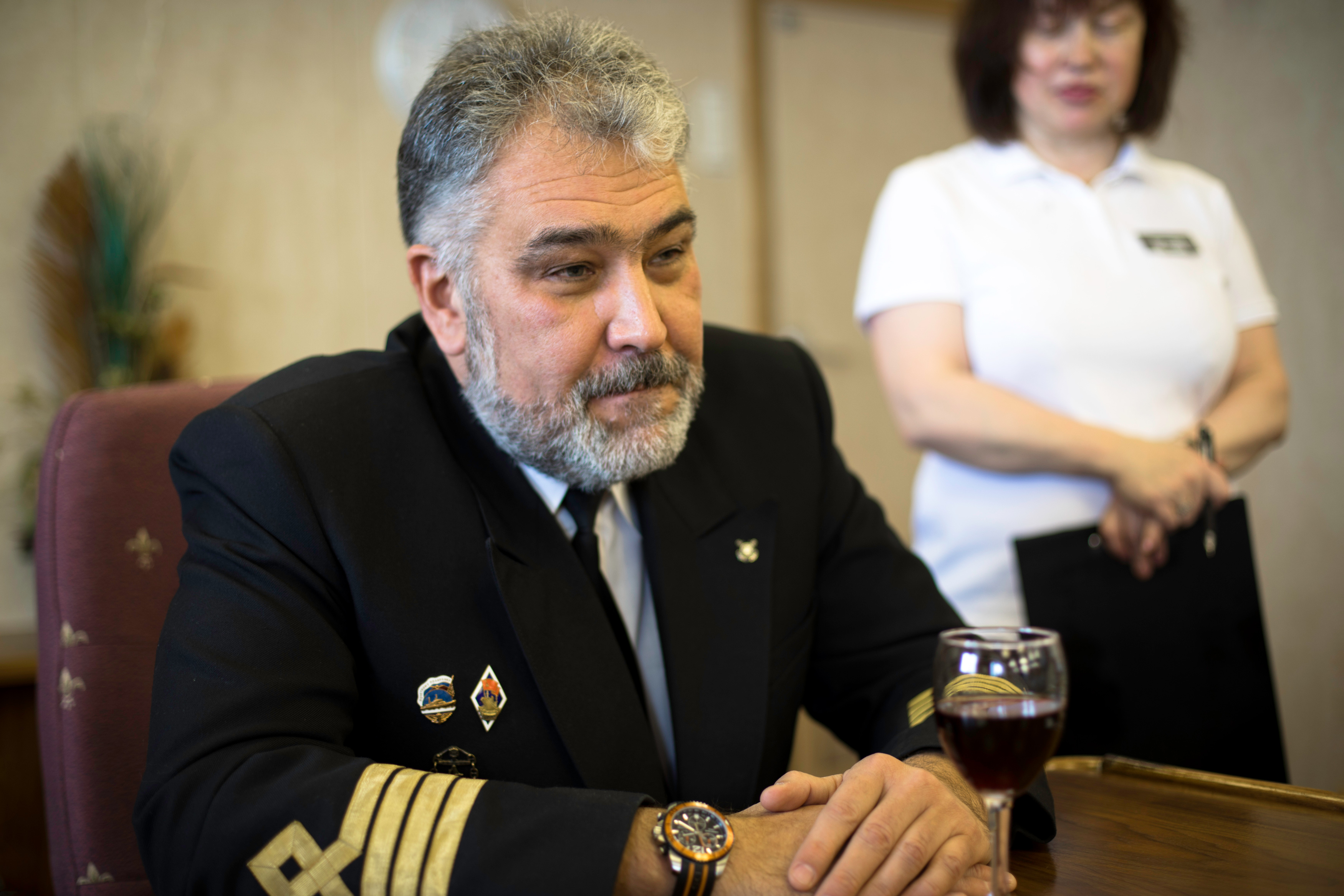 Private cocktails with the Captain of the 50 Years of Victory. Photo: Dani Plumb

As a result, communication on board en route to the North Pole was a more complex exercise. But despite language barriers, the experiences you’ll have in the Polar Regions will inspire you to go to great lengths to communicate with those who are sharing it with you. 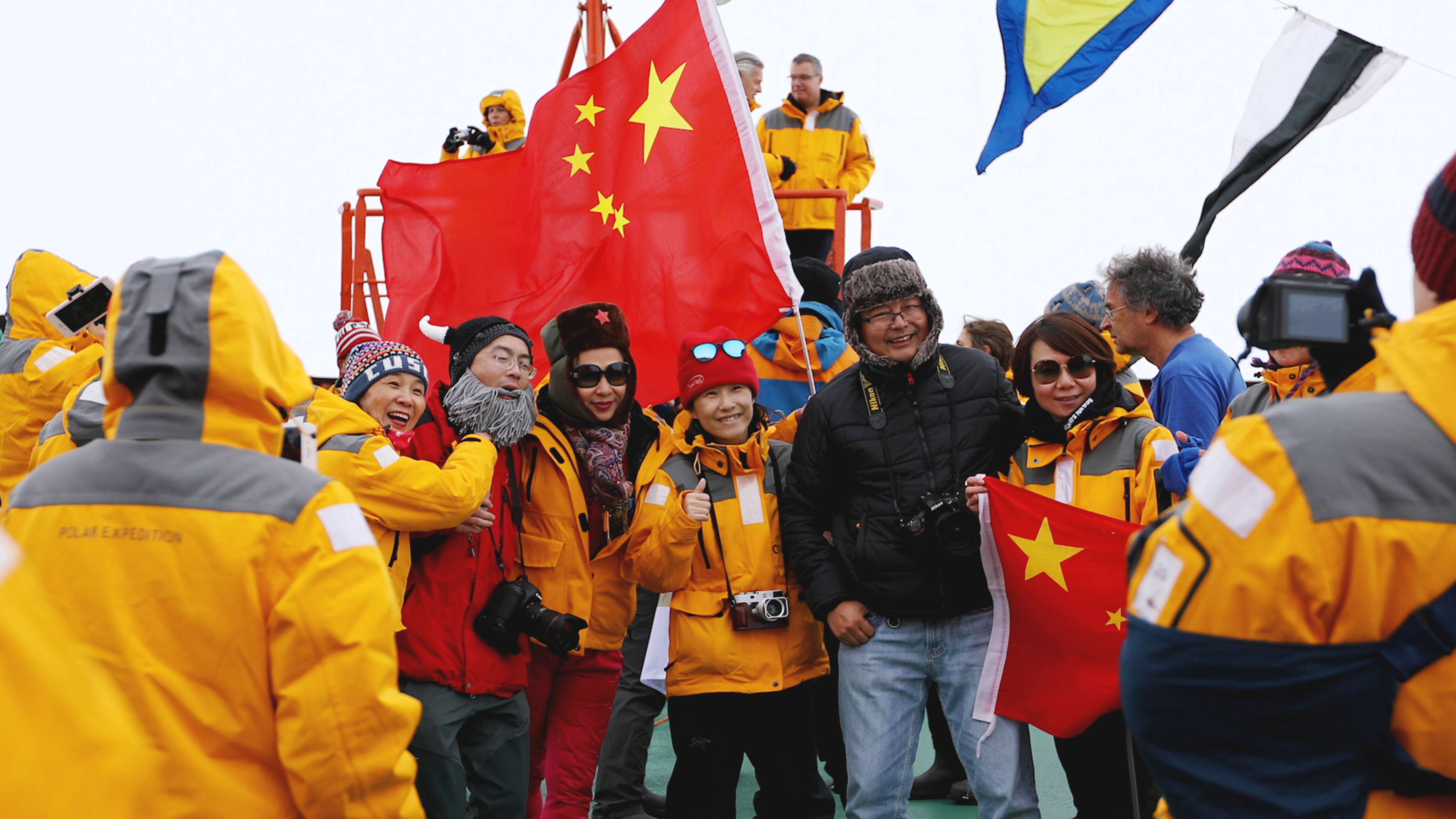 I befriended an older Danish gentleman who is also really into photography, for example. He spoke some English, so it was a fun challenge trying to figure out how to talk to one another. There was a lot of miming and hand gesturing, but we’d find ways to communicate.

Being surrounded by Russian speakers was one thing, but it was also interesting to be introduced to various aspects of Russian culture and traditions. One night, we had a Russian-themed dinner. The service staff all dressed in traditional party clothes and served us delicious Russian cuisine. 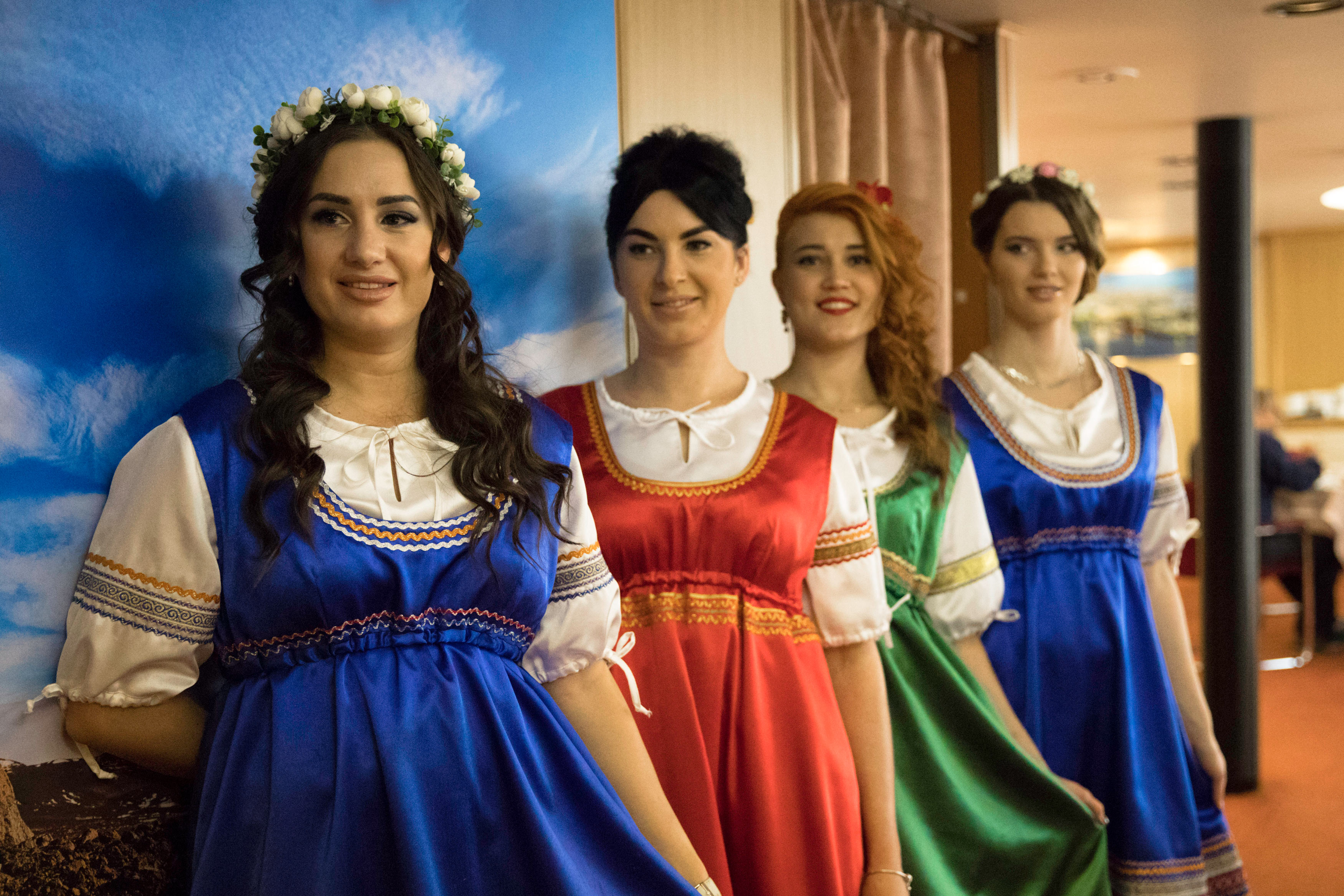 4. The Midnight Sun is Completely Surreal

Again, this is something I’d heard plenty about, but felt totally unprepared when I was actually there and living it.

At first, I found it challenging to get to sleep with streams of light filtering in around the window coverings late at night (but conveniently there was an extra curtain around my bed to block the light). Every moment felt like the beginning of another fantastic day, and I literally had to force myself to sleep at night. As a photographer, I found the light so pure and pristine… it was perfect for capturing the brilliant hues of the water, ice and neverending sky. I wanted to be out on deck all the time. 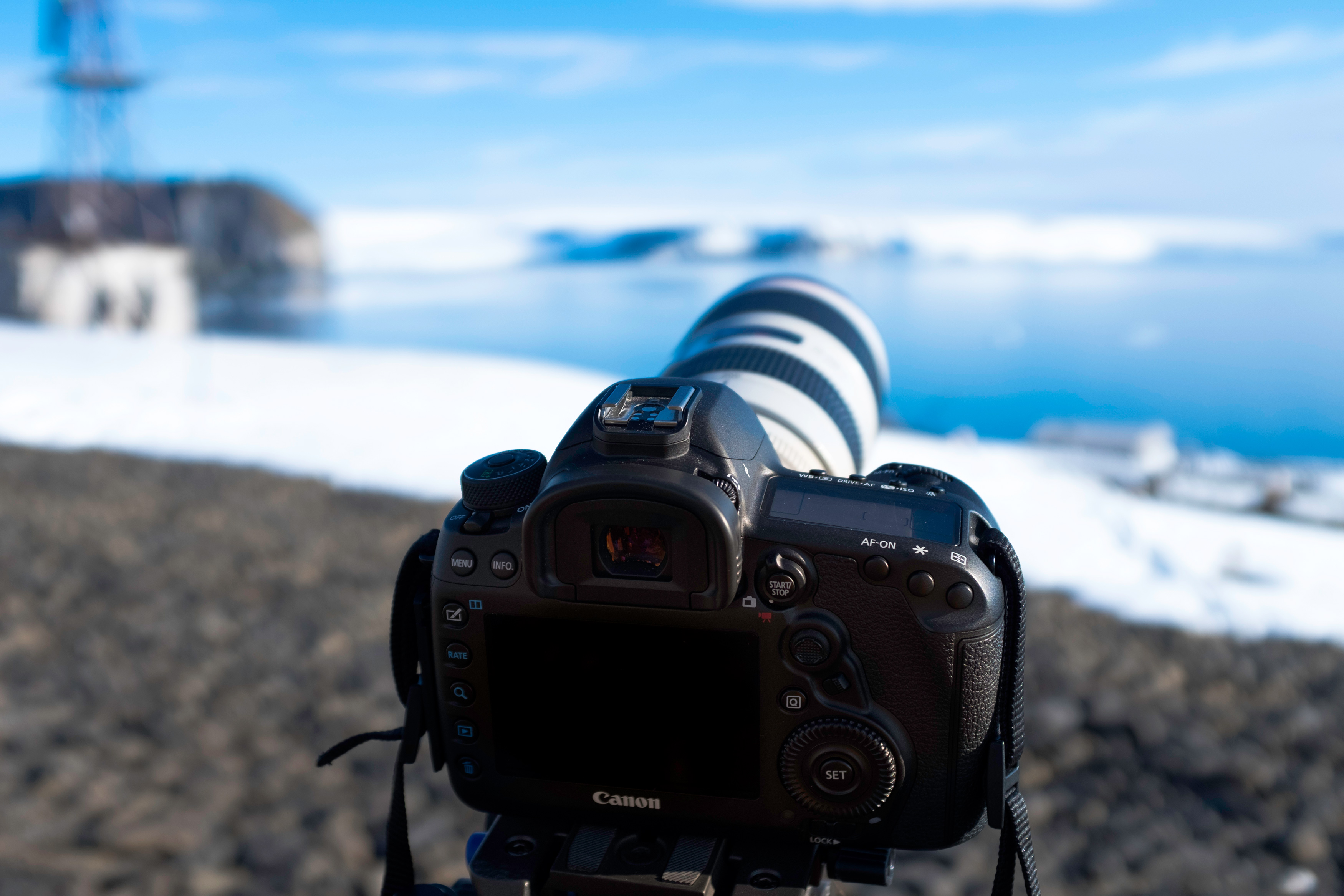 Photographer and videographer Dani Plumb shared her gear bag contents with us:

Note: I decided to leave my travel gimbal at home save space and pack lighter, but this could be good addition for video!

5. You Will Meet the BEST People on a Polar Expedition

I just can’t emphasize it enough: the people you’ll meet on a polar expedition are some of the most fun, open minded, amazing people on the planet. We had one guy on our trip who wore his bathrobe, muck boots and winter hat for reaching 90 degrees North and other celebrations throughout the voyage. Another passenger picked up a handcrafted yarn beard in the Polar Boutique and wore it throughout the trip. They were having so much fun and you couldn’t help but smile along with them.

And that’s what’s so awesome about this experience--there’s people of all kinds. There are some super outgoing people, some bookworms and historians, some photography nuts, some introverts who are just chill and taking it all in. I can’t think of another place on earth where you could put such diverse, wide ranging personalities all together from all over the world and have them just mesh the way they do in the Polar Regions; expeditions truly bring out the best in everyone.

It’s all about the experience, and each of these people give it their own unique, awesome twist. In our shared polar passion, we learned quickly that we have more in common than one might think. These magical, pristine places are so much bigger than any differences that might lie between us. 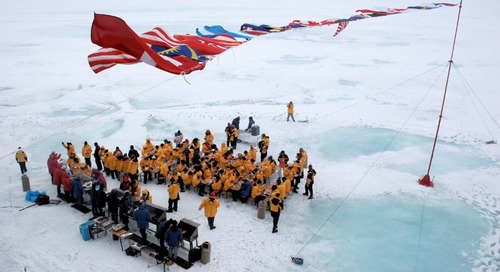 Standing On Top of the World at the North Pole: The Ultimate Travel Goal

Take an expedition to the North Pole for unrivalled, authentic exploration, submersive polar education and ... 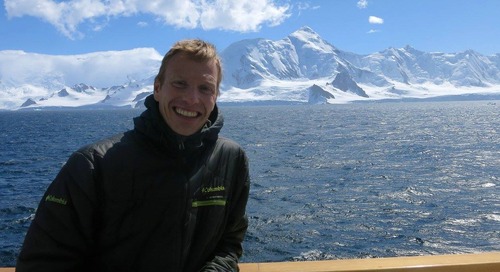 Polar Expedition Stories: My Trip to Antarctica Aboard ‘Ocean Endeavour'